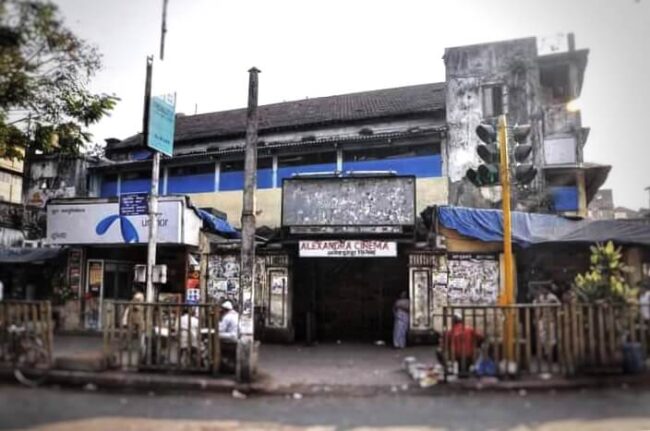 Alexandra Cinema, mostly referred as Alexander by its local patrons, was situated near the infamous red light area of Kamathipura in Mumbai. It attained notoriety for screening sleazy adult films and putting up even dirtier posters than the actual movie content which created a lot of controversy.

The theatre commenced operations in pre-independence era of 1921 and was owned by Ardeshir Irani and his co-partner Abdullay Esoofally. It initially screened mainstream English films which used to release first in prime cinemas like Regal, Metro, and Eros etc and then make their way to Alexandra after almost completing their theatrical run

Keeping its core audience in mind, Alexandra devised a unique strategy to pull in the non-English speaking localities to watch their films. It used to re-title the English films in Hindi and even write a plot summary in Hindi on a notebook page and paste it at its entrance like a notice. “Aur phir James Bond ghus gaya villain Blofeld ke khoofiya ilaake mein. Aage pardhe par dekhiye…” something to this effect prepared the patrons for what they would see on screen. Some of the Hindi titles for Hollywood classics were really funny. 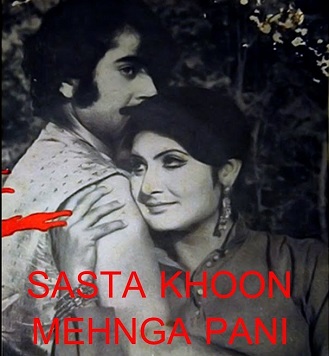 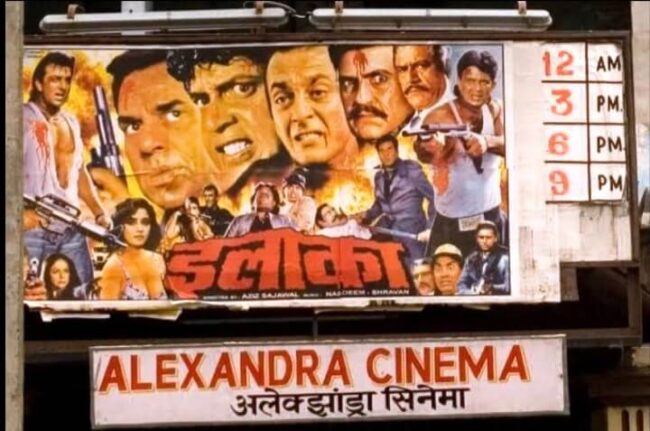 Some more level of hilarity was achieved with ever green classics like Mackenna’s Gold (1969) translated as “Mastan Ka Sona” and The Guns of Navarone became “Nevaaji ki Banduk” (1961).

It was due to this translation that the non-English speaking crowd would go to Alexandra as the tickets were not only dirt cheap but they also knew what to expect on screen from its Hindi title and the crude synopsis at the entrance. The “creative” titles were attributable to a gentleman called Abid Aseer whose whereabouts are unknown today.

crowd and would provide them better seating away from the regular ones who indulged in other unmentionable activities instead of watching the movie.

Gradually, Alexandra graduated to screening B and C grade English films. Its posters attained such infamy that school buses around the area were asked to divert their route in order to avoid the theatre; most pedestrians especially ladies would invariably cross the road to the other side if they unknowingly happened to pass by this cinema. 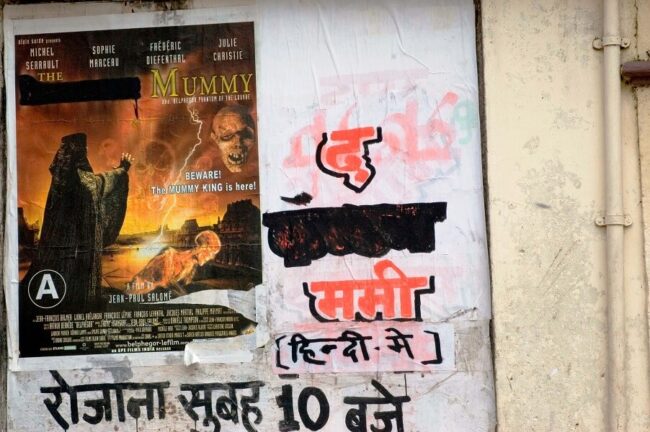 Many teenage school and college students would get attracted to the film’s posters and venture inside which led to the staff members of the school and Maharashtra College of Arts Science and Commerce, barely a stone throws away from the theatre, tear away the offensive posters in protest.

By ’90s, Alexandra also started screening re-runs of old Hindi action films of Dharmendra and Mithun Chakraborty which resonated with the taste of the locals here. The theatre would actually run housefull on a few occasions with these action packed movies giving competition to the mainstream cinema halls screening new releases.

In all these years, the theatre was ill maintained and in a pathetic condition with bugs infected broken seats and zero hygiene in its premises. There would be cat and mouse fight right under your seat even as the hero fought the villain on screen.

By late ’90s, Alexandra screened only B grade South films with Silk Smitha and Shakeela being a major draw here. In the new millennium, the arrival of internet and cheap data meant easy availability of such content on personal computer (pc) or mobile and Alexandra became a victim of this trend and downed its shutters.

In 2016, the Mumbai tabloids came with surprising and equally interesting news. The headline read as under:
“Alexandra Cinema now turned into a Mosque and Islamic Centre”

As I read the full story curiously it seems in 2011, a South Mumbai based builder Rafiq Dudhwala purchased the property and chose to donate it to Islamic NGO Deeniyat rather than converting it in to a mall or a multiplex. The external structure of the theatre remains intact but internally, it has undergone a major transformation. From a sleazy cinema hall to a sacred place, Alexandra’s evolution is indeed, one of its kind.