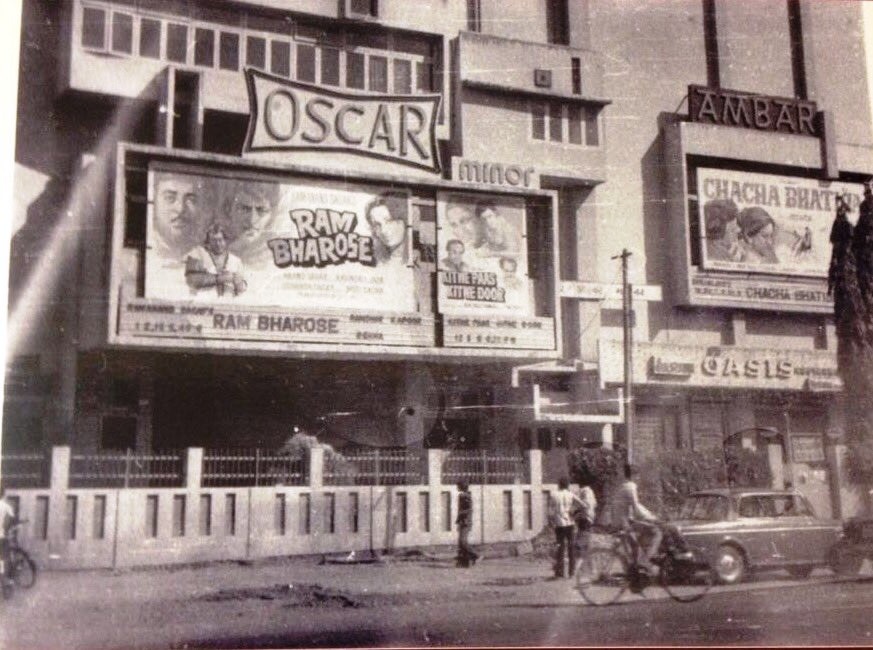 One of the first triplets in Mumbai much before Badal Bijlee Barkha at Matunga and Satyam Sundaram Sachinam at Worli; Ambar Oscar Minor cinemas were spread over an elegant three thousand sq. feet structure at Andheri’s S. V. Road, a walking distance from Andheri station. Owned by the Raheja Group, they can be termed as a multiplex of the bygone era with three auditoriums offering premium facilities to its elite patrons. Yea, a multiplex before the age of the multiplex!!

Ambar, the largest of the three, used to screen Hindi films while Oscar was known for Hollywood movies only. Minor, true to its name was a mini-plex, playing art house or small budget cinema. In most cases, big ticket Bollywood films would shift to Minor after completing first few weeks at Ambar. All the three cinemas have a share of glory in their prime.

Ambar Cinema was one of the few theatres in Mumbai to screen the Hindi version of India’s first 3D film titled ‘Chhota Chetan’. The film became a major crowd puller here with tickets selling in black at exorbitant price. People thronged the theatre to experience the never before 3D effects – a tremendous novelty factor for all.

Chhota Chetan ran for several weeks at Ambar. Later, Shiva Ka Insaaf – the first Hindi 3D movie – was also released at Ambar but that film didn’t perform to the expectations. In the ‘70s and ‘80s, Amitabh Bachchan’s films were a major draw at Ambar with Sholay (1975), Trishul (1978), Laawaris (1981) and Sharaabi (1984) running to packed houses for multiple weeks. In fact on the day Sholay released on 15th August 1975, it was raining heavily across the city and the local trains were also shut for sometime but the show went on at Ambar with a housefull board. During the release of Raj Kapoor’s blockbuster Bobby (1973), the cinema witnessed its longest queue at the ticket counter which extended right up till Andheri station.

Oscar was exclusive cinema for Hollywood films and is best remembered for playing Richard Attenborough’s Gandhi (1982) which was a huge hit here. During the release of Bruce Lee’s Return of the Dragon (1972), youngsters would try to emulate Bruce Lee’s on screen stunts on the way out of the theatre. In those days, Hollywood films would release with limited prints and so show timings were kept to facilitate reels to be shuffled from city theatres like Eros and Sterling. Some of its notable releases include Ben-Hur (1959), The Guns of Navarone (1961), The Sound of Music (1965) and Grease (1978). 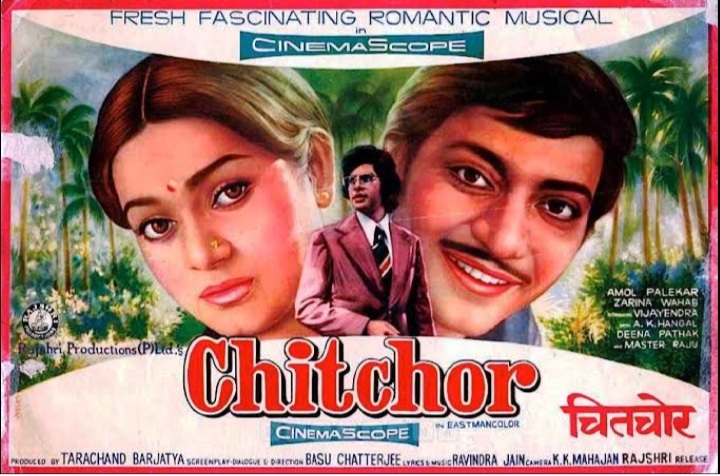 Coming to Minor, it had its unique appeal with push back seats and a plush ambience. Surprisingly, the front row tickets would be easily available at Minor even though the bigger Ambar and Oscar would run housefull. In those time, Minor also screened cartoon films and National Geographic movies for kids. Rajshri Productions had a fruitful association with Minor and many of their films in the ‘70s released at Minor to an enthusiastic response. Particularly, Chitchor (1976), one of the sleeper hits of that time, was released exclusively only at Minor Cinema in its intial weeks and later, extended to other cinemas across Mumbai.

During the ‘70s & ‘80s,the theatre also provided season pass on which you would get discounted tickets over the weekend. This scheme was similar to the one at Badal Bijlee Barkha at that time.

In the mid ‘80s, the Rahejas decided to exit the theatre business for unspecified reason. Notably, this was the time when video piracy was killing the business of single screens across the country and quite a few theatres in Mumbai had shut shop. Ambar Oscar Minor shut down sometime in 1987 and Andheri residents lost one of its prime cinemas.

The building stood as-is till the early ‘90s when the Rahejas came up with a plan to develop the once bustling cinema hall in to a shopping hub. In October 1991, the first Shoppers Stop outlet opened at the erstwhile Ambar Oscar Minor premise. The external structure of the building was unchanged but internally, the cinemas were transformed in to the elite shopping mall.

Today, what remains of Ambar Oscar Minor is the external building which its patrons still remember vividly. Interestingly, the Oasis restaurant on the ground floor which was existent in the cinema days is still functioning here. Earlier, patrons used to visit the restaurant after watching a film at the cinema trio. Now they enjoy a sumptous meal there after a shopping spree at Shoppers Stop. Well, atleast, some habits havent changed!!