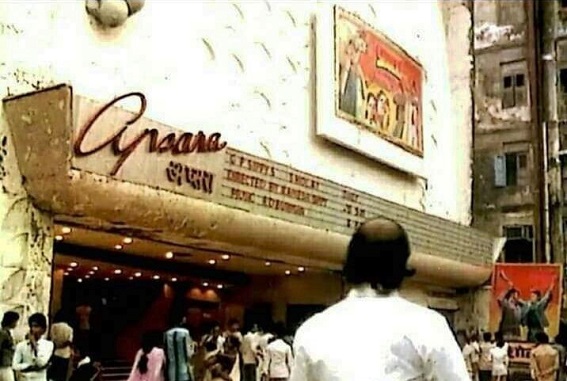 Like its neighbour Minerva, Apsara Cinema was also situated in the prime area of Lamington Road and boasted of a giant 70MM screen with stereophonic sound system. The theatre was said to belong to the Royal Family of Jamnagar and was just as aristocratic in its structure as well as overall ambiance.

True to its name, the cinema had a magnificent look with an aeroplane like vertical shaft at its entrance. The interiors included a small pond with turtles and a red carpet staircase which led to the balcony upstairs. It was one of the few cinemas in those times to have a red carpeted curved walkway to reach the balcony. A rarity in those times!!

During Rajesh Khanna’s unparalleled superstardom, his films like Safar (1970) and Mere Jeevan Sathi (1972) celebrated jubilee run at Apsara. Famously during the premiere of Safar (1970) at Apsara, a huge crowd gathered on both sides of the pavement and as soon as Khanna got out of his car, they erupted in one voice – RAJESH KHANNA. There was total chaos and girls rushed to kiss his car even as the superstar was quickly escorted in to the theatre. This euphoric incident was shared later by veteran actress Nadira who was present at the event.

In 1980, Feroz Khan chose Apsara to premiere his highly stylized action thriller Qurbani which became a super hit. The film celebrated a silver jubilee (25 weeks) run here with Housefull boards. The black market ticket rate was as high as Rs. 175 which was a huge amount in those days. Manoj Kumar’s Kranti (1981) was another blockbuster release which completed a golden jubilee (50 weeks) run at Apsara. In 1987, Ramesh Sippy’s all time hit Sholay (1975) re-released with 70MM print at Apsara and expectedly, became a crowd puller once again. Few years later, Apsara struck gold with Qayamat Se Qayamat Tak (1988) which gave two new stars to Hindi cinema – Aamir Khan and Juhi Chawla. 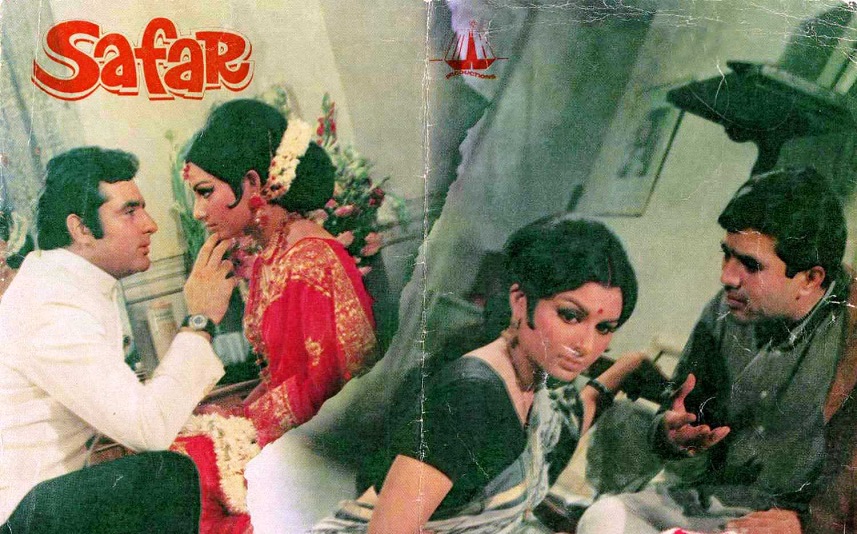 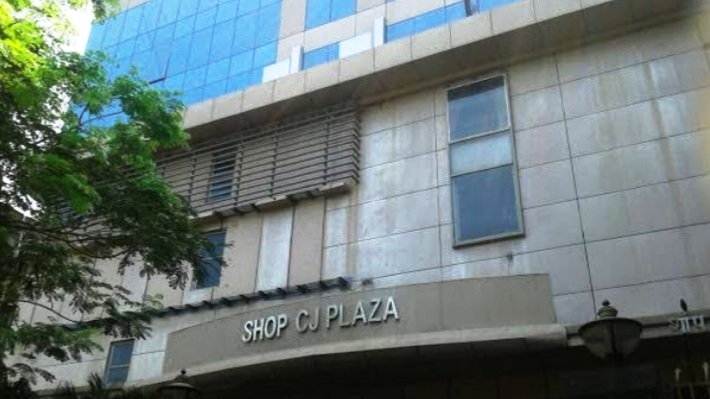 By the mid ’80s, video piracy was at its peak and many cinema halls started making losses as Hindi films used to release simultaneously on VHS (video cassettes) along with theatres. Apsara too became a victim of this video invasion and shut down in 1989 – incidentally its silver jubilee year of existence. The last big ticket film to release here was the Sunny Deol – Anil Kapoor starrer Joshilaay (1989) which turned out to be a box office flop. Interestingly, Qayamat Se Qayamat Tak was still running successfully in matinee shows that time and remains the last golden jubilee release for Apsara.

Sometime in early 2000s, Apsara re-opened as a three screen multiplex on the top floor of its newly constructed building even as rest of the space was occupied by banks and commercial offices. However, the original magic of Apsara never came back as the triple screen plex didn’t last long and inexplicably downed shutters in 2010. The building continues to exist as a commercial centre even today but Apsara is long gone. 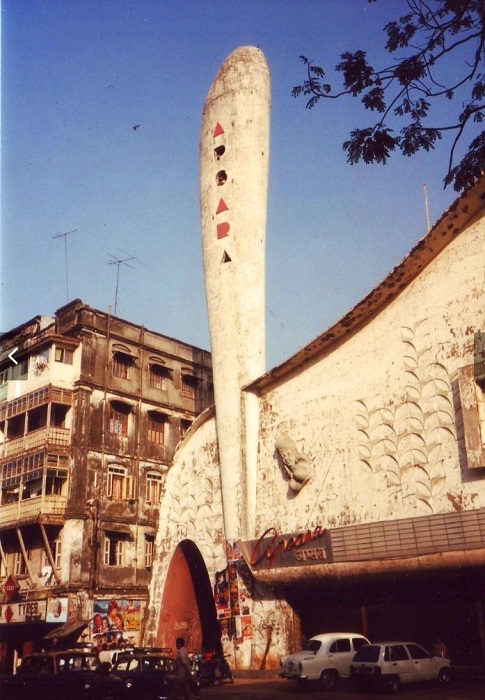