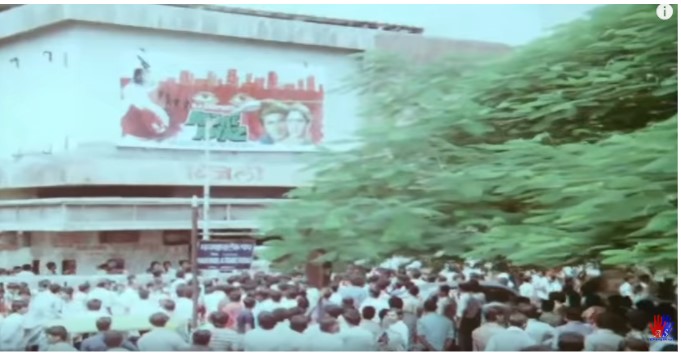 One of the earliest cinema trio in Mumbai situated at walking distance from Matunga station, Badal Bijlee Barkha was a popular haunt of movie buffs from the neighbourhoods of Dadar, Matunga and Mahim area. The cinema halls have witnessed and celebrated the golden era of the angry young man Amitabh Bachchan in the 70s as well as the Disco culture of Mithun Chakraborty in the 80s. Amitabh Bachchan blockbusters of the late 70s and early 80s were particularly its crowd pullers and it often led to traffic chaos during their release. I still vividly recall Bachchan’s Shahenshah (1988) slated for a release at Badal cinema and the crowd going berserk for the advance booking as the superstar’s film was coming a full two years after his last Aakhree Raasta (1986). The situation got so out of control that the local cops had to be called in for a mild lathi-charge. Another interesting incident involves the crowd favorite Mithun Chakraborty whose Surraksha (1979) was released in this cinema. During the interval, the audience found out that Mithunda had come to gauge the audience’s reaction and was present in the manager’s cabin. This led to a minor scuffle and a broken glass door just to catch a glimpse of their Gunmaster G9.

Out of the trio, Badal had a capacity of close to 1000 seats while Bijlee came close second with seating capacity of around 800 seats. Barkha was the smaller theatre with around 500 seats. All three cinemas had stalls and balcony for the class divide – the lower middle class gracing the stalls while the balcony primarily comprised the family and elite audience.

The theatre also innovated a unique business model of permanent booking for month where your booking was confirmed for every Sunday evening show by paying advance money at beginning of the month. The theatre management also graciously allowed the patrons to bring outside eatables; they also had reduced rates for the matinee show. The unwritten rule was the big star blockbusters would release at Badal first, then shift to Bijlee after a couple of weeks run while Barkha screened the low budget entertainers including Ramsay horror flicks. The matinee shows (invariably priced low) were patronised by the college crowd of neighbouring Ruparel and Podar College.

The cinema halls thrived in the 70s right till the mid 80s but the emergence of video started affecting its business seriously. To add to its woes, Barkha cinema shut down after a fire incident in mid 1989 when a show of Pranlal Mehta’s Suryaa was playing there. The theatre wore a haunted look with broken staircase for a few months before it made way for a commercial building. Badal and Bijlee cinemas continued to survive the video onslaught for next few years before shutting down in June 1992 with its last release being the Chiranjeevi – Meenakshi Seshadri starrer Aaj Ka Goondaraj. The theatres were formally demolished sometime in 1993.

After being non -operational for almost 7 years, there came good news that Badal Bijlee complex is soon to start operations with a new theatre albeit with lesser capacity. While Badal had already transformed in to an expensive residential complex, the erstwhile Bijlee theatre became Movietime Starcity, a 250 seater single screen with look and feel of a multiplex.

Starcity opened its doors during Diwali of 1999 with the eagerly awaited Hum Saath Saath Hain but unlike earlier, the tickets were premium-priced at Rs. 90 while the nearby Citylight and Plaza cinema were selling tickets at just Rs. 50. Clearly, the theatre was targeting the rich and upper-middle class – a far cry from its earlier aam junta wala avatar. Nevertheless, Hum Saath Saath Hain became a huge hit there and ran for fifty days. Come 2000s, Hrithik Roshan became the national heartthrob with Kaho Na Pyar Hai and his next release, Khalid Mohamed’s Fiza saw a long queue outside Starcity reminiscent of the Badal Bijlee era. 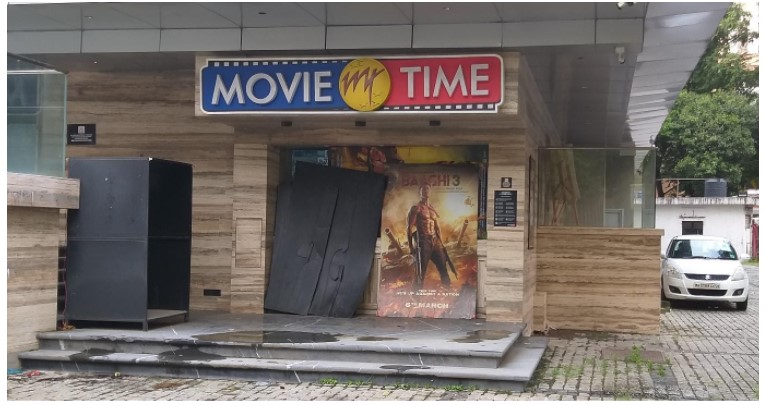 Starcity adapted to the changing technology with latest stereoscopic sound as well as 3D capability which made it one of the only theatre in the area to screen English movies. From DC to Marvel, it soon became a hot spot for relishing the firangi superheroes at an affordable price (compared to the PVRs and INOXs of the world). In January 2014, it screened the all-time blockbuster Sholay in 3D and attracted a large crowd, most of which had seen the film in its previous avatar at Badal cinema. Clapping and cheering to memorable dialogues and throwing coins at the entry of Gabbar Singh, it was a rare occasion when the cinema hall transformed itself to its past glory of the 70s. As they say, History repeats itself!!