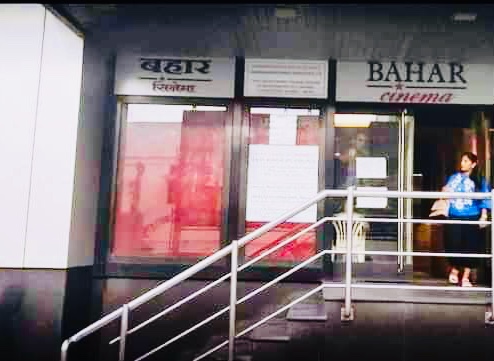 Located on the busy Western Express Highway, Bahar Cinema opened in the ‘70s and was a welcome addition to Parle residents for whom there were only two small single screens nearby – Laxmi Talkies and Venkatesh (later re-named Shaan) – and they had to either go to Ambar Oscar Minor at Andheri or come down to Milan or Lido at Santacruz to get the large screen experience. Bahar became the first major theatre for them with a huge screen and comfortable ambience. It was then owned by C.D. Shah who was also the owner of the famous Satyam Sundaram Sachinam trio at Worli.

Ramesh Sippy’s blockbuster Sholay (1975) was one of its earliest releases and the iconic film celebrated a jubilee run at Bahar. Later, the tragic love saga Ek Duuje Ke Liye (1981) was also a huge hit here. Right till the end of ‘80s, Bahar was considered the best and most luxurious theatre in Parle with soft cushioned seats, well maintained canteen and a genial ambience ideal for a family outing. The theatre had a separate section called box seats which was next to the projector room and having only 10 seats; its ticket prices were quite expensive and were generally preferred by the elite class. Bahar had two such sections of box seats apart from the regular balcony and stall.

Its closest competitors along the highway were Darpan and Sangam at Andheri while its Parle neighbours were Laxmi Talkies and Shaan at the other end. Nevertheless, Bahar was considered to be a prime cinema with decent crowd after Sangam. Many people remember the theatre for its beautiful main door entrance. After a few years, the theatre also became popular landmark for Andheri and Parle residents as a pickup/ drop point for private luxury buses to Gujarat.

Bahar remained the prime cinema in Vile Parle for all big ticket Hindi films until the mid 90s but gradually, it started declining by late 90s and was even shut for some time between 1997-98. Just before that, noted director Ram Gopal Varma shot a part of his super hit Rangeela (1995) here. The scene had Aamir Khan playing a black-marketer at this cinema selling tickets “dus ka bees” which was actually what the theatre would experience during its hey days.

In 2001, owner C.D. Shah ran into severe debts and gave up both his theatre properties. While Satyam Sundaram Sachinam shut down permanently, Bahar managed to survive this onslaught. After being shut for a considerable time, Bahar was auctioned off in 2005 and was taken over by one of Shah’s creditor called K. Chaddha. Shortly thereafter, the theatre building was completely demolished to make way for a new complex. In 2006, the newly constructed building received an occupation certificate from the concerned authority on a condition that there will be space reserved for a cinema hall.

The building started its operations with HSBC and other commercial offices occupying it but the theatre was still not functional though the entire fourth floor was reserved for it. Around 2010, the Maharashtra Government raised the issue of screening Marathi films at prime time and not to be relegated to odd hours or morning shows only. The Parle residents took advantage of this situation and approached a local politician that Bahar cinema should be re-opened and allowed to screen Marathi films. The political party took up the matter seriously, surveyed the building and found that the fourth floor was reserved for a theatre but it was still not operational. The matter escalated further and a notice was issued that the occupation certificate of the building would be cancelled if no theatre started from its premise within the stipulated timeframe.

Finally Bahar opened on the eve of Diwali on 5th November 2010 with Rohit Shetty’s blockbuster Golmaal 3; the theatre management was taken over by Pune based E Square who had already given a new look to two fading cinemas of Mumbai – Paradise at Mahim and Dreamland at Grant Road. Initially, Bahar screened movies for two shows only – 6.30 pm and 9.30 pm but after a couple of years, it started the afternoon show at 3.30 pm as well. It is surprising that the more lucrative matinee or morning shows are still not held at the new Bahar cinema.

Like in its previous life, the new Bahar still has to face competition with Darpan and Sangam – only this time, the erstwhile Darpan has transformed in to Cinemax while Sangam has converted itself in to the elite Big Cinemas multiplex. Later, Suncity plex also came up in place of old Laxmi Talkies thus completing the competition trio for Bahar. 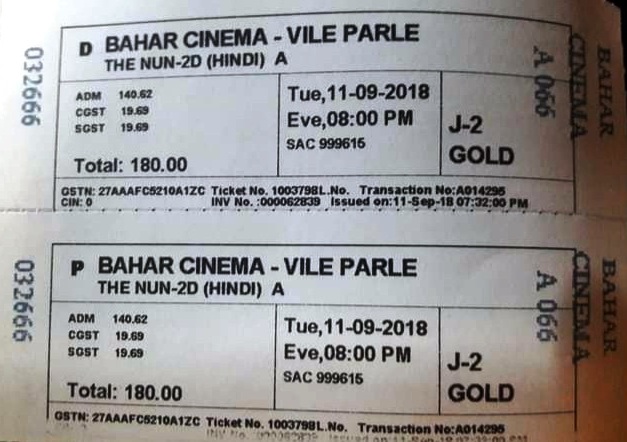