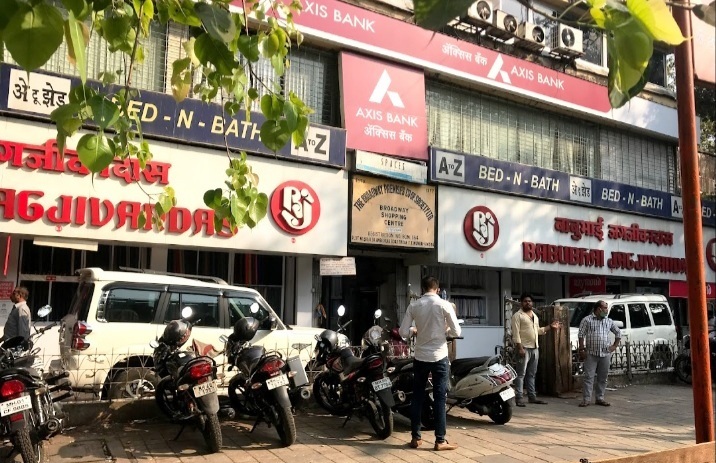 A well known landmark at Dadar TT junction; Broadway is today a shopping centre housing the famous Babubhai Jagjivandas showroom. But not many know that it was actually a much popular cinema theatre of the bygone era. Broadway Cinema came into existence during the British times and was then known as The Broadway but later dropped ‘The’ from its name. It used to screen English films initially but later switched over to Hindi movies from ‘50s onwards.

Broadway was a decent theatre with more than three hundred seats which were divided into three categories: lower class which had first six rows followed by stalls and a balcony on the first floor. It was well maintained and ideal for family audience. The cinema was non airconditioned but the huge fans were sufficient enough to cool the auditorium. Its sound system was one of the best in the Dadar -Matunga area. There was a huge compound in front surrounded by garden in the middle and a large car parking facility which could accommodate around sixty cars.

Due to its prime location at Dadar TT junction close to Hindu Colony and Dadar Parsi Colony, Broadway was frequented by this decent educated class and hence, used to screen English movies along with the regular Hindi fare. Its normal schedule would be new Hindi release in three main shows starting 3 pm while the morning or matinee show would be an old Hindi re-run or a Hollywood film. The matinee shows were popular with the students of nearby colleges like Ruia, Podar, SIES and Ambedkar. Sunday morning shows would be reserved for South Indian regional movies to cater to the Central Matunga residents.

In its close to four decades of existence, Broadway has screened some of the big hits of its times and superstars like Bharat Bhushan, Dilip Kumar, Dev Anand, Raj Kapoor, Rajendra Kumar, Manoj Kumar and Rajesh Khanna have all seen their movies celebrating jubilee run at Broadway. Amitabh Bachchan can be said to be the last superstar to taste success at this cinema.

For K. Asif’s magnum opus Mughal-E-Azam, Broadway printed special tickets with the film’s poster on it which is now a collector’s item. Rajesh Khanna’s Aradhana and Raj Kapoor’s Bobby drew huge crowd at Broadway and the ticket counter queue would extend up to the main road. Manoj Kumar’s Roti Kapada Aur Makaan was the last blockbuster hit released here. 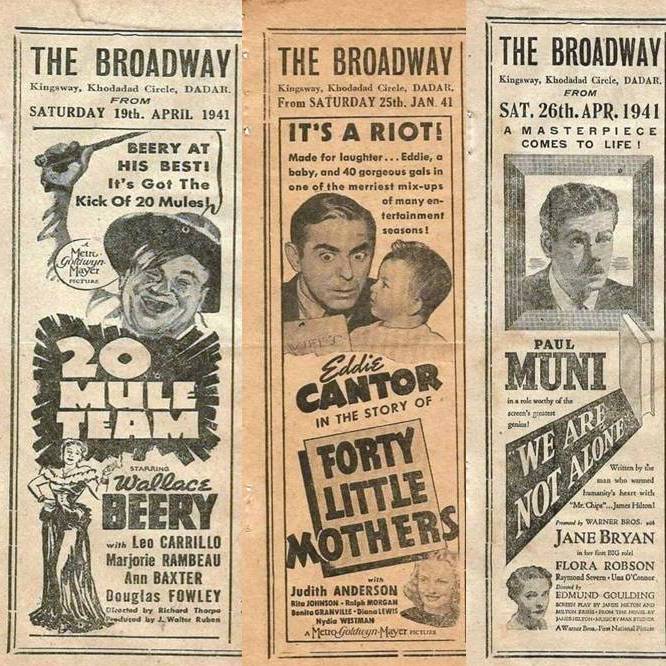 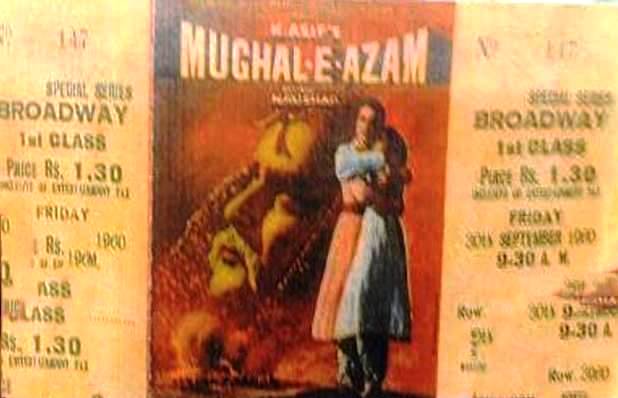 Another huge yesteryear hit Baiju Bawra (1952) with newcomers Bharat Bhushan and Meena Kumari celebrated golden jubilee at Broadway. The theatre shares an interesting and emotional story with this particular film. Music maestro Naushad came to Bombay in his younger days and started living with his relative in Colaba but had to commute daily to Ranjeet Studios at Dadar in search of work. Unable to make ends meet, Naushad made the footpath opposite Broadway cinema his home and would sleep there in those days. This must be around 1937-38. Later, his award winning film Baiju Bawra premiered at the same Broadway cinema in 1952 and on this day, he stood near one of the windows of the theatre looking at the footpath where he spent his struggling days and remarked that it took him fifteen years to reach here from the opposite street.

Another touching incident at Broadway was during the release of the Tamil film Karnan (1964) starring the two legends – Sivaji Ganesan and N.T. Rama Rao. An old lady from nearby Matunga area went to watch the film with previous day’s ticket but after reaching the theatre, she realized the mistake. Obviously, the gate keeper wouldn’t allow her in and the lady in tears requested to meet the manager. Pleading to let her watch the movie, the kind hearted manager allowed her inside the theatre but the show was housefull. The old lady was prepared to watch the film sitting on the floor but the manager organized a chair for her. The lady later went and blessed the manager for this generous gesture.

During the golden era of single screens, Broadway was doing very well in spite facing competition from neighbouring theatres like Chitra, Dharti (now Premiere), Hindmata (now Gold Cinema) and then newly opened Sharada cinema. But all good things have to end someday and thus sometime in 1975, the theater shut down even though it was doing reasonably well. The exact reason for its closure is still unknown. The last jubilee here was Roti Kapada Aur Makaan (1974) and the final release was Uttam Kumar’s Hindi debut Amanush (1975). For next few years, it was operated as a preview theatre though closed for the general public.

Before the ‘80s started, the theatre got demolished and a multi-storey shopping centre with the same name came in its place. Babubhai Jagjivandas, a popular name in suiting and shirting, now stands on its ground floor which was actually the car parking lot of the cinema. The first floor is occupied by a major private sector bank along with other commercial establishments on the second floor. The third floor has a small auditorium called Broadway Minute and is widely used for business seminars. 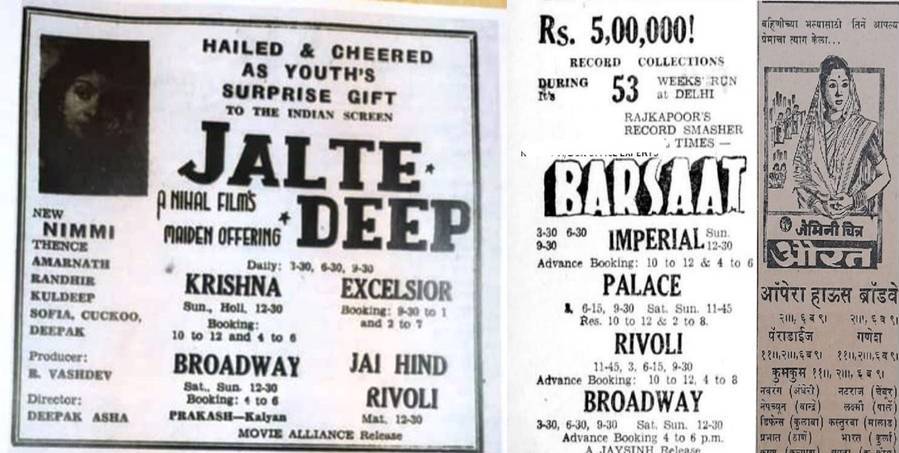