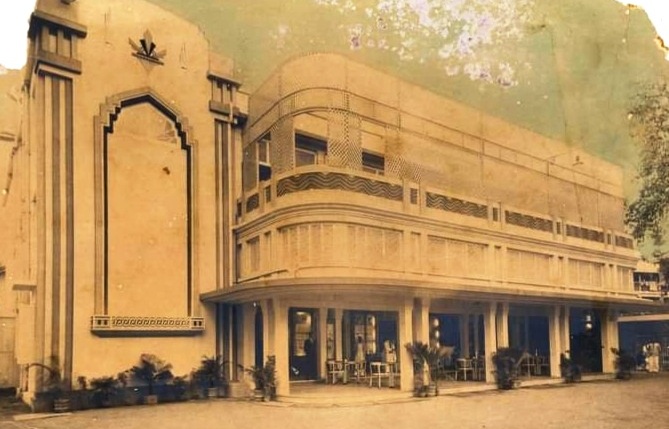 Sometime in August 2020, I read the news of Central Plaza cinema permanently shutting down. It was perhaps the first single screen casualty arising from the Covid pandemic lockdown which started in March 2020 and extended right till Diwali of 2021. Central Plaza or Central, as it was commonly known, has a glorious history of its own and hence, its closure was a huge disappointment to countless movie buffs like me.

Located at Girgaon at the corner of Charni Road, Central commenced operations in 1935 and got its claim to fame with Amrit Manthan (1936) which was its first golden jubilee (fifty weeks run) hit. The theatre had a thousand plus seating capacity divided in to stalls, dress circle and balcony.

Central was run by K.K. Modi’s company initially but was acquired by Pranlal Doshi and Ganesh Vartak in 1967. They continued to be its joint owners right till its closure.

The theatre had a special association with jumping jack Jeetendra, who once lived in its vicinity. His super hit Farz (1967), in which he played a ‘desi’ James Bond, ran for multiple weeks at Central Cinema. It is said the actor would come here disguised to gauge the audience reaction to his huge hit. Another of his biggest hit Himmatwala (1983) celebrated a jubilee run at Central and gave him a new lease in his career. Later, many of Jeetendra’s hit movies like Mawaali (1983), Maqsad (1984), Zakhmi Sher (1984), Dharm Adhikari (1986), etc were released at Central as its main theatre.

Back in the ’80s, Bengal Tiger Mithun Chakraborty experienced his first major success at Central with Surakksha (1979) in which he played the iconic Gun-master G9 for the first time. His other successful releases at Central as the main theatre include Taqdeer Ka Badshah (1981), Laparwah (1981), Shaukeen (1982), Aandhi Toofan (1985), Pardesi (1993), etc.

Central was sometimes mistaken to be a sister theatre of Plaza Cinema at Dadar though both had nothing to do with each other and were run by different managements. In the late ’90s, there was a fire incident reported here and the cinema shut for sometime before re-opening in a brand new avatar and a new name – Central Plaza; the newly refurbished theatre screened latest Hindi movies like Doli Saja Ke Rakhna (1998), Hum Dil De Chuke Sanam (1999), Biwi No. 1 (1999), Kohram (1999) and Dil Chahta Hai (2001). Oscar winning Hollywood film American Beauty (1999) was also a crowd puller here. The theatre upgraded its sound system to SDDS and also became 3D compliant to cater to the changing trend. The only film I watched at Central Plaza was Hate Story 2 (2014) starring Surveen Chawla.

Central Plaza continued to screen new Hindi and Marathi releases right till March 2020 when theatres were shut due to the Covid lockdown. Unable to bear the increasing costs with zero revenue and no respite from the Government, its owners decided to shut shop forever. The news of Central Plaza closure broke hearts of many single screen lovers like me particularly those who were regular there and had witnessed its glorious innings spanning over eight decades. 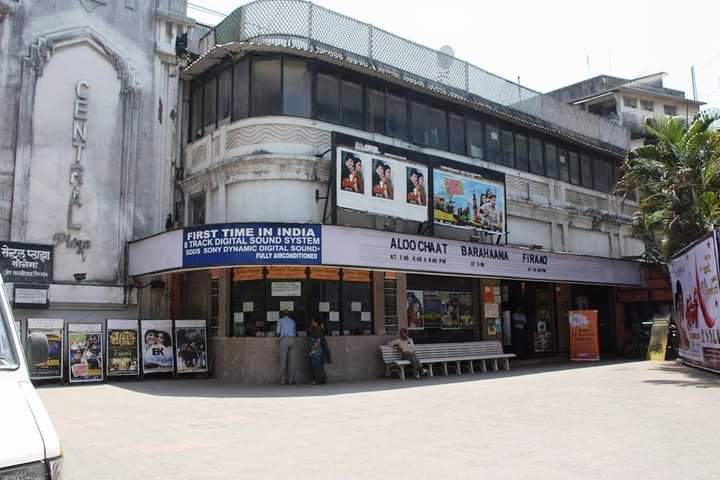