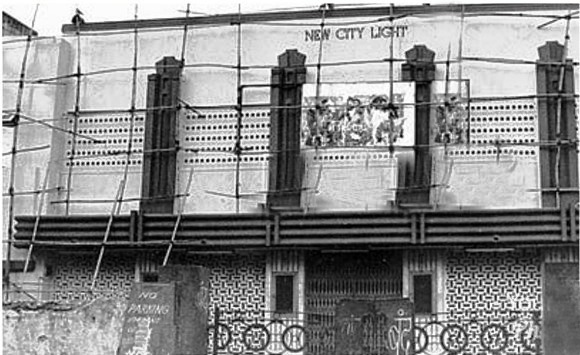 One of the oldest theatres of Mumbai which was established in 1942, five years before the Indian independence, Citylight cinema, situated at the bustling L. J. Road in Mahim has gone through its share of ups and downs over the decades but continues to serve as a prime theatre for Dadar – Mahim residents. In fact, the entire area is known as Citylight right from the fish market on its opposite side to the bus stops at both ends. Indeed, this theatre is a landmark in itself!

Known to screen Hindi, Marathi as well as English films, the seven hundred fifty seater Citylight Cinema had a great run till the ‘70s with silver jubilee (25 weeks run) hits like Baiju Bawra (1952), Chaudhvin Ka Chand (1960) and Mera Gaon Mera Desh (1971) until the neighbouring Badal Bijlee Barkha trio started giving it tough competition. The A list blockbusters would invariably release in these three theatres while Citylight started screening Hindi re-runs and soft porn English films. Except for the stray Govinda starrer Tohfa Mohabbat Ka (1988), Soorma Bhopali (1988) and Kumar Gaurav’s Jurrat (1989), Citylight was usually shunned by the family audience due to its choice of screenings.

After Badal Bijlee shut down in early ‘90s, Citylight went in for a major renovation and re-opened as ‘New Citylight’ cinema in 1994 with Akshay Kumar starrer Elaan which became a hit. Since then, there was no looking back for the cinema hall as Rajshri Productions’ Hum Aapke Hain Koun (1994) ran housefull here for more than six months. Another big hit at the theatre was JP Dutta’s Border (1997) which ran for more than three months. With Subhash Ghai’s Trimurti (1995), the theatre upgraded itself to Dolby Stereo Sound which very few cinema halls in Mumbai like Metro and Novelty could boast of at that time. Citylight continued to be the preferred option for movie patrons throughout the 90s screening one new release after another.

By early 2000s, many single screens made way to high end plexes. The elite Movietime Starcity came up in the Badal Bijlee complex while the erstwhile Kohinoor cinema at Dadar transformed in to Inox Nakshatra mall. But even with this close competition; New Citylight continued to flourish by keeping its ticket rates minimal with stalls going at just Rs. 25 and Balcony at Rs. 35. This low pricing kept it in reckoning of the lower middle class crowd even as the upper middle class and elite switched over to Starcity and Inox. Even during this time, the theatre tasted success with Housefull boards and blatant black-marketing for Salman Khan’s Garv (2004) and Mujhse Shaadi Karogi (2004). Its last successful release was Mithun Chakraborty’s comeback film Elaan (2005) which played to packed house weeks before the theatre shut down in early 2005. Coincidentally, both its first and last hits were titled Elaan!! After being shut for months, the theatre was razed down and new building called Ashford Chambers constructed in its place. The first three floors were commercial offices with a bank on the ground floor while a brand new two hundred fifty seater cinema was built on the fourth floor. It took time to re-open due to certain compliance issues. Finally, the theatre opened in its new avatar in April 2012 with the Ajay Devgn starrer Tezz. Currently owned by Belgaum based Prasad Thakur who is also the Managing Director of Tarun Bharat newspaper, the new theatre has spacious parking space, separate elevators to take you to the fourth floor and a sizeable lobby in front of the screening hall. 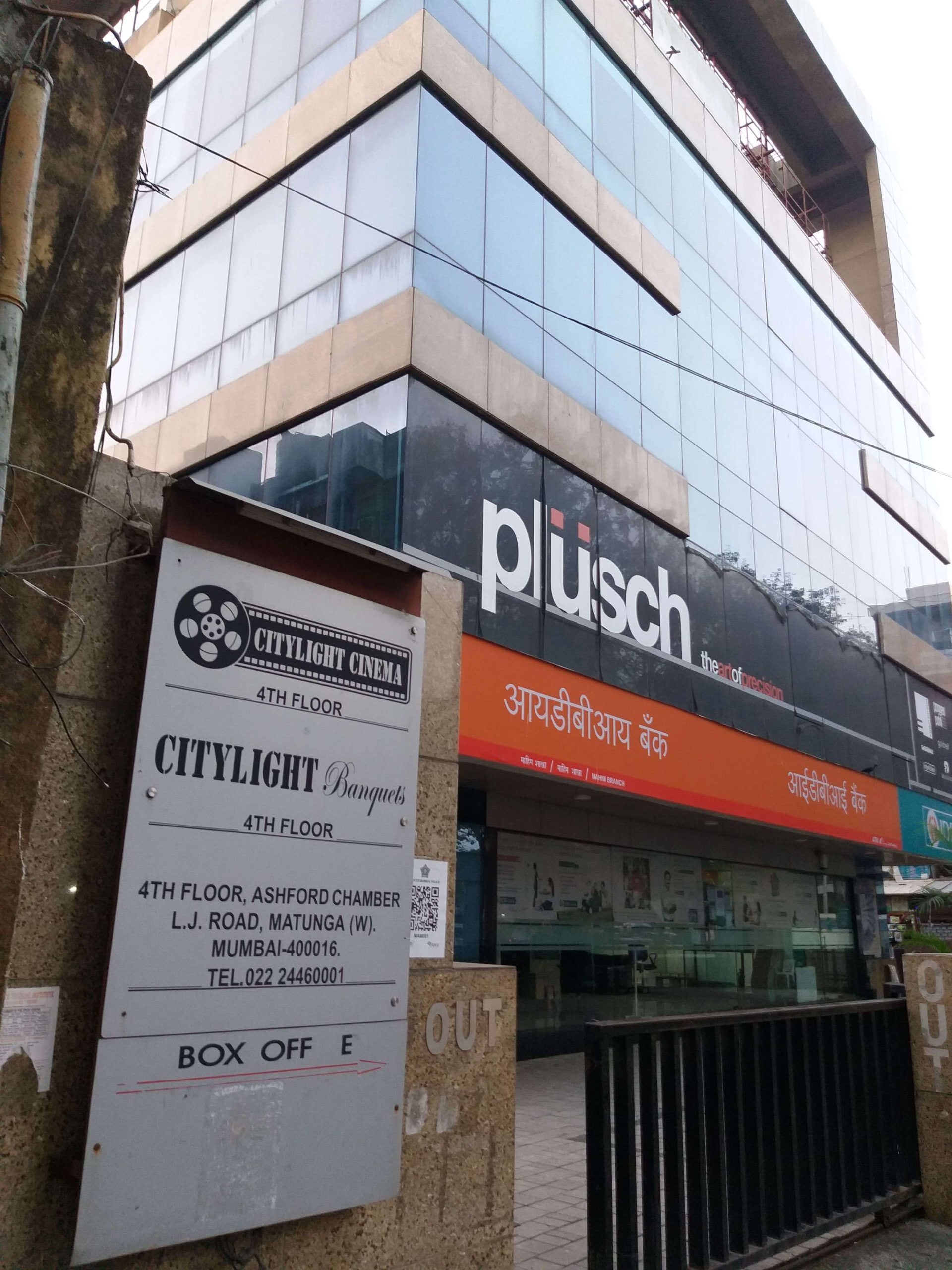 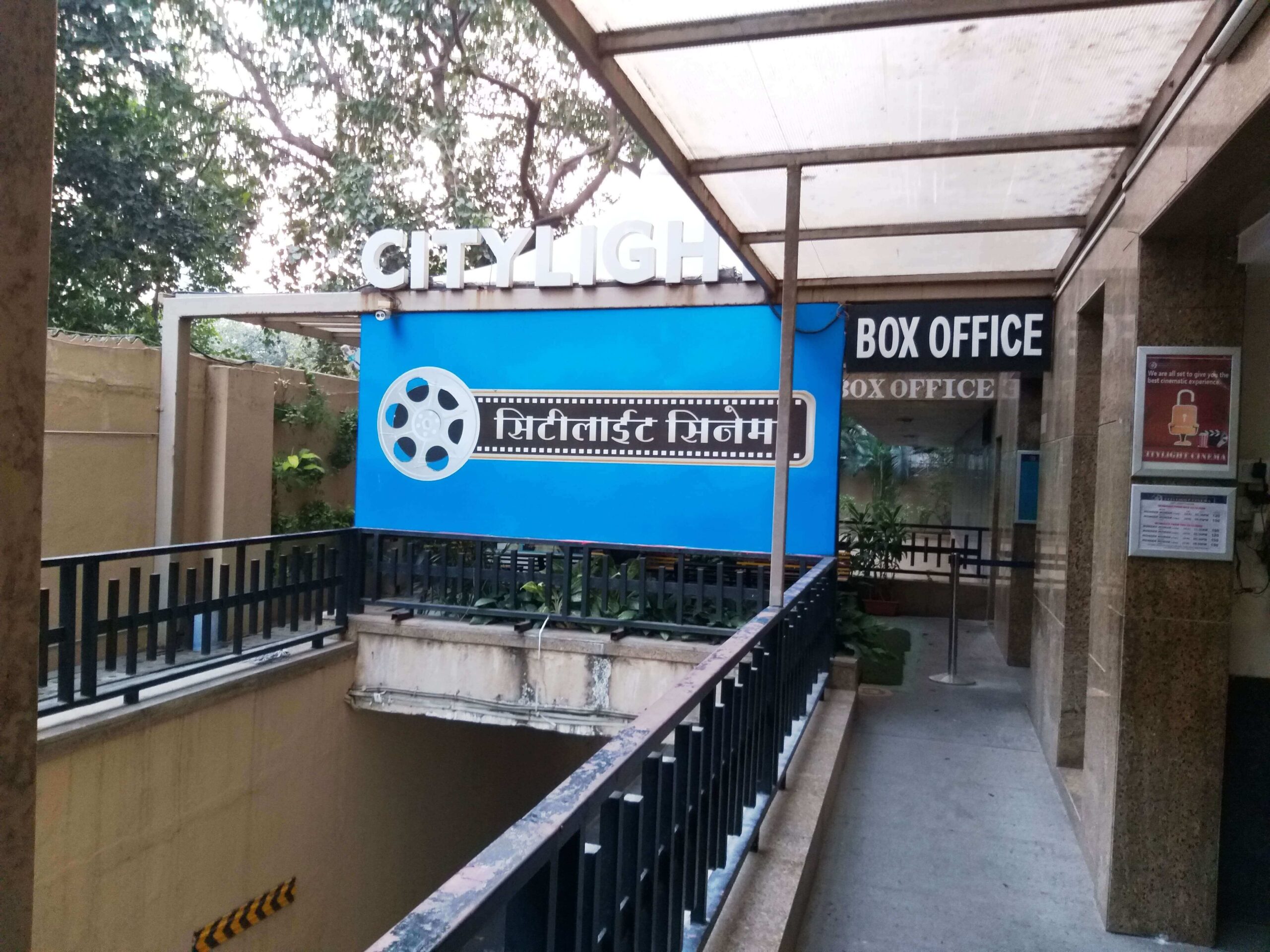 The air-conditioned theatre is upgraded with 4k stereophonic sound system and is 3D compatible which allows it to screen English films like the Avengers. In fact, I saw the 3D version of Sholay (1975) at this cinema and my experience was fantastic. By the way, it was my first theatrical viewing of this evergreen blockbuster film With history spanning eight decades, Citylight cinema is still going strong. It was the first single screen to open in the Dadar-Mahim area post the Corona pandemic with new releases like Tenet (2020) and Wonder Woman 1984 (2020). As they say, the show must go on…