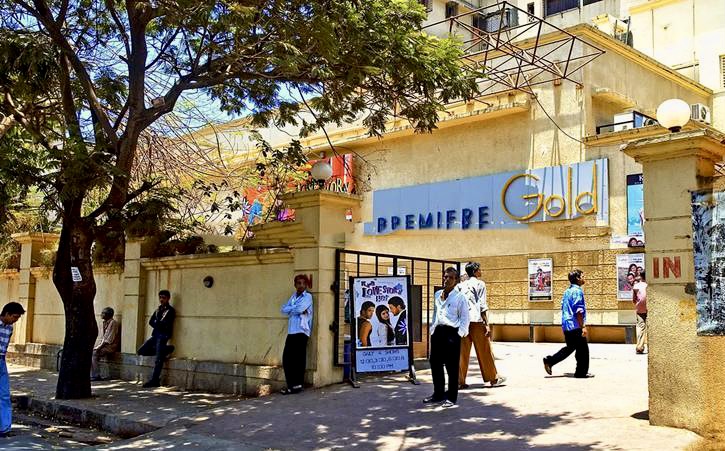 Most of us may not know about Derby Talkies which was built sometime in 1935 from proceeds of a horse race win. It was the first of the four theatres built by the Parsi gentlemen Jehangirji Bhavnagri and Shahpoorji Bhavnagri who came up with the idea of building cinema halls during British Era after winning a derby race. Derby was their first investment and the only cinema hall for Sandhurst Road residents situated right outside the railway station.

It was sometime in 1934 that the Bhavnagris placed bet on the Irish thoroughbred Windsor Lad owned by Maharaja of Rajpipla which went on to win the derby and it is then they decided to name their first cinema hall as Derby. As the theatre was built from the win proceeds, it had a huge horse symbol on it. Derby started operations in 1935 and its earnings were ploughed into Bhavnagris’ second project Rex which came up at Indira Docks during the Second World War. This was later followed by Diana Talkies at Tardeo in the coming years.

Derby screened English films initially but later, it became a full fledged Hindi movie theatre showing re-runs as well as recent releases. Action, crime and thriller genre were a big hit with the audience here. The theatre was also known to screen some B and C grade movies. It was mostly frequented by people from the neighbouring areas of Dockyard Road and Dongri. Families would usually avoid the theatre due to its unruly and rowdy crowd. It faced competition from Star Cinema where the new Hindi films would release and would shift to Derby after completing its run there. Derby had a weekly change and no film ran here for a long period even during the jubilee era.

The theatre wasn’t well equipped like other cinema halls in town and had wooden benches and creaky fans. The ticket prices were extremely cheap ranging from twenty paise to half a rupee. The seats were not numbered and once the main gate would open, the crowd would rush inside to catch their comfortable seats which were on ‘first come first sit’ basis. The theatre screened many trailers of upcoming movies before the main feature film would start. So even if you went in a bit late, you wouldn’t miss the movie at all. 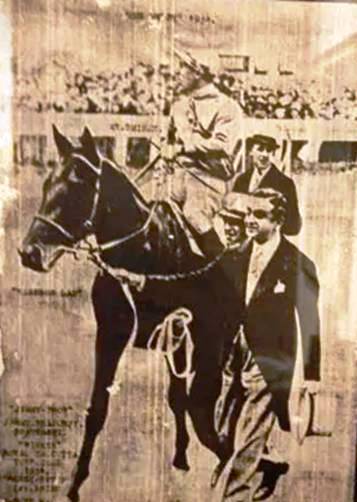 By mid 80s, quite a few old cinema halls folded up due to the video menace and even Derby couldn’t survive for long and shut down after its glorious run of almost fifty years. It brought an end to the era of Bhavnagri cinema halls as their Rex and Radio were already shut in the ‘70s and even Diana went down around the same time with Derby.

After nearly fifteen years since closure of Derby, the Dongri area got a brand new cinema to call their own. It was built by the Sambhav Group with a capacity of three hundred thirty seats equipped with latest technology and digital sound system.

The single screen theatre opened in August 2004 with a new name Premiere Gold. The much awaited Fida starring Kareena Kapoor, Shahid Kapoor and Fardeen Khan was its first release. Unfortunately, the film didn’t do well as expected but the later releases brought back the crowd at the new Premiere Gold. The theatre is sometimes mistaken to be Premiere Cinema at Dadar location. The first name creates confusion between the two theatres. Amusingly, they even play the same movie at times which adds to the confusion.

Compared to Derby, Premiere Gold is a far better equipped cinema offering comfortable seating and air conditioned environment. The theatre attracts a decent family audience which was not the case with Derby. 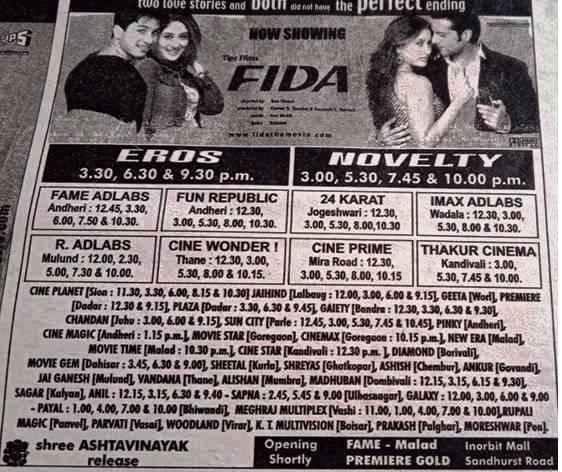 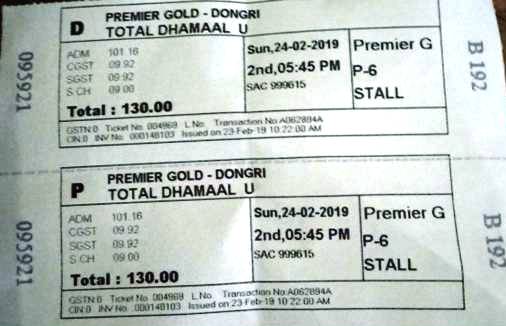 The ticket prices are also economical starting from hundred rupees to maximum one hundred fifty rupees which the common man can afford. The theatre has a good parking area for two wheelers and four wheelers and sufficient waiting area for its patrons. In this era of multiplexes, Premiere Gold has carved a name for itself as one of the classy single screens in town. It screens Hindi, English as well as Marathi movies. Blockbusters featuring Khans, Devgn and Akshay Kumar pull in the audience now.

The theatre was shut during the Covid pandemic lockdown but has re-opened recently and screens the latest Hindi movies at fifty percent capacity as per the current Government guidelines. The recent blockbuster Pushpa: The Rise (2021) ran successfully here even during the Omicron wave. It is only a matter of time when the theatre displays housefull boards like before!!