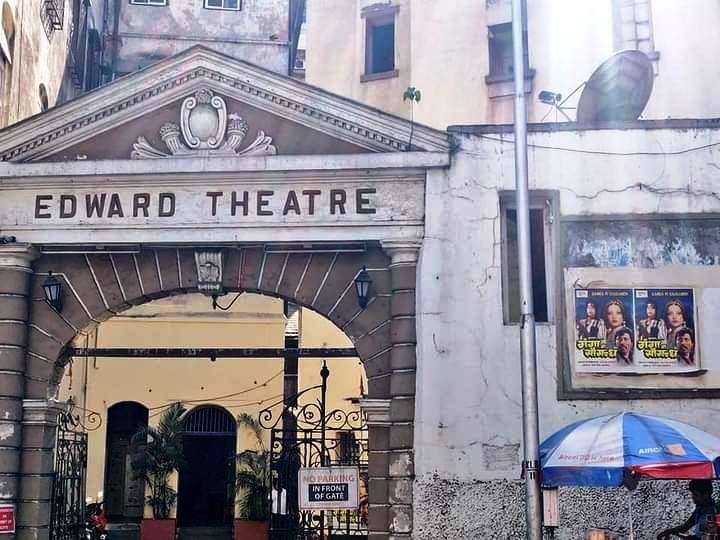 One of the oldest existing cinemas of Mumbai; Edward Theatre was built in 1914 when King Edward V visited the city (then called Bombay). It was known for its orchestra shows and musical concerts and offered entertainment to the British who came here after a hard day’s work. The theatre had a seating capacity of around five hundred wooden seats with two balconies. It is said that ladies were not allowed in the second balcony. The theatre has a historical significance too as Mahatma Gandhi had addressed the grain merchants to protest against British at this very theatre.

Initially owned by Madan Theatres from Calcutta, Edward was acquired later by duo M.B. Billimoria and B.D. Bharucha and opened as a cinema hall in July 1933. Hollywood film Tarzan the Ape Man (1932) was one of its first major success and later, several Tarzan movies were released at Edward as the main theatre. The first Sindhi language film Ekta (1943) – which conveyed a pertinent message of Hindu Muslim unity- was also released here and it ran housefull for several weeks.

Though located in the prime location of Kalbadevi, Edward was never a prime cinema hall and would mostly screen movies after four to six weeks of their release. It would also screen old re-runs at low prices. Until the early ‘70s, the theatre was also known for Konkani Titar (drama) due to sizeable Catholic population in the area. Moreover, it screened Gujarati plays and films to cater to the Gujarati community of that area as well.

Edward attained true success when the mythological Jai Santoshi Maa (1975) released here in four shows in its very first week and became a runaway hit. The film ran for more than a year at this theatre. During this period, Edward turned in to nothing less than a temple. The local Gujarati and Maharashtrian ladies would enter barefoot inside the theatre carrying puja thalis and lit diyas and performed the traditional aarti whenever the Goddess would appear on screen. Some of them would distribute chana (chickpea) and jaggery as ‘prashad’ outside the theatre. The jubilee trophy of Jai Santoshi Maa is kept in the manager’s cabin till date. 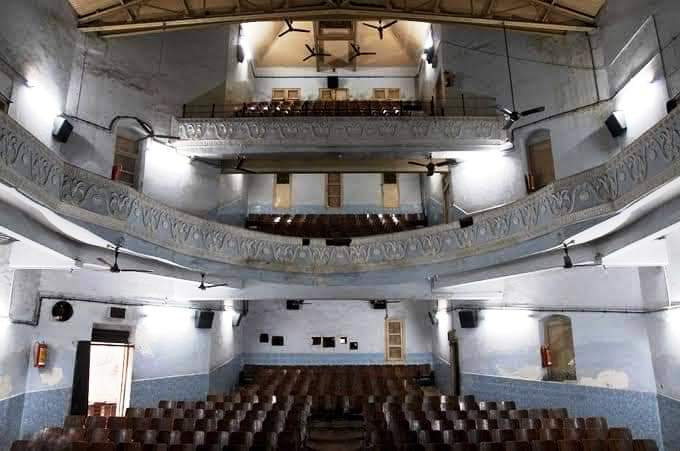 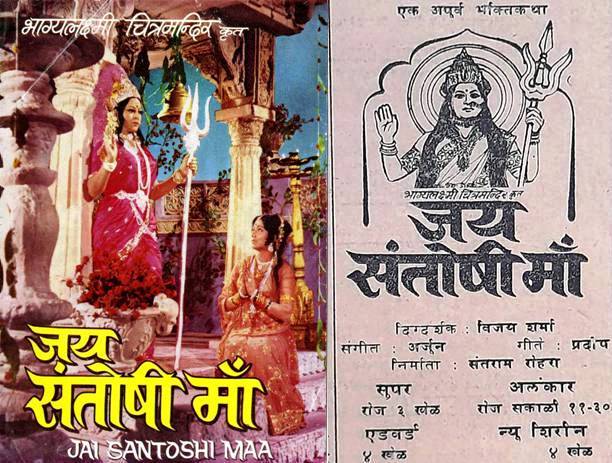 Another amusing incident was shared by a Navy Commander when he went to watch Amitabh Bachchan’s Trishul (1978) at Edward. The theatre was running full and while he was purchasing tickets in black, the cops arrested him mistaking him to be one of the blackers. He was let off when they saw his identity card.

Though not a main theatre, Edward attained further glory when it was picked by director Krishna Shah (of Shalimar (1978) fame) as a venue to shoot his film Cinema Cinema (1979) which was basically a documentary based on world of Hindi cinema. In the later years, pivotal scenes of Once upon a time in Mumbaai (2010), Blackmail (2018) and the recent Netfilx film Ankahi Kahaniya (2021) were shot at this theatre.

Edward is the only cinema hall in Mumbai to have two balconies. Interestingly, the balcony seats are not preferred as the screen appears smaller from there (especially the topmost balcony) and hence, stalls get sold out first.

After the owner Bejan Bharucha passed way, his widow Gertrude Bharucha took over but she did not increase the ticket prices keeping in to account the patrons who couldn’t afford high ticket rates. Presently, Edward has kept its show business on by continuing with cheap fares and is now mainly patronised by lower middle class and labour class crowd. The theatre is now run by Fred Poonawala, grand nephew of the Bharuchas, who sometimes leases it for film shoots as well as cultural events. Earlier, he had tried his luck with Bhojpuri films but surprisingly, that didn’t enthuse the patrons much and quick enough, Edward reverted to screening Hindi films, mostly old re-runs.

It is becoming increasingly difficult to run the theatre now and Fred Poonawala manages it at no profit no loss. Even in such tough times, Edward upgraded itself to Dolby sound in 2019.The old Bollywood re-runs still attract the crowd here and you will be shocked to know that the theatre was able to fill up half its capacity playing the Dharmendra-Vinod Khanna starrer Farishtay (1992) in mid 2019.

In early 2020, the COVID pandemic forced cinemas closure across India. With theatres opening now after the decline of second wave, let us hope Edward rises back to its feet and continues to provide cheap entertainment to the masses like before!! 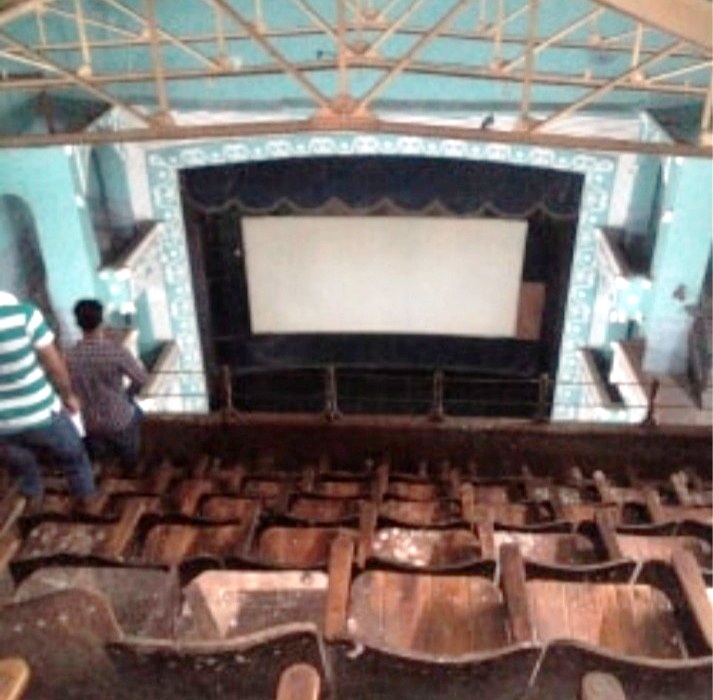