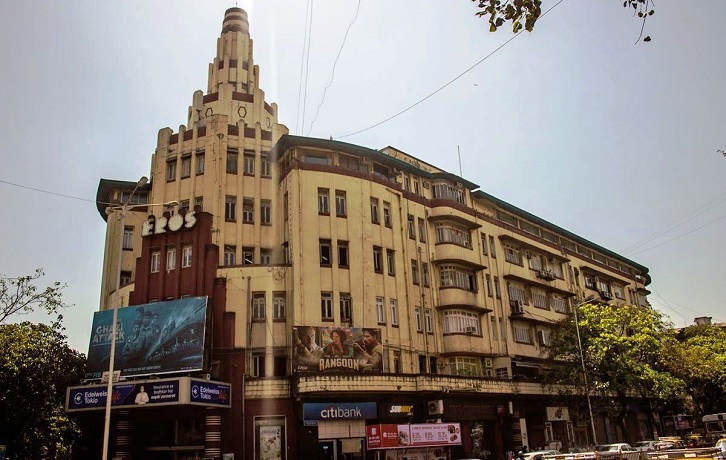 One of the oldest and much loved elite cinemas in Mumbai along with Metro and Regal, Eros Cinema stands tall opposite the busy Churchgate station with its own interesting story to tell.

A popular haunt of the nearby K.C. and SNDT college students as well as town office goers; the theatre commenced operations in 1938 and was owned by the Cambatta family. Its foundation stone was laid as early in 1935 and the building itself took more than two years to build.

The art deco structure was designed by noted architect Shorabji Bhedwar with seating capacity of one thousand two hundred seats. Till 2016, the building also housed a popular fitness center as well as office of Warner Bros. It has Churchgate station right in front with Oval Maidan and the prestigious Cricket Club of India (CCI) close to it.

In its earlier days, Eros was known to screen Hollywood films particularly those produced by Warner Bros. The cinema attracted the elite high class of Mumbai who preferred English films as well as the high-quality ambiance offered by the theatre.

Not many may know that the legendary Sir. Alfred Hitchcock himself attended the premiere of his film The Trouble with Harry (1955) here. Some of the successful Hollywood films screened at Eros are Chase A Crooked Shadow (1958), My Fair Lady (1964) and of course Pretty Woman (1990). In fact Pretty Woman ran for 25 consecutive weeks here and made international star Julia Roberts a well known name in Mumbai as well. In the ’60s and early 70s, Eros screened children films every Sunday for a price of Rs.1. Adults were allowed to enter the theatre only if they were accompanied by a kid.

Amusingly, the theatre kept an ambulance outside its premises when it screened the horror film The Exorcist (1973). This special facility was supposedly for the weak hearted patrons who might need it. Don’t know if it was a marketing gimmick or a genuine concern but the film celebrated a jubilee run at the cinema. 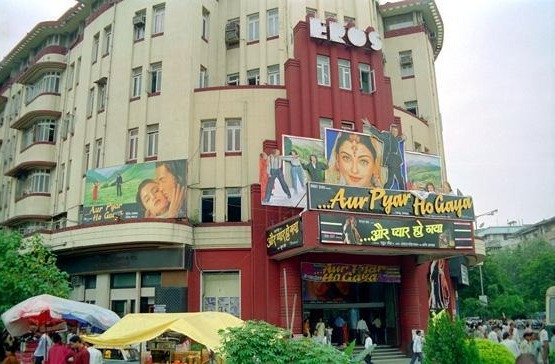 Until the early ’90s, Eros was known for English films only screening few occasional Bollywood potboilers like Raj Kapoor’s Ab Dilli Door Nahin (1957), Manoj Kumar’s Shor (1972), B.R. Chopra’s The Burning Train (1980), and Ramesh Sippy’s Bhrashtachar (1989). It was one of the few cinemas in Mumbai to be 3D compliant in those days and the much-celebrated 3D movie Chhota Chetan (1984) was released here.

The two major Hindi films of that time to have had a grand premiere at Eros were Amitabh Bachchan’s comeback vehicle after his self imposed five year sabbatical – Mrityudaata (1997) – which ran houseful in its first week but tanked later at the box office to emerge a flop. The other big release was Rakesh Roshan’s Kaho Naa Pyaar Hai (2000) which made his son Hrtihik Roshan an overnight star. The film ran for more than a year at Eros.

In Diwali 2004, Eros held another grand premiere of the colorized version of K. Asif’s classic Mughal-E-Azam which did very well here. The multiplex era had started by then and the theatre was facing tough competition from nearby plexes like Inox (Nariman Point) as well as erstwhile single screens like Metro and Sterling which converted to multiplexes. Eros braved this new wave effectively.

In January 2016, the theatre got into trouble as the Cambatta family faced the labor court wrath for not paying its staff dues. In an unfortunate event, the entire building was sealed off completely on 18th January 2017 which led to the abrupt shutdown of Eros cinema. 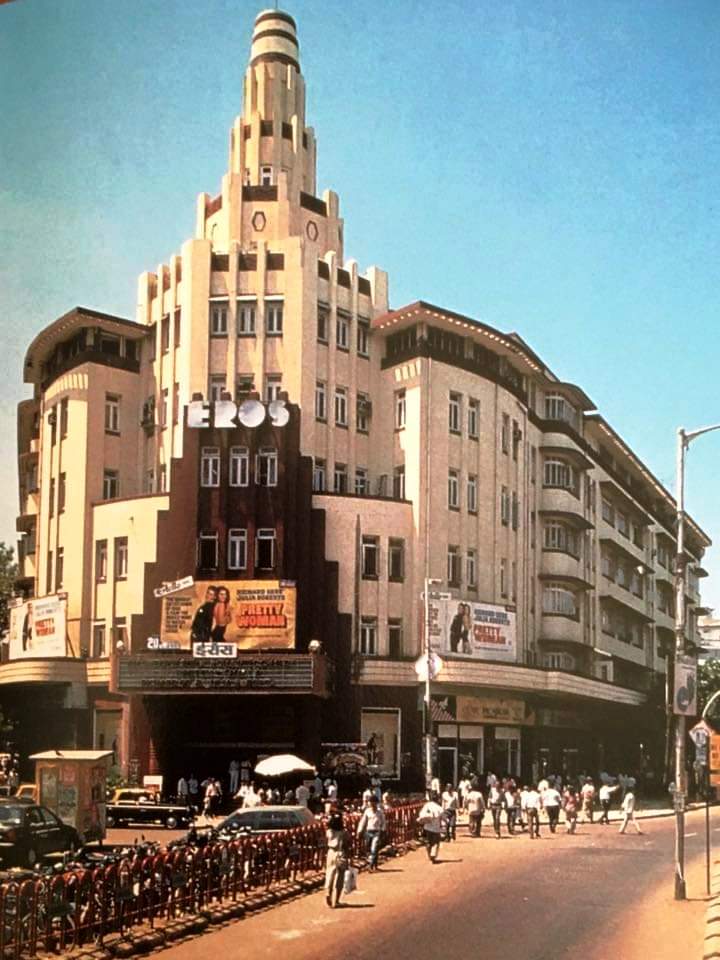 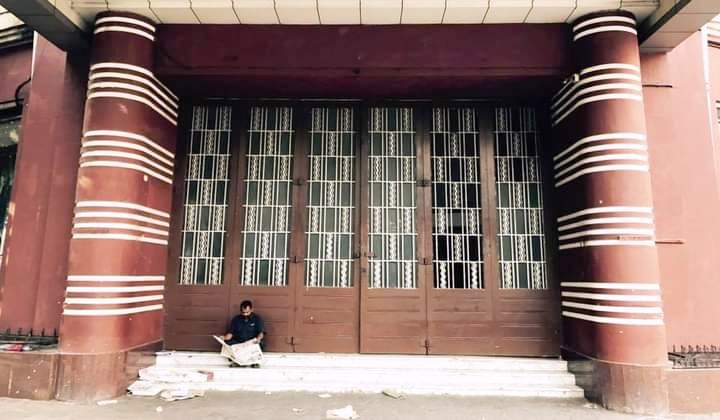 In December 2018, Eros theatre was given relief to start its operations even as the Mumbai Heritage Committee was awaiting a formal nod from the Cambatta family for the new proposal where the one thousand two hundred seater would be converted into smaller three hundred seater cinema in balcony section with the lobby and stalls transforming in to a mall like setting without changing the original décor. The theatre couldn’t operate for long and was shut once again.

In 2019, there were reports of Metro Realty in talks for giving Eros cinema a new makeover. Whether that happens or not remains to be seen…Eros cinema needs to survive for sure. No doubt about that!!