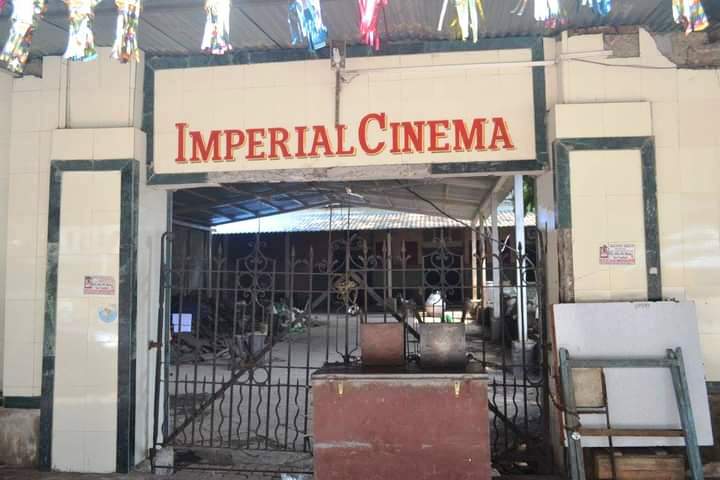 Commonly known as ‘Do Haathi’ wala theatre for its elephant sculptures adorning the entrance, Imperial Cinema is one of the oldest cinema halls in Mumbai established in 1905 and was the main theatre for Hindi films for most part of the twentieth century. In fact, in the pre-independence era, it was amongst the much sought after cinema for producers with foregone conclusion that any film released here would turn out to be a sure shot hit. In those days, producers would actually postpone the release date of their movies in order to book this theatre. Rattan (1944), Pyar Ki Jeet (1948), Badi Behan (1949), Duniya (1949) and Sargam (1950) were some of the big hits at this cinema. Showman Raj Kapoor’s Barsaat (1950) broke box office records with Imperial Cinema as its main theatre in Mumbai.

In 1951, Bhagwan Dada’s Albela turned out to be a sleeper hit at Imperial and its song ‘Bholi Surat Dil Ke Khote’ assumed cult status with his signature step. Uran Khatola (1955) was another successful release of its time at this cinema. Imperial was considered prestigious right till the end of ‘50s after which better theatres started springing up in its vicinity at Grant Road. Cinemas like Minerva, Apsara, Novelty, etc offered air conditioned comfort and better facilities compared to Imperial. Naturally, the audience started preferring them especially in summer time when it became quite hot at Imperial in the non air-conditioned environment. Steadily, the cinema lost its glory and got relegated to lower ranks though it was still the main theatre and screened many super hit films even after that.

In 1973, Imperial Cinema is where Amitabh Bachchan found his superstardom with Prakash Mehra’s Zanjeer which gave birth to the angry young man!! The film ran housefull here for thirty straight weeks and the current booking counter opened only after that. Later, Prakash Mehra’s Hera Pheri (1976) also became a super hit at Imperial. Some of the other Bachchan releases here are Besharam (1978), Andhaa Kaanoon (1983) and Geraftaar (1985). Manmohan Desai’s Gangaa Jamunaa Saraswathi (1988) shifted to Imperial after its initial run at Metro Cinema, Mumbai.

In 1989, Dev Anand’s action packed Lashkar celebrated a silver jubilee run at Imperial. Ironically, it was the last silver jubilee film for the actor as well as the theatre. Years later in 2016, Aman Ke Farisshtey, a much delayed movie made by the same team, released here but it was a washout. 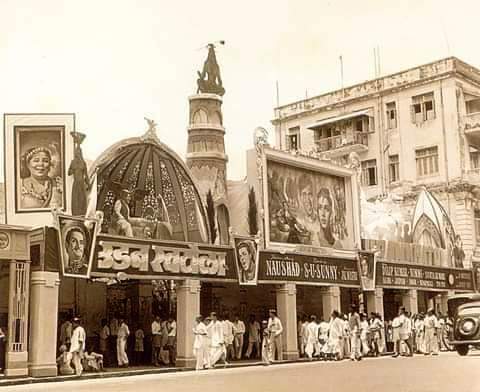 By ‘90s, the theatre was in a bad shape with creaky torn seats, foul smell and unclean ambience. It was neither able to change with the times nor adapt to the new trends in cinema viewing. The family audience had deserted it long ago and the theatre started to be frequented by labour class crowd for whom the theatre started showing C grade Hollywood and South Indian dubs.

Imperial didn’t open after the March 2020 lockdown due to Covid 19 outbreak. It is now being used as a warehouse by certain logistic company with the outer lobby used as a dumping and storage space. They haven’t disturbed the main structure though. It is highly doubtful if the cinema will open post pandemic, let’s wait and watch!!