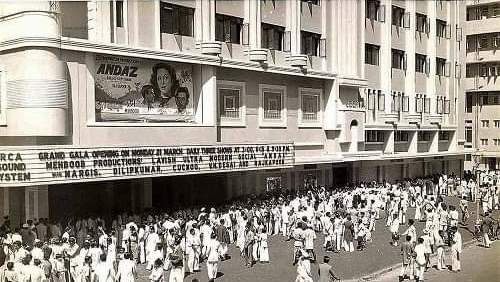 Liberty Cinema at Marine Lines, Mumbai shares its birth year with India’s independence i.e. 1947 which inspired its founder Late Habib Hoosein to name it Liberty. It remains one of the few art deco cinemas in the city and is also said to be the first theatre to have a digital projector. The building itself is no less than a grand palace whose look and décor wowed even noted Hollywood director Christopher Nolan during his recent visit to India. One of the few cinemas in India which has exotic curtains placed on its screens which unfold before the start of the film and during the interval. The theatre also houses a thirty-seater preview hall called Liberty Mini on its fifth floor which is used for exclusive press previews and trial shows.

The first ever film to be premiered at Liberty Cinema was Mehboob Khan’s Andaz (1949) which became a super hit. The Oscar-nominated Mother India (1957) ran housefull for almost a year here while its longest-running film is Hum Aapke Hain Koun (1994) which ran for an unbeaten 105 weeks in regular three shows and 16 weeks in matinee shows creating an unbeaten record. Interestingly, Liberty wasn’t doing that well in the late ’80s and early ’90s screening re-runs of Hollywood films with few new Hindi releases like Prahaar (1991), Ajooba (1991), and Indrajeet (1991) which sadly didn’t work at the box office.

The theatres fortunes changed when Rajshri Productions upgraded the cinema with improved sound quality (Optical stereo sound) and plush seating arrangements for their magnum opus Hum Aapke Hain Koun. The screen used to illuminate like a wedding pandal during two popular songs – “Didi Tera Devar Deewana” and “Joote Le Lo” which was a major attraction for its audience.

As aforementioned, Hum Aapke Hain Koun ran for more than two years at Liberty. Noted artist MF Hussain saw the film at this cinema and fell in love with Madhuri Dixit. He visited Liberty a hundred times just to watch her on-screen. The theatre used to actually reserve his favorite seat for him. 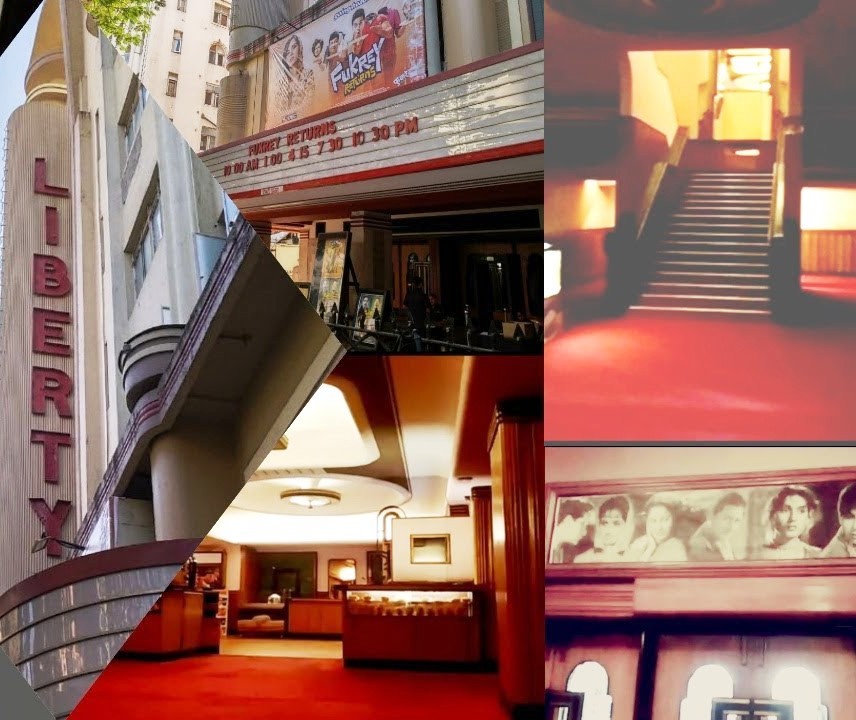 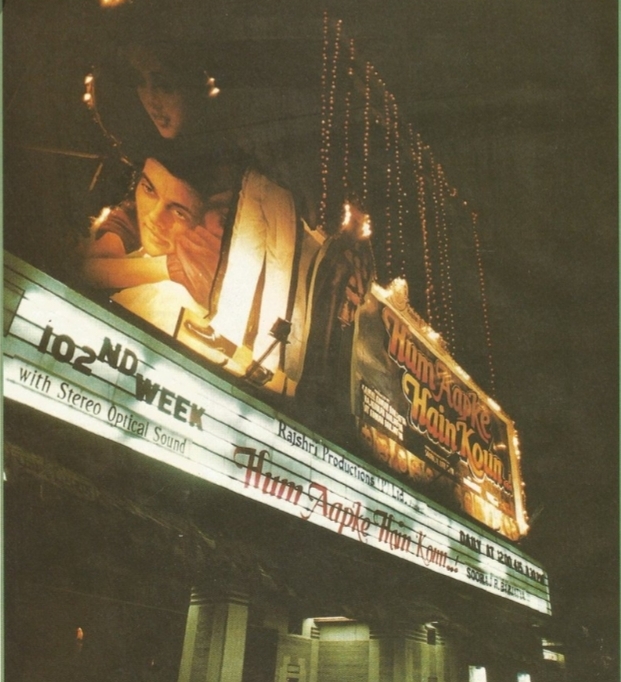 The Rajshri’s continued their fruitful association with Liberty premiering their next Hum Saath Saath Hain here which celebrated silver jubilee (25 weeks run) at this cinema. In 2011, they released Jaana Pehchana only in this theatre in entire Mumbai. The film was a sequel to their 1978 hit Ankhiyon Ke Jharokhon Se. In fact, that film has a scene which was shot in this very theatre. So much for the Rajshri connection with this cinema!!

With the multiplex era starting from early 2000s, Liberty’s business started getting impacted particularly after its close neighbour Metro cinema went the multiplex way in 2006. But the second generation owner Nazir Hoosein kept the show going by screening the latest Bollywood releases although it became increasingly difficult to fill in the one thousand two hundred seating capacity theatre. In 2012, Liberty cinema shut down after screening its last release called Kismat Love Paisa Dilli (KLPD) which was a box office disaster. The theatre remained shut for four years but utilised this period to let out its premises for stand up comedy acts, musical shows and film shoots. A major part of Rohan Sippy’s comedy film Nautanki Saala (2013) was shot at Liberty. In 2016, the theatre was acquired by Carnival Cinemas and opened with the year’s biggest blockbuster Dangal.

After Dangal, Liberty started full operations screening the new Hindi releases while intermittently leasing out the premises for film shoots like Rajkumar Hirani’s super hit Sanju (2018). In 2019, its owner Nazir Hossein passed away and his body was kept at the theatre for condolences and prayers. Later, the third generation of Hoosein family, Aranka took charge of the cinema which was running successfully till the Covid pandemic led to theatre shutdown in March 2020. It is only a matter of time before the exotic curtains are raised once again at Liberty. Amen!! 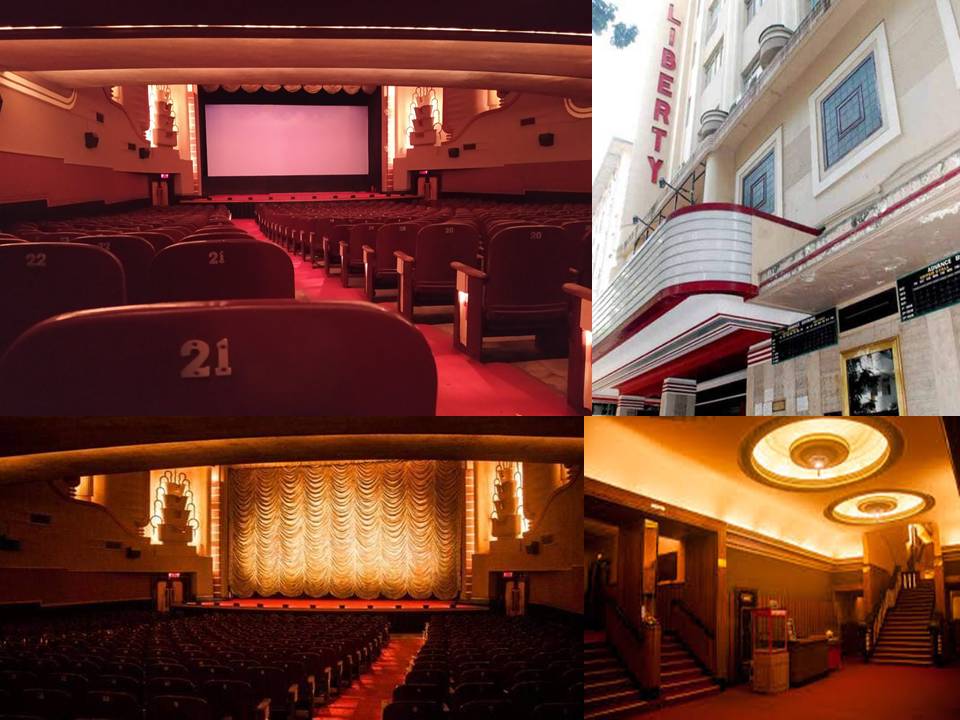