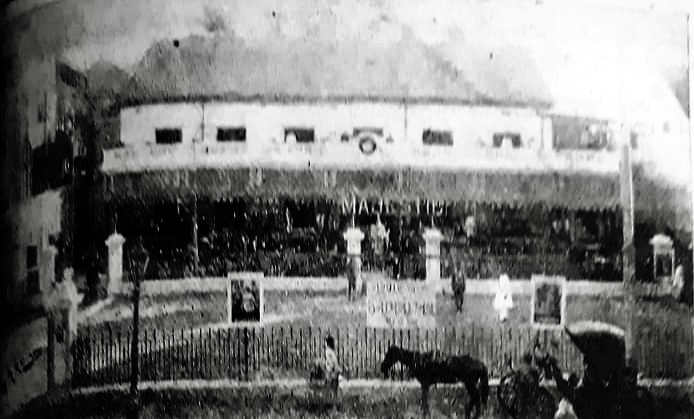 True to its name, Majestic was once a prime cinema in the heart of Mumbai (then Bombay) which has seen the silent era right till multi-colour talkie age. In the pre-independence time, theatres like Majestic, Gaiety (later renamed Capitol) and Rippon (renamed Alfred) comprised the major cinema halls catering largely to the British officers posted in town. Unlike Gaiety and Rippon which evolved from drama theatres to screening films, Majestic opened directly as a movie theatre.

The glorious journey of Majestic Cinema started in 1914, exactly a year after India’s first film- Raja Harishchandra – directed by the ‘Father of Indian Cinema’ Dadasaheb Phalke released to an enthusiastic response. The theatre was situated in Mumbai’s Girgaon area near St. Teresa’s Church close to the Girgaon tram terminus (TT). It was one of the main theatres of its times.

Majestic played Hindi as well as Marathi films to cater to the locals. It had a fantastic ambience ideal for family audience which came in large numbers. A local Gujarati tabloid had then posted a major article on this cinema mentioning its various amenities. It mentioned that once you come to Majestic, you will never feel like going to another place.

The theatre attained immortality when it screened India’s first talkie film Alam Ara on 14th March 1931. The love story of a prince and a beautiful gypsy girl ran successfully for eight long weeks at this theatre. On multiple occasions, the police had to be called in to control the crowd. A few years later, Jeevan Prabhat (1937) which was the first film tackling social issues like widow re marriage and caste system became a huge hit at Majestic. Thespian Dilip Kumar’s debut Jwar Bhata (1944) also tasted success at this cinema.

During the ’50s the theatre started facing a downfall as many new cinemas sprung up at Grant Road offering tough competition. To remain in the game, Majestic switched from Hindi to Marathi cinema as well as mythological movies which were a huge draw in those days. 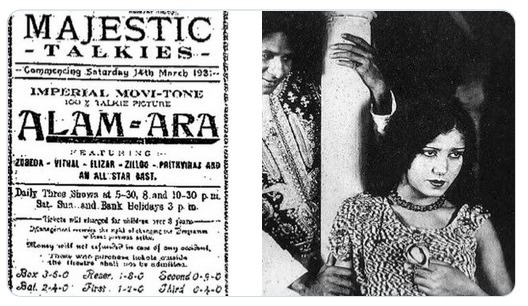 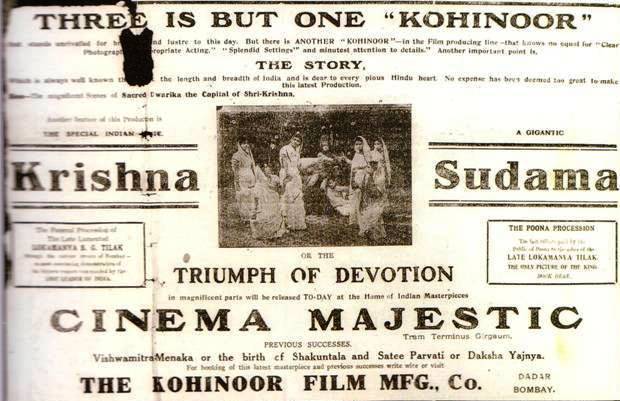 An Indian technician Suchet Singh had taken training in Charlie Chaplin’s studio in Hollywood. He had filmed the funeral procession of the great freedom fighter Lokmanya Tilak and the last rites held at Girgaon Chowpatty. Kohinoor films released their film Krishna Sudama (1920) at Majestic cinema and just before the start of this film, the reels of Lokmanya Tilak’s funeral procession would be shown to the moist eyed audience.

By the ‘70s, Majestic was in a bad state and decided to shut down forever. As per rumours, it had a renovation but never got opened. The theatre joined the list of some big names like Rivoli, Rex, Broadway, Lotus, etc which downed their shutters in the late 70s unable to cope with the increased competition from new theatres.

The cinema was demolished soon and later converted into a shopping center and tower which are now known as Majestic Tower and Majestic Shopping Center. As per the government rules, a cinema hall was also proposed in the plan but sadly, that didn’t work out. Thus, the sixty year old glorious run of a major cinema in Mumbai came to an end.