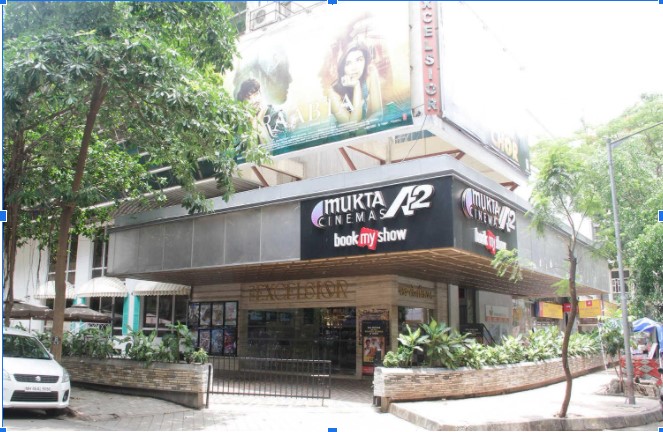 One of the oldest surviving single screens in Mumbai, New Excelsior started screening films in early 1910s and its closest competitor was the Capitol Cinema at Victoria Terminus (Now Chatrapati Shivaji Maharaj Terminus) just a stone throw away. Situated in the bustling downtown, New Excelsior is one of the rare single screens which doesn’t have a balcony.

The theatre was earlier called Excelsior and used to primarily screen the latest English films and it was only after getting a facelift in early 1970s, the “New” got added to its name and has stuck since. New Excelsior has glorious history of being the main theatre for many Bollywood blockbusters including Don (1978), Shalimar (1978), Bombay (1995), Ishq (1997) and Gadar Ek Prem Katha (2001). For those unaware of main theatre concept, prior to multiplex era, Hindi films used to release in limited cinemas across India. In every city, there used to be its main theatre where this film used to run for weeks together and celebrate a jubilee (silver for 25 weeks, golden for 50 weeks..). That theatre used to get associated with the film itself like New Excelsior is to Gadar and Don.

In fact, when Amitabh Bachchan’s Don (1978) released here, there was a huge queue for the advance booking (refer photo above) stretching right up to the next lane where Sterling and New Empire cinema stood. Not many know that Bollywood’s all-time big blockbuster Dilwale Dulhaniya Le Jayenge (1995) which recently completed 25 years of release premiered at New Excelsior and had a successful silver jubilee run there before shifting to Maratha Mandir where it continued to play in matinee shows right till the March 2020 lockdown. The theatre had quality patronage with evening shows preferred by office goers working nearby. But with changing times and multiplexes coming up with better facilities, the crowd started declining and business started suffering from early 2000s. The next lane Sterling cinema converted to plex. So did the close by Metro cinema. New Excelsior had to keep up with the changing times and move to the next level or else face imminent closure like the neighboring New Empire and Capitol cinema did. 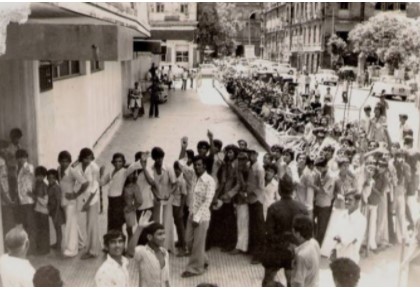 In 2016, Subhash Ghai’s Mukta Arts acquired the theatre, renovated it fully giving it a classy multiplex-like feel, and rebranded it as New Excelsior Mukta A2 cinema. Before Subhash Ghai became its owner, New Excelsior already had a fruitful collaboration with him premiering some of his blockbuster hits like Karma (1986) and Ram Lakhan (1989). Interestingly, Karma (1986), released during the peak of video piracy, attracted a crowd in hordes due to its 70MM stereophonic sound print. A 10 rupee upper stall ticket was being sold for Rs. 100; an unheard-of amount in the 80s!! The refurbished 550 seater cinema started a trend of screening old Bollywood classics every Sunday matinee and Subhash Ghai re-premiered all his past super hits like Karz (1980), Ram Lakhan (1989), Khalnayak (1993), Pardes (1997) and Taal (1999) calling on his cast and crew for an online discussion with his audience.

The Sunday matinee shows became a huge success and many yesteryear hits like Maine Pyar Kiya (1989), Hum Aapke Hain Koun (1994) and Jab We Met (2007) attracted crowds once again. The tickets for these special shows were modestly priced at just Rs. 118.

(Authors Sumeet Nadkarni and Alex Almeida at the special screening of Disco Dancer in May 2018)
Today, New Excelsior is one of the better single screens in Mumbai city. It offers value for money in terms of single screen charges for multiplex styled facilities. The pizza at the cafeteria is also a must-try!! 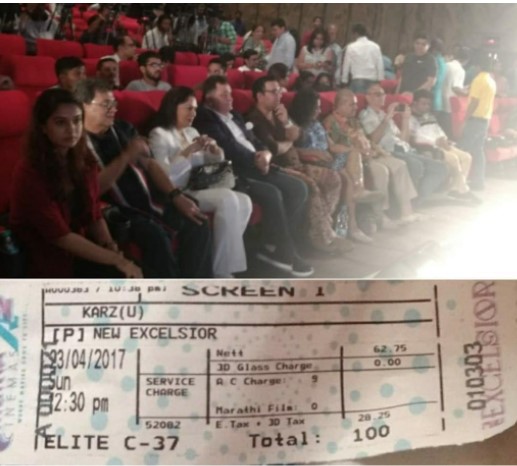 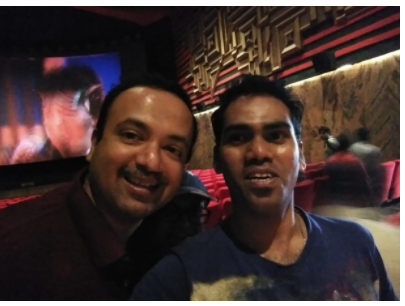