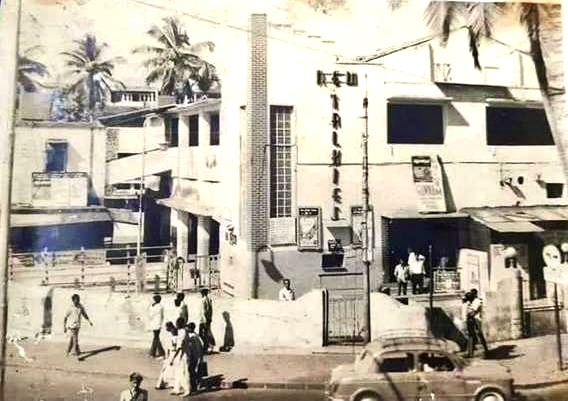 One of the oldest cinema halls of Bandra; New Talkies has seen the golden era of the ‘50s and ‘60s and evolved with the time under different names from Globus to Le Reve even as it still continues to serve as a movie entertainment hub for Bandra residents. The theatre has also seen many management changes from its original owners Habib & Co to the Bhatt family and finally to Chimanlal Desai in the ‘70s who was partner of the Bhatt family in the nearby Neptune Cinema as well. In the twenty first century, it became Globus and later got acquired by the multiplex major PVR.

In the olden days, New Talkies was the only suburban cinema to screen English films which would invariably turn up here after exhausting their first run at the main city theatres like Regal, Sterling, Eros, New Empire, etc. The audience would come to watch films for repeat view and also for its ticket prices which were much cheaper here than the prime cinemas. The theatre did not have any advance booking and the box office counter would open half an hour before the show. This was done to keep the black marketer menace at bay. The ticket prices would be as low as fifty paise (half rupee) for lower stalls and seventy five paise (three fourth of a rupee) for upper stalls. Only one ticket would be issued per person.

Some of its early releases include films of Julius Caesar, Tarzan, James Bond films, Laurel and Hardy comedies and Charlie Chaplin classics. The Ten Commandments (1956) also had a good run at New Talkies. Cartoon films for kids were screened in Sunday morning shows with ticket price of one rupee. Hindi films were sometimes screened in matinee shows but after Guru Dutt’s Kagaz Ke Phool (1959) was released here in regular shows, Hindi films started getting preference at this cinema. With Kagaz Ke Phool, New Talkies also upgraded to cinemascope screen. Two of biggest Konkani films – Amchem Noxib (1963) and Nirmon (1966) were screened here and Catholics from across the city visited the cinema in large numbers as Konkani films hardly found any theatres in Bombay then.

The theatre history will remain incomplete without mentioning late Tony Fernandes who worked as its manager for many years. Mr. Fernandes was a thorough gentleman who struck friendship with the theatres’ regular patrons and used to help them get tickets even at the last minute. He is still fondly remembered for this genial attitude. Another old staff remembered by the patrons is the projectionist Kadri who would allow family and kids to take a look at the projector.

New Talkies downed shutters in 1972 to make away for a new structure and re-opened in 1974 with Raj Kapoor’s blockbuster Bobby (1973). In its renovated avatar, the theatre had reclining seats and centralised air conditioning which was rare for a suburban theatre those days. The popular canteen owned by a Parsi gentleman served the best snacks in the area. 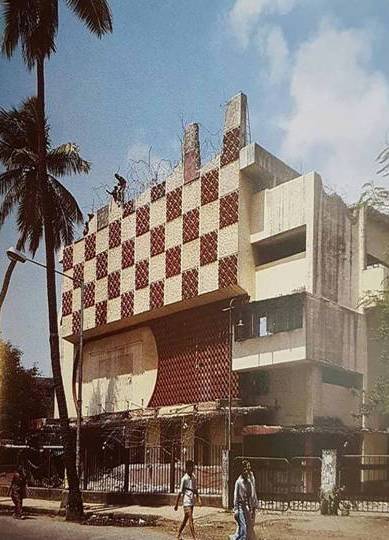 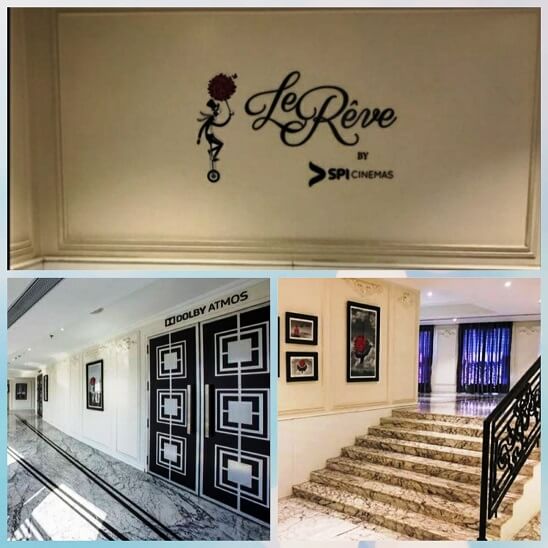 The cinema’s second innings starting early ‘70s was much more rocking with celebrities like veteran actor Jayant and his two sons Amjad Khan and Imtiaz Khan being regular at this theatre so much that their favourite seats would be reserved for them. Then newcomers Rekha and Kiran Kumar were also seen enjoying a film here with others like Prem Chopra and writer V. Rajendra Gaur.

In the mid-80s, the theatre started facing low occupancy due to video piracy and its competitor trio – Gaiety Galaxy Gemini – getting more prominence for new Hindi releases. The last Hindi film screened here was Kamla (1985) after which the cinema decided to revert to its original policy of screening English films only. Thus from 1985 till 1991, New Talkies screened English films mostly old re-runs or newer films which would exhaust their run at the main theatres. Treasure Island (1990), Conan The Destroyer (1984), Armour of God II (1991), Flashdance (1983) were some of the Hollywood films screened here. The schedule for English films would not change weekly but bi-weekly i.e. change of movies after every two – three days.

The Hollywood re-runs couldn’t attract audience beyond a point and New Talkies shut for a short period sometime in 1991. It re-opened in 1993 with Sunny Deol’s Lootere and started screening new Hindi films again. Shreemaan Aashique was one such release. Unfortunately, that didn’t last long and New talkies downed shutters permanently within a few years and its structure was also demolished before the turn of the century.

The plot on which the cinema stood was taken over by the Raheja Group who opened Globus mall in its premises in November 2001. In October 2002, the in-house theatre called Globus started functioning with its first release being the sex comedy Yeh Kya Ho Raha Hai. Globus was a smaller screen than New talkies but equipped with latest facilities like stupendous sound, comfortable seating and a multiplex like ambience. Its ticket prices were costlier than the other theatres in that area and so were frequented only by the elite class crowd. The theatre would screen all new releases from Hindi to English films and also offered 3D viewing experience to its viewers.

As the years went by, the theatre management kept changing and Globus was rechristened Le Reve Cinema after it was acquired by the Tamil Nadu based SPI cinemas. Le Reve means a dream (in French language) and the cinema’s interiors were designed to reflect this change by renowned designer Vikram Phadke. Entering the two hundred fifty seating capacity theatre was a royal experience in itself with one of the best facilities and Dolby Atmos sound system but was a big hole in the pocket and naturally, its patrons were restricted to elite class only while the middle class and lower middle class audience preferred the nearby G7 (Gaiety Galaxy) at Bandra.

Le Reve opened to the public in October 2016 with Jio MAMI Film Festival which attracted a significant audience. Later, it played Hindi as well as Hollywood films in five shows daily starting 10 am.

In October 2019, during Jio MAMI Film Festival, there was collaboration with IMDb (Internet Movie Database) – the world largest movie database site – for a special event held at Le Reve Cinema. Co-author Alex Almeida was invited to this grand event as one of the top ten contributors of IMDb along with some well known names from Hindi and Marathi film industry.

In March 2020, the theatre had another management change and was taken over by PVR Cinemas but within a few days, the COVID pandemic struck forcing a closure for cinema halls across the country. The theatre is expected to open again once things normalise.