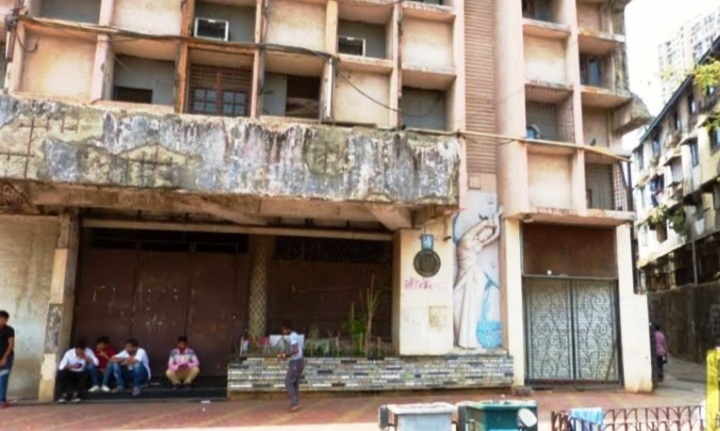 Started in the late 1920s when Grant Road became the entertainment hub of Mumbai, Novelty Cinema was the main theatre for big budget Hindi as well as English films right till the end of the century. In the pre-independence era, it premiered movies of top producers like Kishore Sahu, Mohan Sinha and A.R. Kardar. Films like Sajan (1947), Do Bhai (1947), Dard (1947), Howrah Bridge (1958), Chalti Ka Naam Gaadi (1958), Love in Simla (1960) and Aas Ka Panchhi (1961) were its early hits. The cinema made its name into the pages of history when the P.L. Santoshi directed film Shehnai was released here on the Indian Independence day of 1947 becoming a huge hit with a silver jubilee (25 weeks) run.

Novelty was renovated in early ‘60’s and re- opened with the premiere of Bimal Roy’s Benazir (1964) which had the legendary Meena Kumari portraying a respectable courtesan. The cinema, class divided in to stall and balcony, offered air conditioned comfort to its patrons with plush seats and a large canteen. It was situated in a multistoried building which housed commercial offices and a bank as well. The entry to the theatre was from the front of the building but it was actually situated at the back. Interestingly, actor Boman Irani’s family shop called Golden Wafers was situated right behind this cinema.

Like most main theatres, Novelty used to play four shows daily. The first or matinee show used to feature a different film from the other three regular shows. The advance booking used to open from Monday for the forthcoming Friday release and the theatre used to witness a huge crowd gathered outside to watch the latest blockbuster first day first show. It soon became a favourite of family audience and began to be referred as “Theatre Magnificent”.

In December 1970, Raj Kapoor premiered his magnum opus and most ambitious film ‘Mera Naam Joker’ at this cinema. The film was more than four hours long and so Novelty had only three shows instead of its regular four. Unfortunately, the audience did not give a favourable response to Joker and the film, though considered a classic today, became a commercial failure. Likewise, Krishna Shah’s Shalimar (1978) also had a grand premiere at Novelty Cinema which drew people in hordes just to watch Dharmendra, Zeenat Aman and the foreign actors attending the event.

B.R.Chopra’s Muslim social Nikaah (1982) was another blockbuster which ran housefull for more than a year at Novelty and made a star out of actor-singer Salma Agha. The theatre also proved lucky for Sridevi as her Nagina (1986) as well as Chaalbaaz (1989) celebrated jubilee run here. Later, Kamal Hassan chose Novelty to release Hindi dubbed versions of his two South blockbusters – Appu Raja (1989) and Mayor Saab (1990) – which performed well in matinee shows. Director Indra Kumar’s films like Mohabbat (1985), Dil (1990) and Raja (1995) also tasted box office success at this cinema.

The new millennium brought in a significant change in cinema viewing with multiplexes becoming the preferred choice of movie goers. Single screens like Novelty started feeling the pinch of this trend even though it continued to screen the latest Hindi blockbusters. Films like Company (2002), No Entry (2005) and Rang De Basanti (2006) were the last few hits at Novelty before it shut down in early 2006 with last screening being the Nana Patekar- John Abraham starrer Taxi No 9 2 11. Novelty ended its innings being one of the few cinema halls in Mumbai which had over twenty five films enjoying a silver jubilee run. It stayed true to its tag of ‘Theatre Magnificent’; right till its end.

Later in 2006, there were talks of Reliance Big Cinemas planning to turn Novelty in to a multiplex but sadly, the deal didn’t materialize. As on date, Novelty building continues to wait for its next turnaround…whenever that happens!! 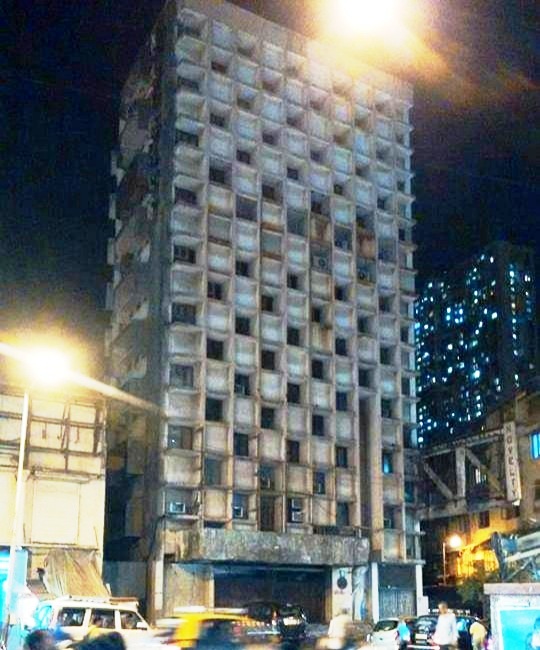