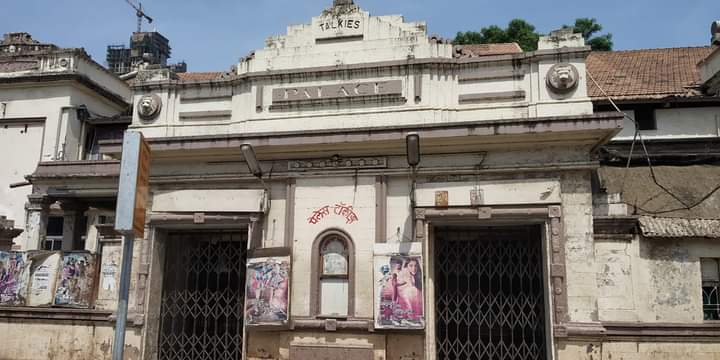 The only cinema hall in Byculla; Palace Talkies is situated right outside the railway station and is next to the Byculla market and a walking distance from Jijamata Udyaan (zoo). The theatre lives up to its name as the external structure resembled no less than a palace when built. Just as Paradise Cinema is the Amar Akbar Anthony of Mahim, Palace is same to Byculla as it is surrounded by a Mosque, Hanuman Mandir and the Gloria Church close by.

Palace started its operations in 1932 and was owned by M. B. Bilimoria & B. D. Bharucha. It was then built at a princely cost of more than Rupees one lakh and inaugurated by the Mayor of Bombay. Mr. Billimoria was a well known film distributor of those times while Mr. Bharucha was a chemist by profession. The theatre was built as partnership between the two gentlemen and was equipped with latest technology, western electric sound and a comfortable ambience. It would initially host musical shows, dance performances, dramas and live concerts. The theatre started screening films a year after Indian’s first talkie film – Alam Ara – released in 1931. Palace got an early opportunity to screen Indian as well as English films.

The theater had a balcony, stalls and box. Balcony tickets were the most preferred and would always be sold in black. Being the only cinema hall in the area, Palace didn’t have competitors in the initial years but later, it had to face competition from theatres like Ganesh (Lalbaug) and Jai Hind (Kala Chowki) not too far away. Palace was always known to screen second run releases which would come to the theatre after completing its innings at the main theatres. Patrons who missed these movies initially would come to catch them at Palace. The cinema also screened Hollywood films featuring the likes of Clint Eastwood, Charles Bronson and Charlie Chaplin in its Sunday morning shows.

During the ‘Doordarshan’ days, public got a chance to see old films on television but before that cinema halls were the only avenue to showcase such old films and Palace was one amongst them.

Certain classics like Mughal-E-Azam (1960),Taj Mahal (1963), Mehboob Ki Mehndi (1971) and Pakeezah (1972) which highlighted the Mughal period as well as Urdu poetry on celluloid, did great business at Palace in re-runs. Even erstwhile flops like Jahan Ara (1964) and Deedar-E-Yaar (1981) pulled in the crowd at this theatre when released later.

Palace didn’t have long runs and even successful films would be screened only for a week or two. The longest running film at the theatre was Dilip Kumar – Vyjayanthimala starrer Ganga Jumna (1961) which ran here for an uninterrupted twenty five weeks. 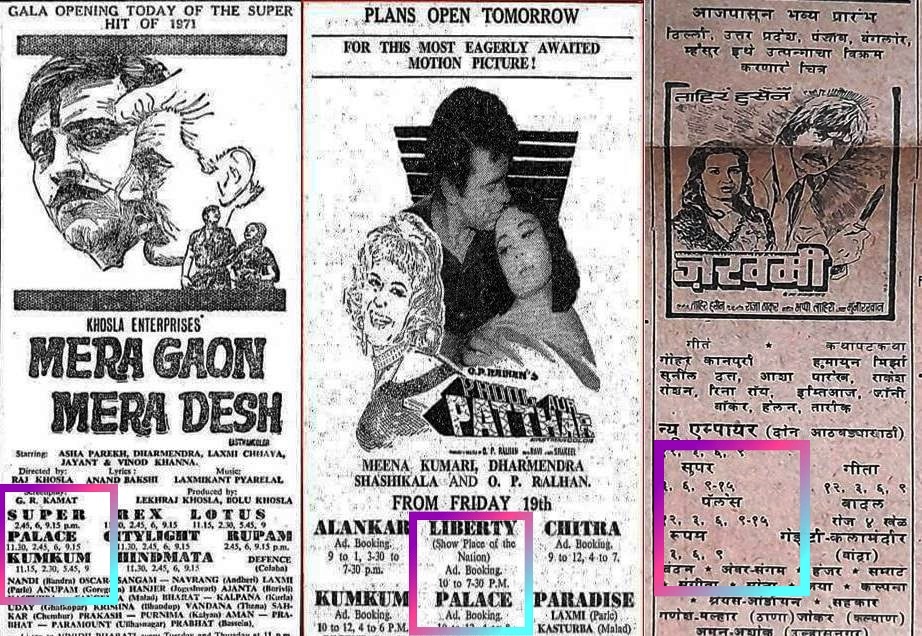 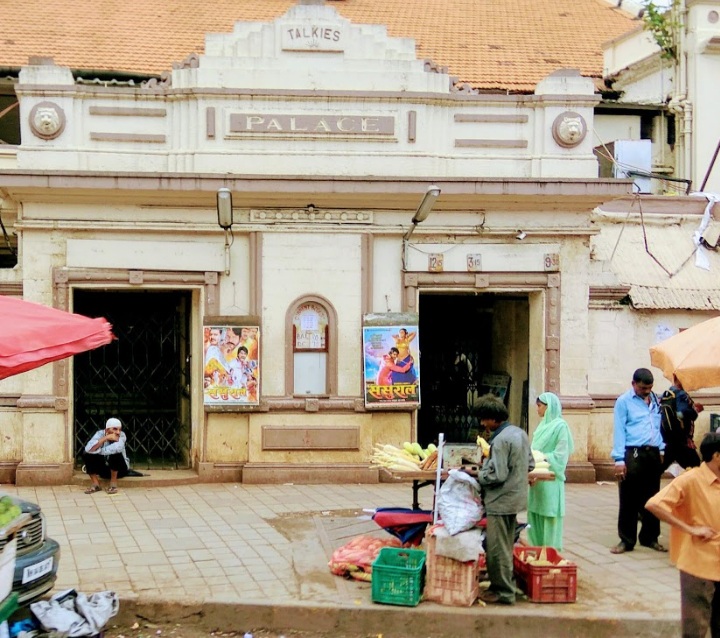 During the era of Rajesh Khanna’s romantic dramas and Amitabh Bachchan’s angry young man actioners, these films would come to Palace Cinema after a while but still there would be house full boards outside the hall with black marketers minting money. One of the unforgettable moments at the theatre was during the release of Laila Majnu (1976) when people started throwing coins on screen during the song ‘Koi Patthar Se Na Maare Mere Deewane Ko’.

In 1984, the theatre screened Sujit Kumar’s Bhojpuri film Paan Khaye Saiyan Hamaar which also had Bollywood superstars Amitabh Bachchan and Rekha in guest appearances. This film was a super hit at Palace and perhaps a precursor to its future when the theatre turned in to a prime cinema hall for Bhojpuri films.

The present millennium saw a VCD boom with movies available for as low as Rupees twenty per title. Theatres depending on second and old re-runs ran out of business and it was at this point that Palace decided to make a switch from Hindi to Bhojpuri cinema. Films featuring Bhojpuri stars like Ravi Kishan, Manoj Tiwari, Nagma, Nirahua (Dinesh Lal Yadav) and Rani Chaterjee started filling its seats. The families had deserted the cinema long ago and it soon became a haven for labour class audience.

Palace Cinema featured on silver screen in the film Meri Biwi Ka Jawab Nahin (2004) during an opening scene when Akshay Kumar and Sridevi’s jeep passes from the theatre. Poster of Ajay Devgn’s critically acclaimed The Legend of Bhagat Singh (2002) is visible.

Until the Corona pandemic, the theatre was doing well with Bhojpuri films and re-runs but after the lockdown for more than a year, the management has decided to shut Palace with no update on its future. Let’s wait and watch!!