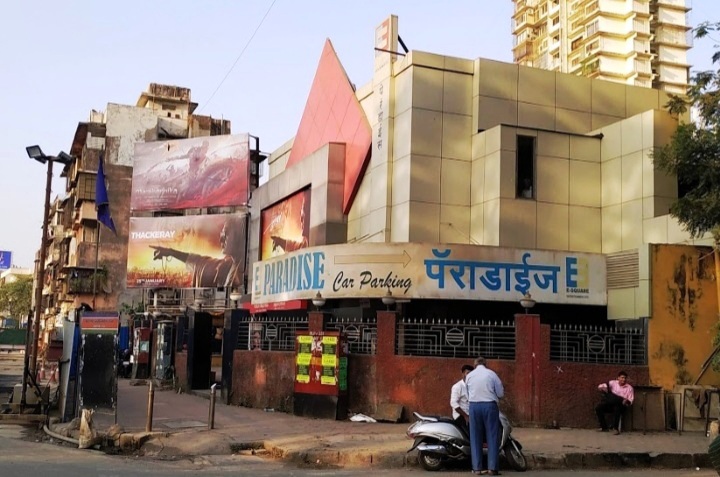 Situated at the ever busy Lady Jamshetji (L.J.) Road in the heart of Mahim, Paradise Cinema is surrounded by Sitladevi Mandir at one end and Mahim Dargah (Makhdhoom Ali Mahimi) and St Michael’s Church at the other making it a sort of Amar Akbar Anthony in providing entertainment to the masses of Mahim and nearby Dharavi area for decades. One of the oldest cinema halls in the Dadar – Mahim area, Paradise Cinema was built in 1940s and acquired by the Dubash Family in 1950 whose third-generation Nilofer Dubash is its present owner. It is the only theatre in entire Mahim neatly nestled in the three-kilometre stretch between Citylight at Matunga and Nandi Cinema at suburban Bandra.

Paradise has been screening mostly Hindi films since inception and was known to screen re-runs in its earlier years. The new releases would invariably come to the plush Badal Bijlee Barkha in Matunga and would land up at Paradise after almost exhausting their theatrical run. The non air-conditioned cinema hall was mainly patronised by the unrestrained and at times, unruly crowd from Wanjawadi and Dharavi which kept the class audience far away from it.

Quite expectedly, Dharmendra and Mithun Chakraborty’s action films like Phool Aur Patthar (1966) and Kasam Paida Karne Wale Ki (1984) were a big draw here. As a kid, I remember watching Mahesh Bhatt’s Aashiqui (1990) which released here in its 25th week but still attracted a huge crowd. Other successful re-runs at this cinema include Amar Akbar Anthony (1977), Maine Pyar Kiya (1989) and Shola Aur Shabnam (1992). Another interesting hit at this theatre was Amitabh Bachchan’s The Great Gambler (1979) which didn’t do that well in its initial theatrical run but was highly successful when re-released with a new desi sounding title – Sabse Bada Juaari – to resonate with the masses.

The early ’90s era was not too kind to Paradise as it faced shutdown twice – once during the 1992 Bombay riots and another one for a few days when a case of molestation occurred during one of its night show. The theatre’s fortunes changed from mid-’90s with the closure of Badal Bijlee (Matunga) as well as Plaza Cinema (Dadar). Distributors started releasing new releases like Aatank Hi Aatank (1995) directly at Paradise. But that trend was short-lived as Movietime Starcity sprang up in the Badal Bijlee complex in 1999 and Paradise was back to its older days. 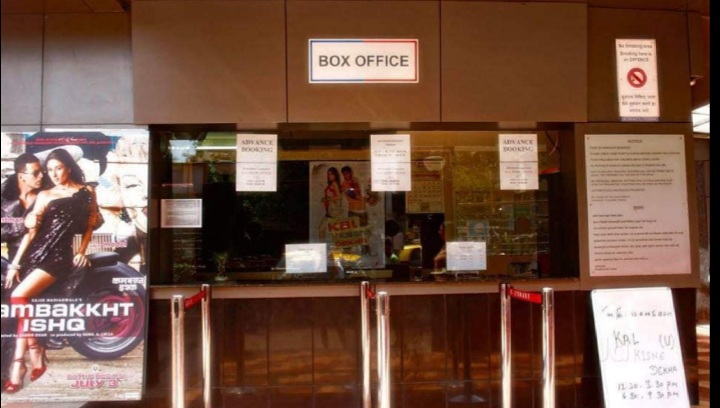 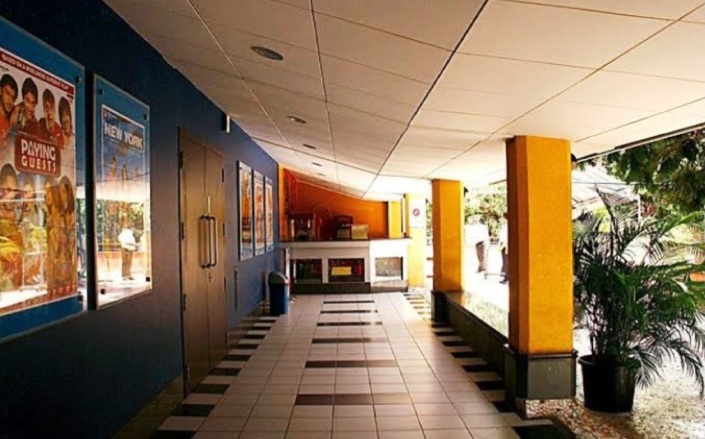 The class audience promptly deserted the theatre which was forced to showcase Ajay Devgan re-runs like Divya Shakti (1993) and Gair (1999) as well as some Bhojpuri films. The re- runs and B grade movies continued till 2008 when Paradise shut down which most took to be a permanent closure.

Thankfully, that didn’t happen and after months of elaborate renovation, the theatre re-opened with a new external décor as a classy single screen with air conditioning and seating capacity reduced from earlier eight hundred to a compact five hundred seater. Pune based E Square cinemas were responsible for the makeover who had also acquired Dreamland Cinema (Grant Road) and Bahar Theatre (Vile Parle) in Mumbai around the same time. Paradise opened its new innings in Diwali 2008 with the highly anticipated releases – Golmaal Returns and Fashion – two films which pulled in the crowd. The super hits Rab Ne Bana Di Jodi (2008) and Ghajini (2008) followed next and the theatre was back on its feet. Fully recharged!!

Not shying away from regional Marathi cinema which was seeing a significant uptrend, Paradise hosted some super hits like Mee Shivaji Raje Bhosale Boltoy (2009), Timepass (2014) and Double Seat (2015) which ran for several weeks here. Even now, the theatre drew Housefull board for masala entertainers like Chennai Express (2013), Rowdy Rathore (2012) and the Dabangg series. The Khans and Kumar replaced the earlier Dharmendra and Mithun da movies but Paradise still stands strong for providing complete mass entertainment!! 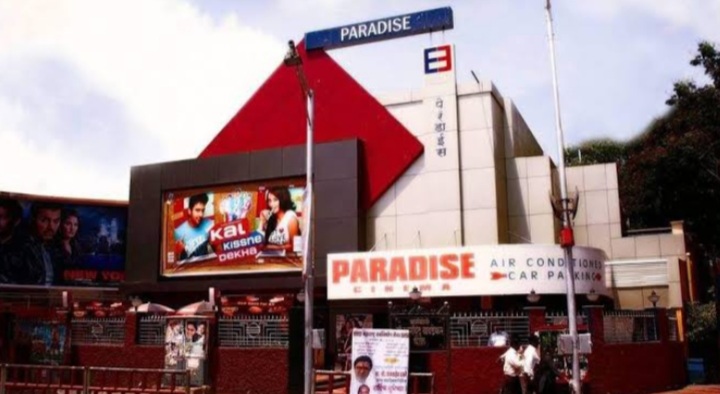