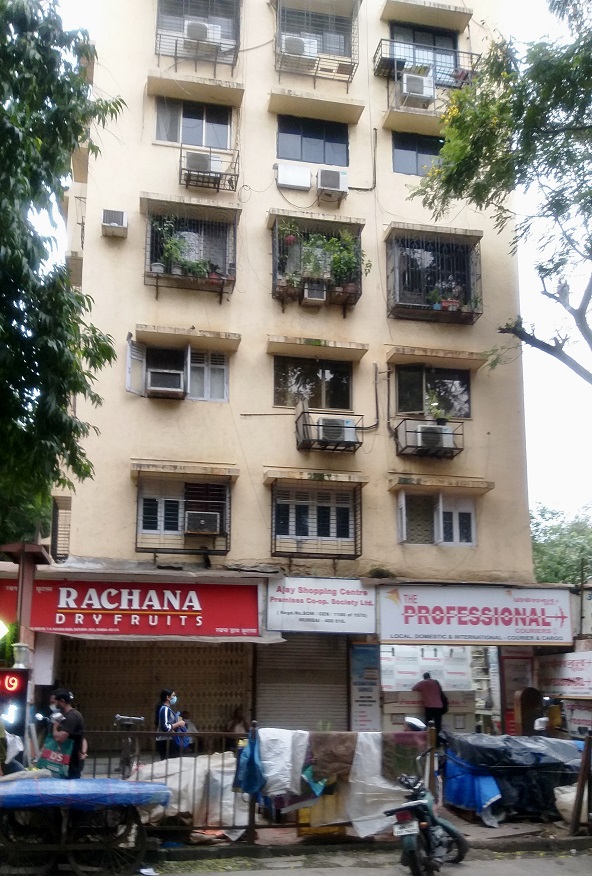 Having grown up in the Dadar-Matunga area in the ‘80s, I have watched films at Plaza, Badal Bijlee Barkha trio and Citylight Cinema. However, I also heard names of Shree and Rivoli Cinema from my grandfather who was a movie buff just like me. Through him, I understood that the present Ajay Shopping Centre was where Rivoli theatre stood once. In fact, some old timers still say “Rivoli mein BEST bill bharne gaya” referring to the now non-existent cinema. So what exactly was Rivoli’s story?!!

Seems Rivoli was a popular cinema in the area right till the ’70s and we were pleasantly surprised to know about its past glory while researching for this article. There is no photograph available of this old theatre as it went down in an era when clicking photos on a camera was a luxury, no less. New generation readers will find it hard to believe, am sure!!

Rivoli came into existence in the British era and was known to screen Hindi and South Indian language (mostly Tamil) films to cater to its locality patrons. It is said that in the ’40s itself, the cinema had screened some superhits. The theatre was frequented by film lovers from around Dadar, Matunga and Mahim area extending right up to Dharavi side. Compared to other cinemas of that time, Rivoli was not a big cinema hall and had seating capacity of approximately four hundred fifty seats offering a reasonably wide screen and a decent sound system in a non air-conditioned environment.

Rajendra Kumar, better known as Jubilee Kumar for his record hits, delivered a massive hit in Suraj (1966) which celebrated a silver jubilee (twenty five weeks) run at Rivoli along with many other cinemas across Mumbai. Those were the times when going to a cinema was nothing short of a grandiose event and the audience would go crazy celebrating the releases of their favourite stars – Bollywood or regional. Rivoli has seen fans of Tamil legends – M.G. Ramachandran and Sivaji Ganeshan – going berserk whenever their movies would release here. There have been cases of a mini riot erupting here between fans of these two rival superstars. During the release of Tamil film Naan Avanillai (1974) which was remake of famous Marathi play Toh Mee Navhech (1962), the patrons were treated to a grand arrival of the legendary Gemini Ganeshan (father of Bollywood diva Rekha). A rare film release at Rivoli was the Konkani classic Nirmonn (1966) which attracted a huge Catholic crowd from the Mahim area.

From the early ’60s, English films also gathered crowd at Rivoli in its matinee shows. Animation movies like Tom & Jerry and Adventures of Laurel and Hardy became a hot favourite here. The theatre enjoyed a successful run right till the early ’70s but started to decline thereafter. 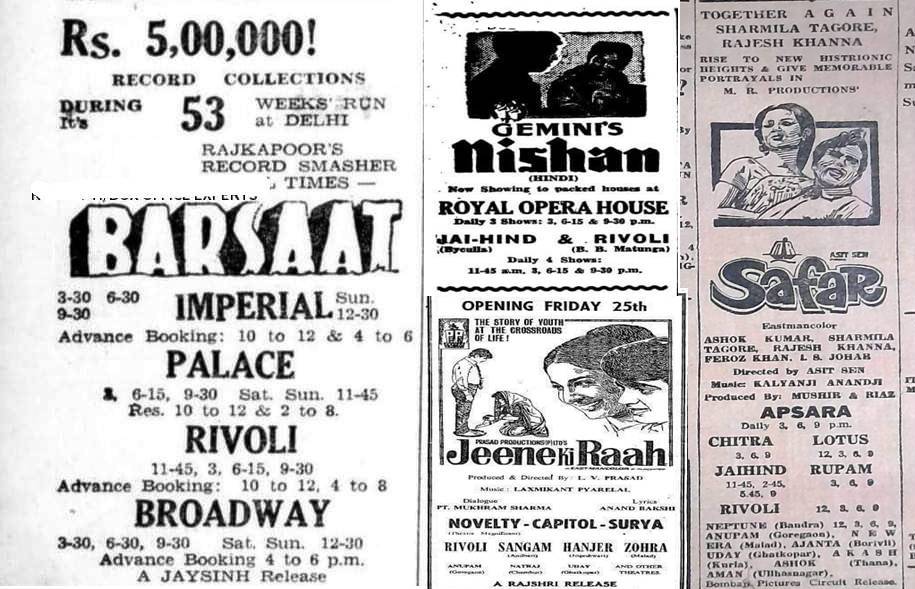 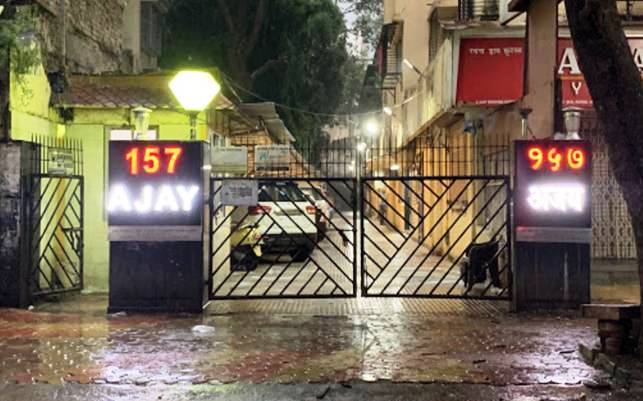 Rivoli was particularly affected by the emergence of Badal, Bijlee Barkha cinemas which came up in early ’70s and swiftly became the preferred choice of moviegoers. The crowd started declining rapidly and the theatre had no option but to resort to B grade fare which made it lose the family audience and the cinema got relegated to a sleaze house.

The theatre downed shutters by 1977 and the last release is said to be the Tamil film Moondru Mudichu (1976) starring the three icons – Sridevi, Kamal Haasan and Rajinikanth – and is still remembered today for its unique plot where Sridevi played step mother to Rajinikanth.

Within the next few years, a shopping complex called Ajay Shopping Centre came in its place which is still existent and houses many shops including a bill payment centre. That is the reason you hear “Main Rivoli mein bill bharne aaya” till date. Theatres may perish….but good memories don’t!!