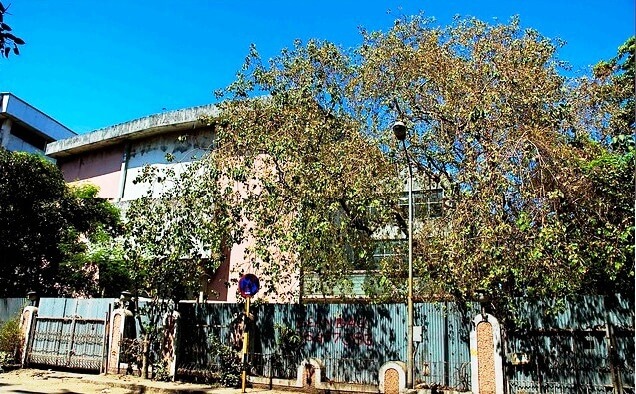 One of the prime cinemas of Worli – Satyam Sundaram Sachinam – was situated behind the old passport office close to Century Bazaar. It derived its name from the classical music note though it was often referred as Satyam Shivam Sundaram (1978) after the famous Raj Kapoor movie.

The theatre trio was mostly graced by office goers as well as college crowd from Worli and nearby Dadar area. Its closest competitors were Geeta Talkies at Worli Naka and Lotus Cinema further down which shut down in ’80s. The brand new refurbished Satyam Sundaram Sachinam (Satyam in short) opened on eve of Dusshera in 1979 with Amitabh Bachchan’s Manzil which didn’t do well here. However, Satyam then went on to screen all latest Hindi films throughout ’80s and ’90s with many movies celebrating silver jubilee (25 weeks run) at these three cinemas.

Satyam was the biggest of the trio followed by Sundaram while Sachinam, at farthest end, was a relatively small theatre. In fact, Satyam and Sundaram had balcony and stalls while Sachinam was a one class single screen. The ticket rates were economical for its target audience – middle class families, college kiddos and nearby office goers. The evening shows used to invariably go housefull due to the crowd getting in to catch the latest release after their hard day’s work. The theatre was run by C.D. Shah who also owned Bahar cinema in Vile Parle.

Like the Matunga trio Badal Bijlee Barkha, big ticket blockbusters used to release at Satyam first and after few weeks shifted to Sundaram while Sachinam was known to screen low budget and Ramsay horror flicks.

The biggest hit at Satyam was Rajshri Productions’ Maine Pyar Kiya (1989) which ran housefull for straight 25 weeks at Satyam Cinema. The Rajshris had specially upgraded the theatre with four track stereophonic sound system for this film. The craze for Maine Pyar Kiya, featuring the fresh pair of Salman Khan and Bhagyashree, was such that people watched it multiple times at Satyam buying tickets in black. The black market touts made a fortune during this time. After its silver jubilee, Satyam replaced Maine Pyar Kiya with not one but two new releases: Jeetendra- Rekha’s Mera Pati Sirf Mera Hai and Deewana Mujhsa Nahi starring Aamir Khan and Madhuri Dixit. But both the films flopped miserably and Maine Pyar Kiya was back at Satyam the very next week. In 1994, another Rajshri film Hum Aapke Hain Koun became a huge hit here. 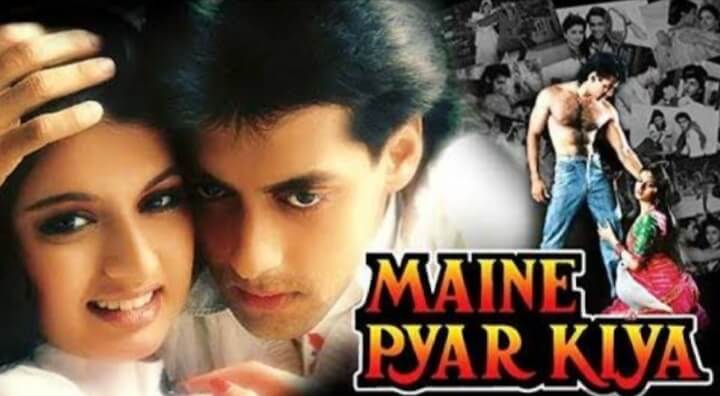 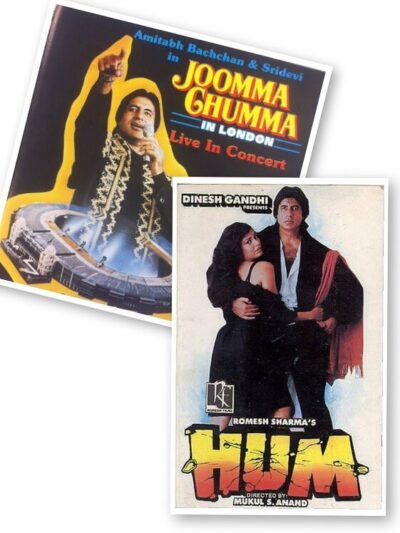 Superstar Amitabh Bachchan also received tremendous audience affection at Satyam as most of his ’80s and ’90s films ran housefull for weeks together at these three cinemas. Particularly in 1991, his much anticipated Hum featuring the blockbuster number ‘Jumma Chumma De De’ attracted such unprecedented crowd that a Rs. 15 balcony ticket was getting sold for an unbelievable Rs. 700 in black!!

In the same year, there was a mega Bollywood stars concert held in London by the name Jumma Chumma in London which was edited in to a two and half hour film and released at Satyam as its main theatre. The film, a one of its kind for Bollywood, garnered a good response and ran for two consecutive weeks here.

Another interesting incident was disclosed by actor-director Tinnu Anand whose Shahenshah (1988) released at Satyam in early 1988. Tinnu Anand, its director, was traveling in his car towards Worli and saw a huge crowd gathered in a lane which he presumed to be for passport applicants but was pleasantly surprised to know later that the serpentine queue was actually for the advance booking of his own film.

Not just commercial but even an offbeat film like Maya Memsaab (1993) attracted a huge crowd at Satyam’s booking counters. Surprisingly, most of the crowd were underage which lined up for the much publicised sex scene between Deepa Sahi and Shah Rukh Khan. Unfortunately, the film was ‘A’ rated and so the cinema couldn’t issue them tickets.

The theatre trio also attracted footfalls for Hindi dubbed films like Kamal Hassan’s Appu Raja (1990) and Mayor Saab (1990). Both were released at the smaller Sachinam where they ran successfully for many weeks. In 1993, Steven Spielberg’s Jurassic Park, which was the first Hollywood film to be dubbed in Hindi, completed a silver jubilee run at Satyam. Its overall success started a still continuing trend of Hollywood dubs in Hindi. Satyam was also famous for its spacious parking area where pivotal scenes of Sadak (1991) and Khiladi (1992) were shot. Coincidentally, Khiladi premiered at Satyam cinema only. 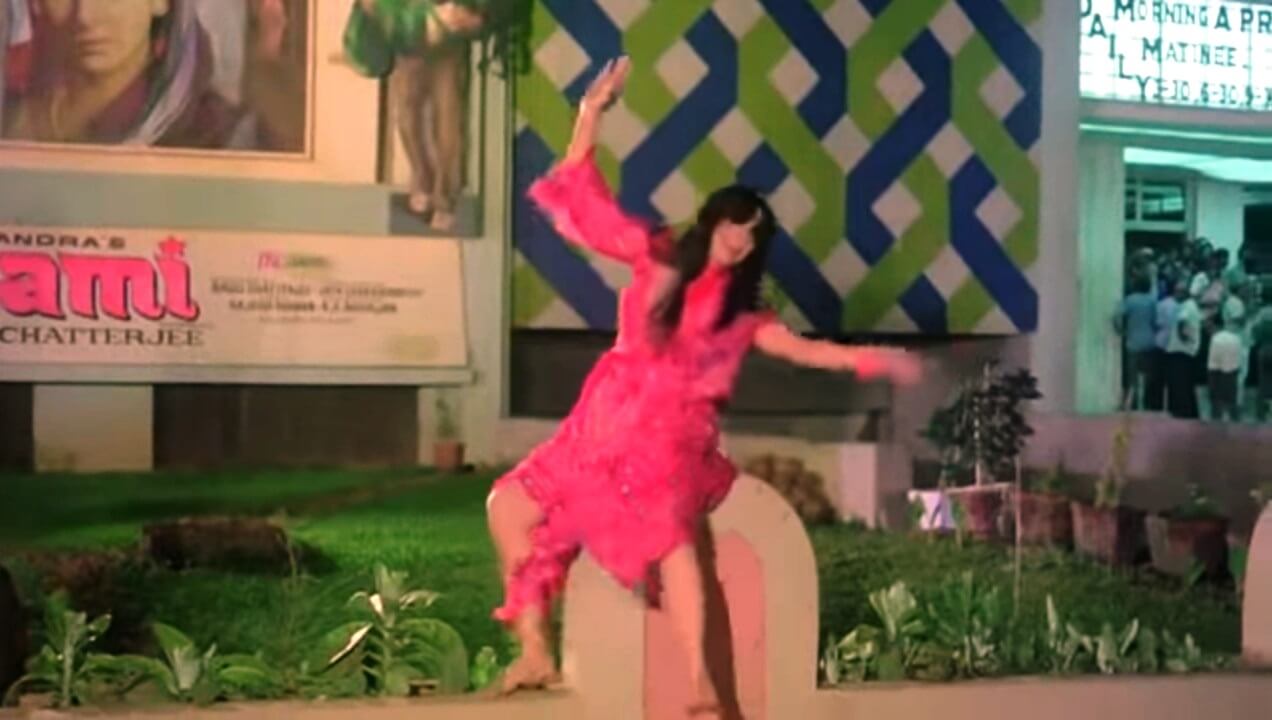 The theatre was also seen in Manmohan Desai’s 1979 super hit film Suhaag in the song ‘Main Toh Beghar Hoon’ where an onscreen drunk Parveen Babi is dancing outside the theatre.

After being a prime cinema throughout the ’80s and most of 90s, the Satyam plex started slipping due to rampant video piracy and cable TV invasion. The first to fall was Sachinam which shut somewhere in 1999 soon to be followed by Sundaram in 2000 with its last release being Vidhu Vinod Chopra’s Mission Kashmir. Satyam pulled on for a year before going down in 2001 and its last release was Dev Anand’s Censor. It was rumoured that C.D Shah was in huge debt and absconded leaving the theatres to shut down.

In 2005, there were news reports of A.V. Birla group taking over the theatre land for a whopping Rs. 42 crores but for next few years, the iconic structure remained as is in a dilapidated state. In 2011, the building was finally demolished. There were rumours of a tie-up with Adlabs for a smaller theatre as per the existing Government rules. As on date, the property is still under construction with no clarity if any cinema hall will indeed come up to carry forward the legacy of Satyam Sundaram Sachinam trio.