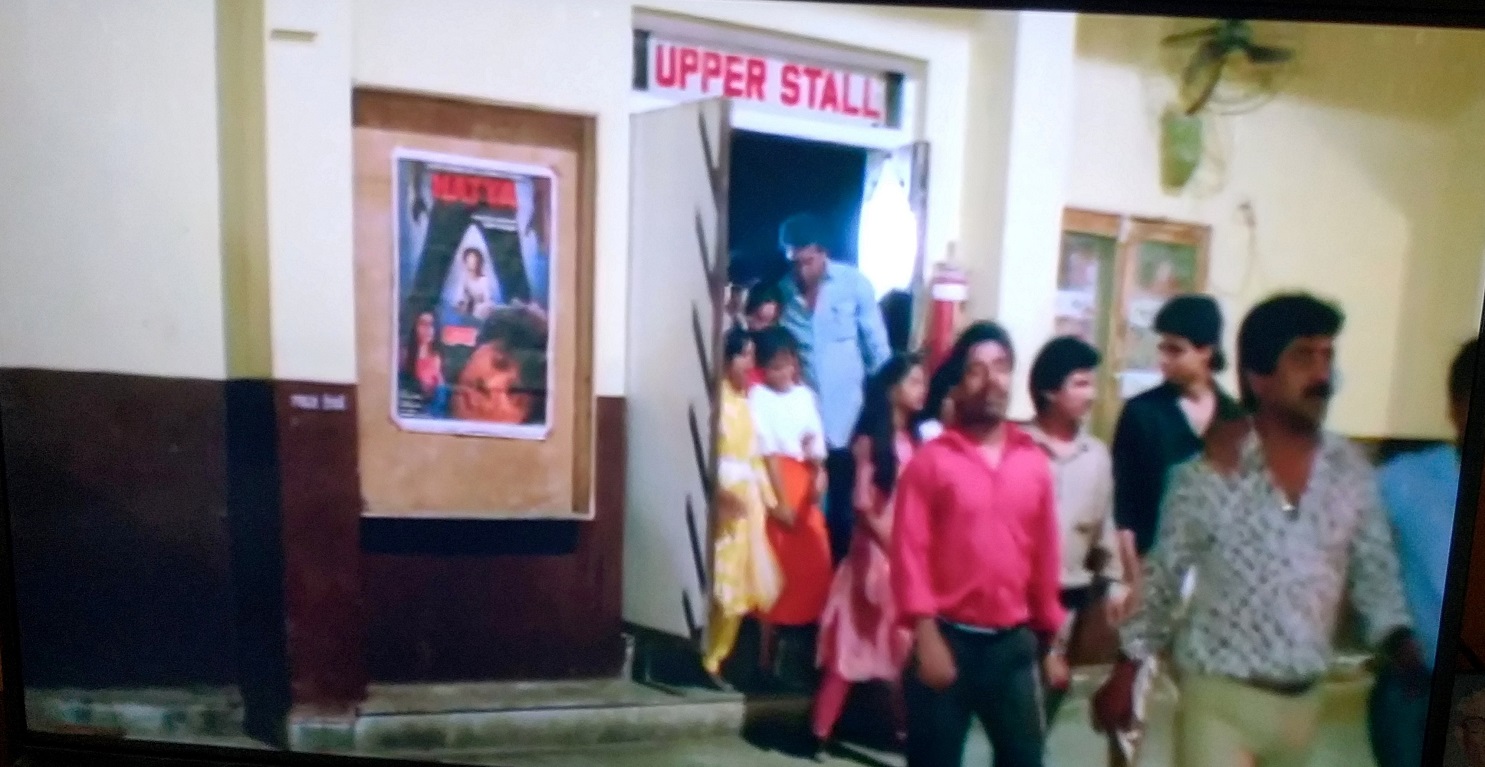 Shaan Cinema owes its name to Ramesh Sippy’s highly anticipated film Shaan (1980) and the theatre was to open in December 1980 with this westernized multistarrer. However, that didn’t happen as the interior work didn’t complete by then and finally, Shaan started its operations in February 1981 with Kumar Gaurav- Vijayta Pandit musical blockbuster Love Story. The theatre was owned by Babubhai Joshi who was also the owner of many other cinemas across Maharashtra.

Vyankatesh was like a typical small town/ village theatre without a concrete structure. It was also called as ‘Patra Talkies’ as it had metal sheet (patra) roof and covered with patra walls on all sides. During heavy rains, it would be difficult to hear the movie dialogues due to noise of rain drops falling on the metal sheets and sometimes, the nearby street kids would peep into the holes of these metal sheets to watch parts of the film. A non air-conditioned theatre with no balcony; Vyankatesh had a few fans located near the aisle seats at the back. The front two rows had only wooden benches and patrons occupying those seats were not even issued proper tickets. These guys would pay at the door and the keeper would put a rubber stamp on their hand in place of ticket. A uniquely dated concept even for that time!! The back rows had proper seat numbers and regular tickets would be issued to patrons occupying them. But even these seats were not cushioned and sometimes, even durries would be used for seating in case the show was turning full. 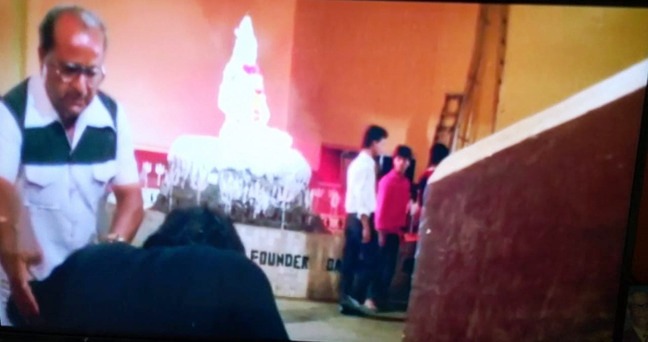 As aforementioned, Vyankatesh had minimal amenities with limited snacks like vada pav served during the interval. It was ill maintained and the washrooms lacked hygiene. The theatre was restricted to lower middle class and labour class who came there for its low ticket price. Vyankatesh would screen films which people would tend to miss at the other prime cinemas in the adjoining area. Most films would turn up here after completing its initial run at their main theatres. It was also known to screen old re-runs and English films in matinee shows. Dara Singh’s action films were quite popular here while comedy movies of Laurel and Hardy and Charlie Chaplin would be screened in the morning shows. Later, one of the biggest hit at Vyankatesh Talkies was Jai Santoshi Maa (1975) which attracted the female audience in hordes.

By the ‘70s, Vyankatesh faced heavy competition from multiple cinema halls springing up in the area between Santacruz to Andheri. The theatre couldn’t survive the onslaught of these new and better equipped cinemas and shut down around 1976-77. It was demolished completely to make way for a new cinema hall called Shaan.

Shaan Cinema was equipped with significantly better facilities and a larger screen than Vyankatesh. It had a total seating capacity of two hundred fifty seats with cushioned seats, proper canteen and clean washrooms. The waiting area of the theatre had a huge statue of Lord Shiva carved out of white marble stone while it housed a co-operative bank as well as a restaurant within its premises.

Commencing with the blockbuster Love Story (1981), Shaan also screened another musical love story Ek Duuje Ke Liye (1981) which became a runaway hit. Throughout the ‘80s and ‘90s, the theatre screened many super hit films and witnessed the successful phase of Amitabh Bachchan right till the emergence of the three Khans. Particularly, Shah Rukh Khan’s Baazigar (1993) ran housefull for multiple weeks here. Later, one of his underwhelming films Zamaana Deewana (1995) also did reasonably well at Shaan. Like Vyankatesh, the morning or matinee shows would be reserved for Hollywood movies.

Shaan cinema also made it to the silver screen in the 1990 film Nyay Anyay starring Jeetendra, Sumeet Saigal, Jaya Prada and Shilpa Shirodkar. The film’s lead Sumeet was shown entering Shaan after committing a murder. Govinda’s hit actioner Hatya (1988) is shown playing at the cinema.

From the mid ‘90s till the early 2000’s, Shaan benefited from the shutdown of its neighbours Laxmi and Bahar cinema and was holding on well with economical ticket prices at just Rs. 20 for stalls and Rs. 30 for balcony. Films like Awara Paagal Deewana (2002) and The Hero: Love Story of a Spy did good business here.

In 2003, Laxmi Cinema transformed in to Suncity cinemas – a two screen plex – which attracted the Parle residents and greatly affected the business of Shaan which just couldn’t cope up with the change in the movie watching trend. The theatre downed shutters in November 2003 and the last film screened here was Feroz Khan’s Janasheen starring himself with son Fardeen and Celina Jaitley 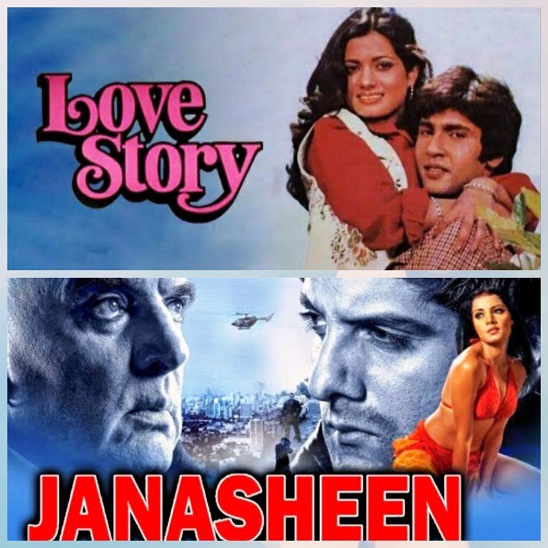 Thus, the life journey of Shaan Cinema started with Love Story (1981) and ended with Janasheen (2003) – a glorious twenty two years of entertaining the Parle residents. The theatre building was demolished in 2005 but it went in to a long property dispute as the owner Babubhai Joshi passed away with no proper will of inheritance. After many years of litigation, the matter was resolved and the land was acquired by Zee Infra Developers.

In January 2021, the builder announced his mega project called Zee Shaan maintaining the name of cinema hall. The project will have office work spaces, showrooms, café and restaurants, rooftop garden as well as cinema hall on the fourth floor of the building called as Shaan Cinemas.

The construction of the building started in May 2021 and is going on in full swing. It is a matter of time before Shaan gets a new life…