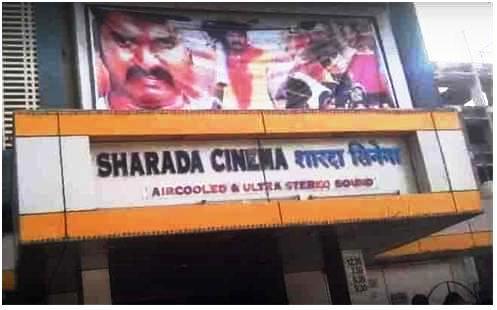 One of the landmarks of Dadar East, Sharada Cinema is bang opposite the abandoned Kohinoor Mill just behind Dadar fire brigade. It is close to Dadar Bus stand with Chitra Cinema barely a lane away.

In fact, in the bygone era, the stretch from Dadar TT to Parel junction had multiple cinemas like Broadway, Chitra, Hindmata and Surya (now Premiere) which offered tough competition to Sharada. Broadway Cinema shut a few years after Sharada opened in 1972 and transformed in to a shopping centre.

Sharada Cinema was built on the land belonging to Mumbai Marathi Granth Sanghralay and was run on lease by Gandhi Exhibitors. The theatre’s external structure had a gigantic metal idol of Goddess Sharda Devi which symbolizes writing and creativity. It started functioning around the time when many new cinema halls were coming up all over Mumbai namely Ganga Jamuna (Tardeo), Sangam (Andheri East), Milan (Santacruz West), Ambar Oscar Minor (Andheri West), Bahar (Andheri East) and Badal Bijlee Barkha (Matunga West). Sharada was a non air-conditioned theatre with around seven hundred fifty seating capacity divided in to stall and balcony. The theatre screened Hindi as well as Marathi releases to cater to its Maharashtrian locality.

The ‘70s belonged to Amitabh Bachchan’s angry young man on one side and Dada Kondke’s village simpleton on the regional side. Sharada screened their films and most of them were super successful here. Till date, Sholay (1975) is its longest running movie and it became successful even in its multiple re-runs at this cinema. On the other hand, Dada Kondke’s Hyoch Navra Pahije (1980) created a new record at Sharada. The theatre used to screen old Hindi as well as Marathi re-runs in matinee shows at reduced ticket prices which were a crowd puller. Some of its successful releases/ re-runs include Yaadon Ki Baaraat (1973), Amar Akbar Anthony (1977), Don (1978), Hum Paanch (1980), Qurbani (1980), Namak Halaal (1982), Nastik (1983), Agneepath (1990) and Damini (1993).

Though Sharada was doing well over the years, it faced declining phase in the mid ‘80s when it lost its audience due to non maintenance and lack of hygiene. The auditorium started stinking with ammonia smell and there were paan stains all over its wall and between the seats. The old ceiling fans made lot of noise making it difficult for patrons to even hear the movie dialogues properly. I had a particularly bad experience during Ayesha Jhulka starrer Kohra (1993) with a broken seat and filthy atmosphere. Thankfully, Sharada was renovated in the late ‘90s and also upgraded to Ultra Stereo sound system. 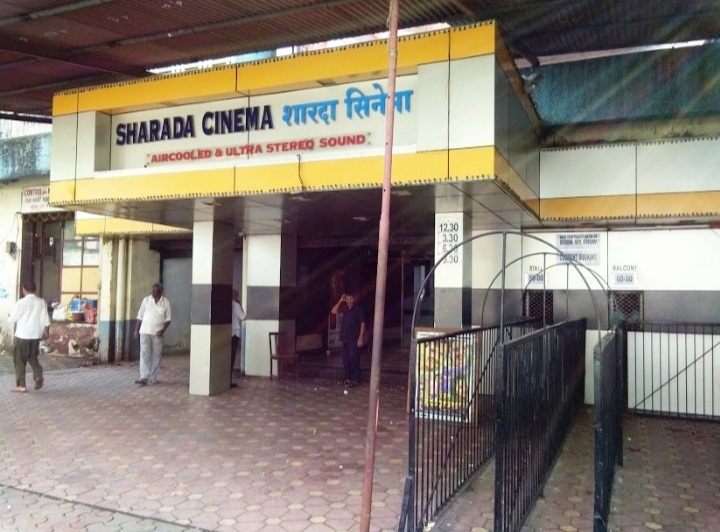 Around this time, Sharada benefited with Plaza shutting down in March 1993 and screened some of Alka Kubal’s Marathi family dramas which were popular after her super successful Maherchi Saadi (1991). With its continued mix of Marathi as well as Hindi releases, Sharada survived the difficult video phase of the ‘80s and ‘90s.

In the new millennium, the theatre faced major setback as the audience started visiting multiplexes due to better facilities while its close single screen neighbours Chitra and Premiere also upgraded to the changing time leaving Sharada with low end rowdy crowd. In order to survive, the theatre resorted to screening Bhojpuri films which were making their market in Mumbai those days. Significantly, labourers and daily wage workers would frequent this cinema to catch their regional fare at cheap rates.

Later in the decade, Sharada started screening new Hindi releases in the evening or night show while the day shows were reserved for Bhojpuri cinema which was attracting the target audience. The theatre did not have advance booking system and the ticket counter would open half hour before the show.

To share a few of my personal experiences at Sharada, Diwali 2007 had two big films competing with each other – Om Shanti Om and Saawariya. Om Shanti Om was running full in all cinemas from Plaza to Premiere and so I was left with no choice but to try out its afternoon show at Sharada. On reaching there, I found a long queue but was quick to find a blacker who offered me a thirty rupees balcony ticket for just forty rupees. It was the lowest price I could get for such a premium film!!

Another interesting incident was during Ram Gopal Varma Ki Aag (2007) where the blacker handed me the tickets and suddenly disappeared without taking money. It was as if he didn’t want money for this disaster of a movie. Finally, I managed to trace him and handed over the exact price of the ticket at the box office counter which actually made him happy. The show was practically empty and they hadn’t even bothered to number the tickets which lead to a commotion over the preferred seats.

Another Diwali clash was in 2012 when Yashraj Film’s Jab Tak Hai Jaan and Ajay Devgn’s Son of Sardaar released together. Yashraj had booked almost all Mumbai single screens for their film leaving hardly any theatres for the Devgn movie. Son of Sardaar released in B theatres like Super and Sharada but eventually turned out to be bigger hit than Jab Tak Hai Jaan. The film ran housefull for weeks at Sharada. Later in 2016, V Shantaram’s Marathi classic Pinjara (1972) was re-released in theatres and the afternoon show at Sharada displayed Housefull boards once again.

In November 2017, Sharada unexpectedly downed shutters with its last release being Zareen Khan starrer Aksar 2. The contract with Mumbai Marathi Granth Sanghralay ended on 30th November 2017 and they took over the possession of the cinema. Gandhi exhibitors continued their fight with the trust in order to reopen the theater for 15 months and negotiate the rent. They even came up with a plan to convert the existing theatre into a small two hundred fifty seater cinema hall but there was no positive response from the trust. On April 22, 2019, the possession of the theatre was formally handed over to Mumbai Marathi Granth Sanghralay and the exhibitors were asked to remove all cinema infrastructure which they complied to. The theatre now resembles an empty plot with walls. There were attempts to re-start the cinema again but after the Corona pandemic struck, everything has been put on a backburner and the future of Sharada remains in a limbo. 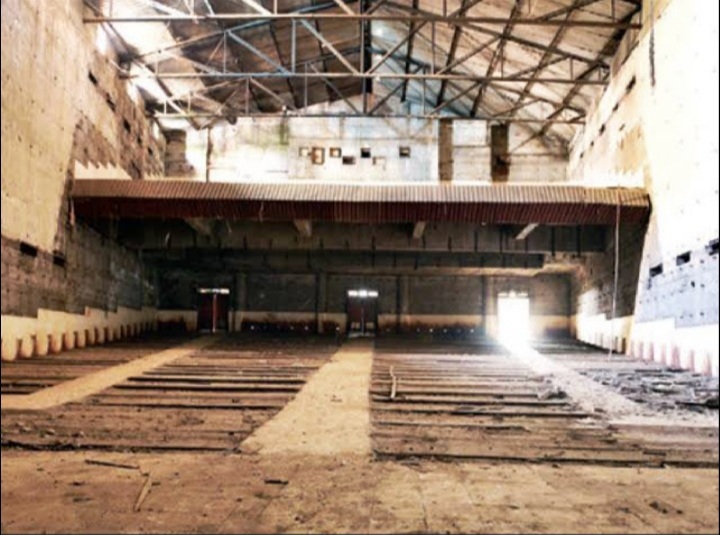