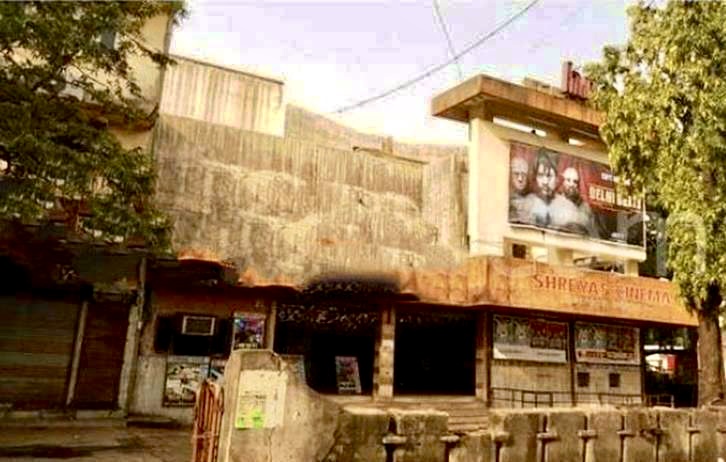 Shreyas is not just a popular movie theatre but also a much referred landmark in Ghatkopar located on the ever busy Lal Bahadur Shastri (LBS) Marg. Back in late 2007, my office was at Vikhroli and I would invariably pass by this iconic cinema while travelling in my car. I still recollect it would screen new Hindi releases. My first impression of Shreyas Cinema was that it looked similar to my favourite New Citylight Cinema at Matunga. The ticket window of the theatre was clearly visible from the road and the prices were sixty rupees for stall and eighty rupees for balcony. Not too expensive for that time!! Shreyas also had an ample parking space just like New Citylight did. On Monday mornings, the housefull board from the Sunday night show would still be visible at the main entrance.

Finally, I got the opportunity to watch a film at this theatre – Akshay Kumar’s 8X10 Tasveer (2009). While the movie itself was underwhelming, my experience at Shreyas was pretty satisfying. I found it to be a family theatre equipped with latest technology and decent ambience. It had a huge screen with comfortable seats and a large passage for balcony patrons.

The journey of Shreyas Cinema actually started in the late ‘60s and the first film to be screened here was Palki (1967). In fact, the lead actors of this film – Rajendra Kumar and Waheeda Rehman – were the chief guests at the inauguration ceremony. The theatre opened with a capacity of six hundred seats which was quite huge for the suburbs in that era.

In those days, there were no decent cinema halls beyond Kurla till Vikhroli and Shreyas quickly filled this void. It became the preferred cinema of this entire area. During the Bachchan mania of the ‘70s and early ‘80s, most of his movies did great business here and the housefull sign was a common sight even on weekdays.

However, the biggest hit film at Shreyas was Feroz Khan’s blockbuster Qurbani (1980) which actually ushered in the Disco era in Bollywood. Qurbani celebrated a silver jubilee run and remains the longest running film here. It was a like a festive season for the theatre where Zeenat Aman’s gigantic billboards were displayed all over the theatre. The audience would thunderously cheer her dance to “Aap jaisa koi mere zindagi mein aaye” even as the two handsome hunks – Feroz Khan and Vinod Khanna – would woo her on screen. This was also a rare occasion when Shreyas had printed the Qurbani poster on its ticket which was more common in town cinemas like Minerva, Naaz, Maratha Mandir, Alankar, etc. 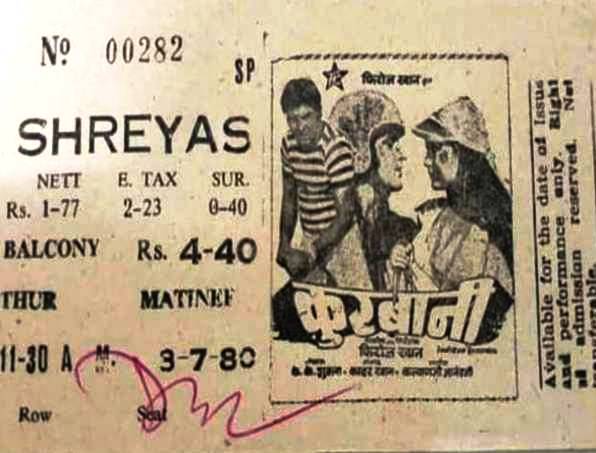 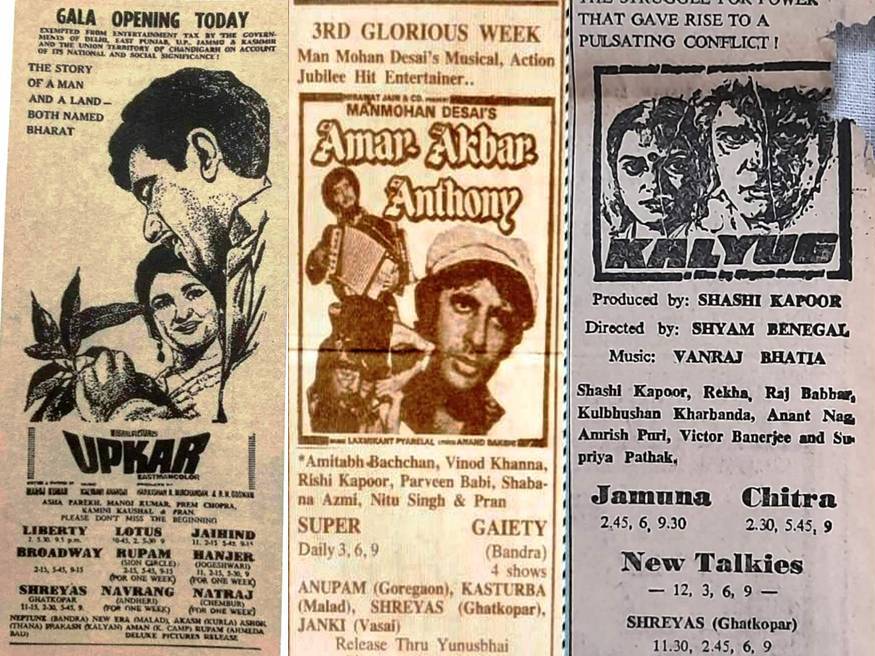 One particularly memorable incident was during the release of Amitabh Bachchan’s Shahenshah (1988). The superstar was returning to the big screen after a two year hiatus and for his countless fans, it was like God giving them a ‘darshan’ after a long time. The crazy fans stormed the theatre, creating a ruckus for tickets in a queue extending right on to the main road. The police had to be called in to control the situation. Unbelievable in today’s time, surely!!

After 1999, no films enjoyed a long run at Shreyas and the screening schedule would change every week or fortnight. The present millennium changed the era of jubilee runs to hundred crores club where films didn’t last long in cinemas and raked in the moolah in their first week itself. Aamir Khan’s Ghajini (2008) was the first movie to enter the hundred crores club (net domestic collections) and expectedly, turned a crowd puller at this theatre. Just before its release, Shreyas witnessed housefull boards for Rab Ne Bana Di Jodi (2008) which reunited Shahrukh Khan (SRK) with director Aditya Chopra after their successful Dilwale Dulhania Le Jayenge (1995) and Mohabbatein (2000).

In 2008, a few weeks before these two blockbusters came to Shreyas, a rape incident was reported here during screening of Yuvvraaj in November 2008 at a matinee show where a lady accused her male acquaintance of molesting her. The theatre staff denied the incident stating there were quite a few patrons sitting in that show and hence, it was highly impractical to happen. A FIR (First Information Report) was filed at the local police station and the investigation later revealed that the charge was false.

In 2010, a certain political party attacked cinema theatres in Mumbai during the release of SRK’s My Name Is Khan due to his controversial statement of allowing Pakistani cricketers to play in the Indian Premier League (IPL). Shreyas too faced the brunt of this attack.

Post 2010s, Shreyas started facing a downfall especially when R City mall commenced operations a stone throws away from the theatre and the movie buffs preferred its multiplex to the single screen Shreyas. The theatre couldn’t sustain the multiplex onslaught for long and folded up sometime in 2012. The last film it screened was Vishesh Films’ Blood Money. 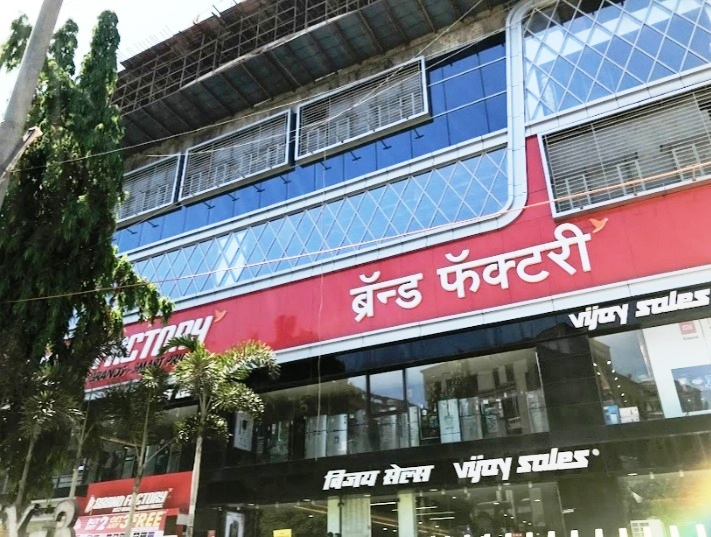 The glorious journey of forty five years came to an end and the iconic cinema was soon demolished. In the next few years, Helix acquired the place and converted it in to mega commercial space with well known brands having shops there but a cinema hall is still awaited. It is expected to open soon though it may not use the original name of Shreyas. The old theatre’s glorious legacy will always remain as a landmark with the upcoming metro station to be named as Shreyas.