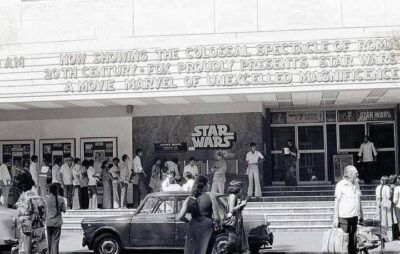 Ever since its inception in 1969, Sterling was always an ultra elite cinema known to screen English films only. The first film to be screened here was the Hollywood musical, Dr. Dolittle. It was a pioneer in many ways always adapting to the latest technology in sound and cinematic experience. It was the first cinema in India to introduce Dolby sound and a Xenon projector.

James Cameron’s The Abyss (1989) was the first film released here in Dolby Stereo and I still remember travelling all the way to CST (then Victoria Terminus) to catch the film. The first underwater sequence itself drew awe from the crowd due to its extraordinary sound effects.

Sterling forms part of Tata Group, managed mostly by Noel Tata. Everything about the theatre was world class and memorable right from its iconic steps where couples would sit before entering the hall to its delectable Vikram Koftas. 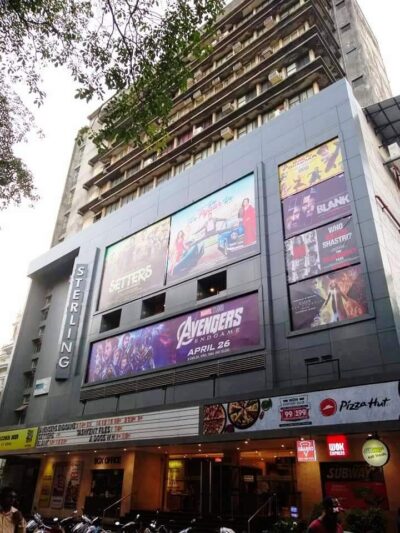 In the pre- multiplex era, Sterling had introduced the cremè de la cremè late night show starting after 10.30 pm. It quickly became a preferred show for the rich and famous and used to invariably go housefull even on weekdays. I recollect Richard Gere – Diane Lane starrer Unfaithful (2002) running for multiple weeks in the late night show. The theatre’s matinee shows starting 11.30 am were also popular among students of nearby colleges and quite a few Hollywood classics were screened in these morning shows.

Despite being a stone throw away from prime theatres like New Empire, New Excelsior and Capitol Cinema, Sterling carved a niche for itself as a preferred destination for the uber gentry. While New Empire and New Excelsior would mostly screen Hindi films, Sterling remained committed to serve English movie connoisseurs only.

In an unfortunate incident, there was a robbery at the cinema in 1999. The burglars, armed with knives, beat up the cinema staff and locked them in toilets before escaping with cash and other valuables. This was reported the next day in local newspapers as well.

The new millennium ushered in the multiplex era which made the going tough for single screens. Sterling management understood this trend and decided to convert to a multiplex. In May 2006, it was announced that Sterling would close down for a year to make way for a multiplex under the same management.

After a brief shutdown, Sterling re-opened as a three screen multiplex in 2007. Continuing its trend as a front runner in technology, the new plex was THX certified and offered an excellent movie watching experience to its patrons. When reopened, the management confirmed that it would screen both Hollywood as well as Bollywood movies, though priority would be given to Hollywood films.

Since then, Sterling continues its glorious journey of providing world class movie experience to its audience. It completed fifty years of existence in 2019 and there was a celebration held in the theatre to mark this remarkable occasion.