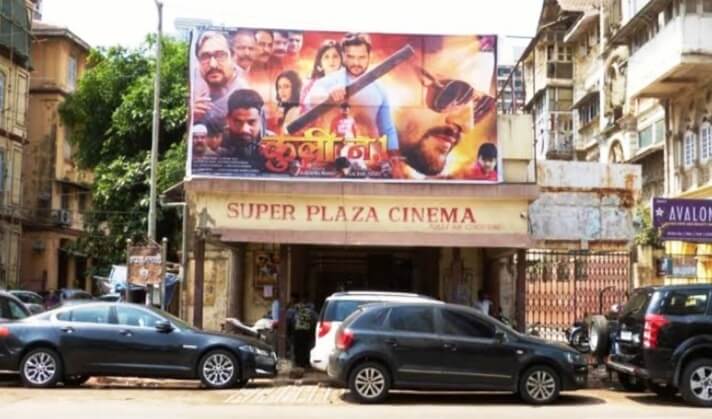 Till now, we have covered many prime theatres for Hindi cinema like Metro, Minerva, Apsara, Naaz, etc but do you know the main or prime theatre for Bhojpuri movies in Mumbai?

Nah, it is not in Jogeshwari or Goregaon area where you would expect but right in the heart of Mumbai city at the corner of Grant Road. The theatre is Super Cinema which screens the latest Bhojpuri films and is the only air-conditioned hall to do so. It is also the only single screen for Bhojpuri cinema to have an online booking facility on BookmyShow app.

Surprisingly, not too long ago, Super Cinema was actually the main theatre for Bollywood films with many notable hits to its credit. Existing since the 1950’s, the theatre was then a non air-conditioned single screen with more than five hundred seats divided in to stall and balcony which used to screen the latest Bollywood movies. Some of its early releases include Bharat Bhushan’s Baiju Bawra (1952), Mahipal-Shakila starrer Alibaba Aur Chalis Chor (1954), Bara-Dari (1955), Soorat Aur Seerat (1962) and Budtameez (1966). The theatre attracted family audience in those days due to its comfortable seats, a large canteen and most importantly, an affordable ticket price.

In 1991, the musical actioner Phool Aur Kaante (1991) premiered at Super Cinema and made an overnight star out of debutant Ajay Devgan whose iconic entry on two motor bikes generated tremendous frenzy and excitement amongst the audience. The claps and cheers were just not stopping and the film became a runaway hit celebrating silver jubilee (25 weeks) at this cinema. Later, Super played many Devgan films like Divya Shakti (1993), Platform (1993), Dil Hai Betaab (1993) and Haqeeqat (1995). 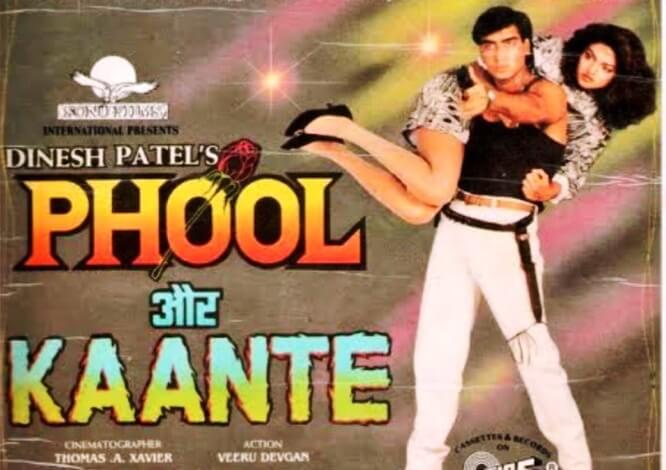 Interestingly, I have seen quite a few instances where films used to release at elite theatres and then after a few weeks would shift to Super where they would celebrate their jubilee run. One is Sunny Deol’s Ghayal (1990) which celebrated hundred days run at Metro and then shifted to Super where it completed its silver jubilee. Chaalbaaz (1989) was another film I remember which ran for fifty days at Novelty Cinema in regular three shows and then came to Super in matinee show where it ran successfully for staggering fifty weeks. Sanjay Dutt’s Daag – The Fire (1999) also released at Eros first but then shifted to Super to complete its jubilee.

From the new millennium, the concept of main theatres became defunct as films used to release in practically all single screen cinemas and multiplexes simultaneously. The silver and golden jubilee run got replaced by the 100 crore club and a film’s success got measured purely by its first week collections. Super Cinema was unable to adapt to this new trend and got relegated to screening B graders and old re-runs. A few Bhojpuri films like Ganga (2006) which had Bollywood superstar Amitabh Bachchan in a cameo were also released during this time.

Super shut for a year and half and re-opened with a renovated air-conditioned avatar as Super Plaza in April 2008 with new Hindi release Bhram. Emraan Hashmi’s Jannat (2008) and the multi-starrer Race (2008) were its other notable releases that year but clearly, the audience was unenthused. The management understood that it was better to cater to its regular Bhojpuri speaking patrons rather than running in to losses with new Bollywood releases and so within a year of renovation, Super Plaza (though it is still popularly referred as Super only) became the exclusive theatre for Bhojpuri films in South Mumbai. The ticket rates were kept as low as fifty rupees for balcony and forty rupees for stalls. At a time when multiplexes were finding it difficult to fill all their seats, Super was displaying housefull boards outside its premises when the latest blockbusters of Ravi Kishan, Manoj Tiwari and Dinesh Lal Yadav (Nirahua) would release here.