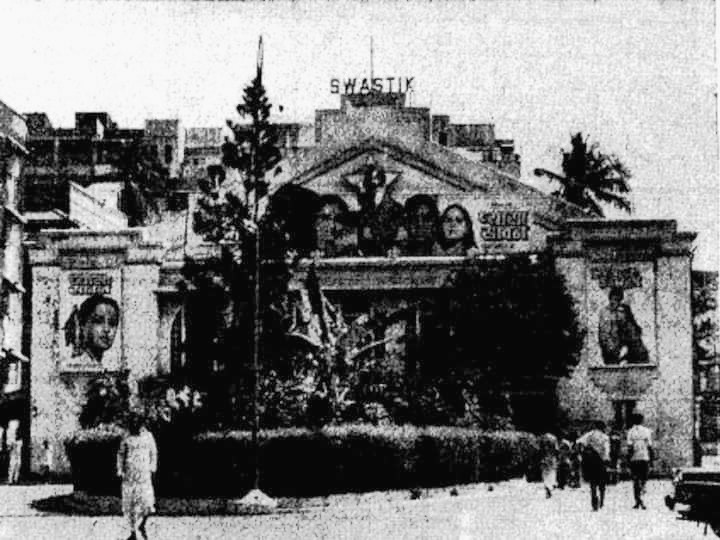 Unlike the other single screens of that time, Swastik had no balcony but had something called Box seats. There were eight closed boxes after the last stall row divided in to four seats each – two in front and two at back completing one box. These seats were ideal for couple offering a very comfortable and enjoyable viewing experience and were premium priced compared to the regular stalls. The auditorium had square umbrella shaped lampshades with yellow and green coloured glass. The foyer had antique wood and cane chairs retaining an old world charm.

In the mid ‘80s, a multi-storeyed commercial building with office spaces came up over the existing Swastik cinema which most people took for a renovated theatre. Actually, the old cinema was not renovated and only its walls were painted afresh and the seats refurbished. The cinema remained non air-conditioned which became its biggest drawback as the audience started getting used to the cool comforts of Naaz, Dreamland, Minerva and Apsara close by. Swastik re-opened in mid 1985 with Rajesh Khanna’s Masterji followed by Jackie Shroff’s Aaj Ka Daur which did decent business. 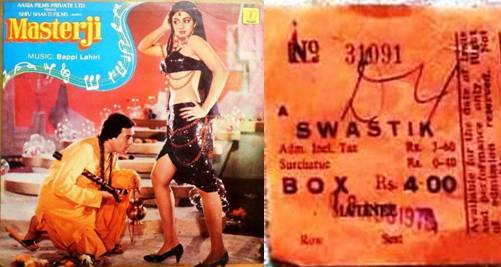 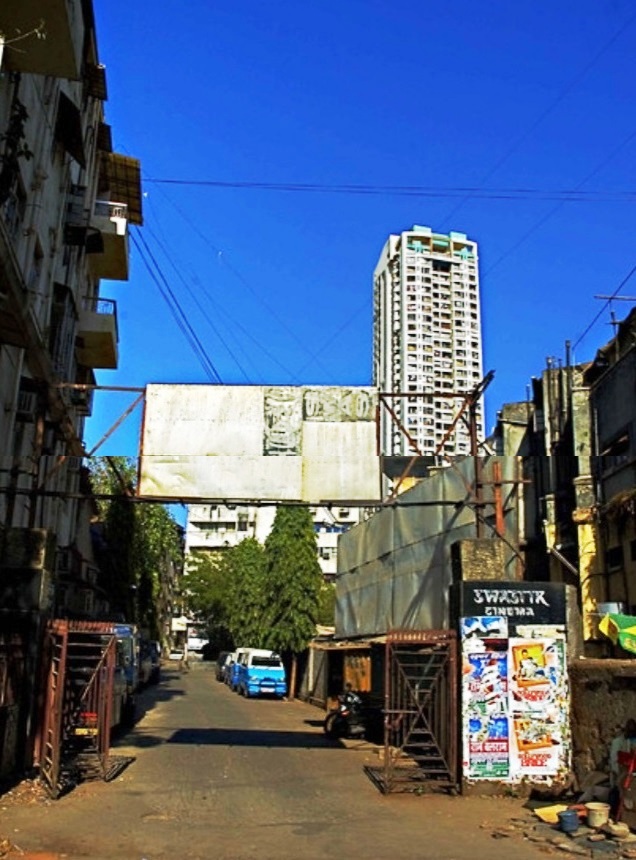 Some of the other successful releases at Swastik in the late ‘80s were Adhikar (1986), Aisa Pyar Kahan (1986) and Aurat Teri Yehi Kahani (1988). By early ‘90s, the cinema had turned dilapidated and producer/ distributors were wary of releasing their new films here. During this time, there have been instances when a big ticket film would release at the prestigious Metro Cinema first and then shift to Swastik after a couple of weeks. Mumtaz’s comeback vehicle Aandhiyan (1990) came to Swastik after its initial two week run at Metro. Similarly, Aditya Panscholi- Rukhsar starrer Yaad Rakhegi Duniya (1992) was shifted to Swastik in a similar manner. Later, blockbuster hits like Dilwale (1994) and Mohra (1994) were released much later at Swastik in matinee shows where they celebrated their combined diamond jubilee (60 weeks run).

The cinema shut down permanently sometime in early 1996 and its last release was the Govinda- Shilpa Shetty starrer Gambler (1995). The theatre was subsequently demolished and now, is only a patch of green. The commercial complex called Diamond Plaza is still existent and even one international pre-school has come in its premise.