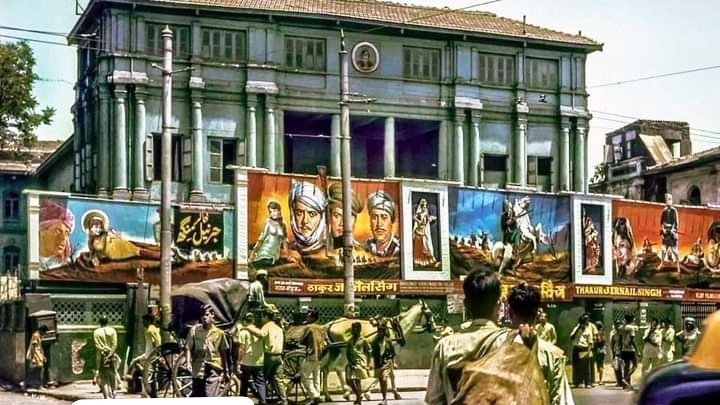 The genesis of Mumbai cinemas can be traced back to Grant Road where close to twenty drama theatres started operations in the mid – nineteenth century and transformed in to movie halls with the advent of cinema in the early twentieth century. Taj Talkies was one of the most popular cinemas in this area which was originally known as Victoria Theatre built in 1867 by K.N. Kabraji – a drama theatre primarily catering to the British officers deputed in Bombay.

In fact, the entire Grant Road – particularly the area from Khetwadi to Falkland Road – was developed by the British Government in 1850s as an entertainment hub for their officers which included play house, brothels and make shift theatres for nautanki performances. Victoria (renamed Taj), Rippon (later called Alfred) and Balliwala (defunct) were some of the well known theatres of those times. For performances, the drama companies used to bring their own curtain, which would be operated by two persons on either side. The curtain pullers often dozed off in between, and the cue to bring down the curtain was a shrill sound of a whistle. Reportedly during one of the shows at Victoria, the curtain pullers, who were asleep as usual, were suddenly awakened by a shrill whistle, and hurriedly brought down the curtain in the middle of a pivotal scene. It was later discovered that the whistle came from the street outside.

Victoria Theatre lasted till mid ’20s and was even graced by the “Grand Old Man of India” Dadabhai Naoroji in 1893 for a Goan zagor performance. In the late ’20s, Victoria started screening films assuming a new avatar – Taj Talkies. The exterior building remained the same and even most of the interior artefacts and seats were intact. The cinema had benches in front of the stall and a balcony which had proper cushioned seats.

Taj was situated at corner of Grant Road called as Falkland Road or Pilla House (local hybrid name for Play House) right opposite Alfred Talkies. There were at least a dozen theatres – Daulat, Gulshan, New Roshan, Royal, Silver, Moti, Nishat, Super, Kamal (renamed Alankar), Majestic, Imperial, West End (renamed Naaz), Pathe (renamed Swastik) – in that area itself. Taj was popular cinema amongst its peers on Falkland Road and was also the main theatre for many B-grade Hindi actioners of that era.

Notably, most of Dara Singh starrers premiered at Taj and the actor himself would arrive here in his posh Impala car. Films like King Kong (1962), Faulad (1963), Aaya Toofan (1964) and Thakur Jernail Singh (1966) were huge hits here. His onscreen pairing with Mumtaz was much loved by the audience and quite a few of their films completed silver jubilee run. Taj was also the main theatre for fantasy movies like Hatim Tai (1956) and Ali Baba Aur Chaalis Chor (1966) which were super hits here. 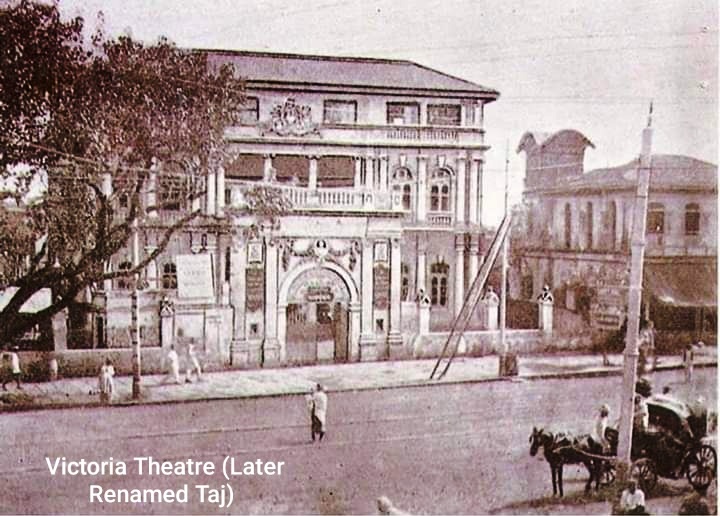 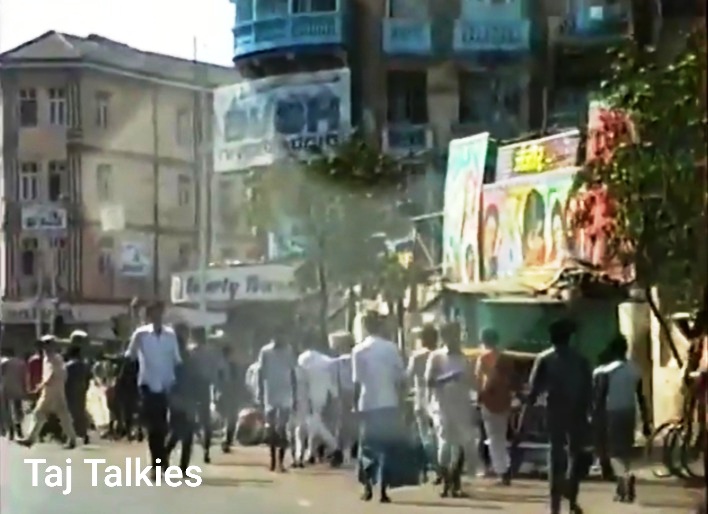 Even in its prime, Taj was neither an air-conditioned theatre nor was it posh like the nearby Naaz and Minerva but it was well kept and a clean place offering an economical deal for audiences who came to watch action and fantasy genre movies here. However, by ’80s the theatre became quite dilapidated and dingy and its crowd shrunk substantially. This was the video era and the audience would prefer watching films in the comfort of their home rather than going to a movie hall. Nevertheless, the theatre survived till 1993 after which it shut down permanently. The last notable release here was Akshay Kumar starrer Sainik (1993).

The building was demolished after a while and today, a residential complex with few commercial outlets stands in its place. Its neighbourhood peers – Alfred, Nishat, Royal, Gulshan and New Roshan – are still stuck in the time warp barely surviving by screening old actioners or Hindi dubs. They all form part of the glorious bygone era where going to a cinema was the best form of entertainment!! 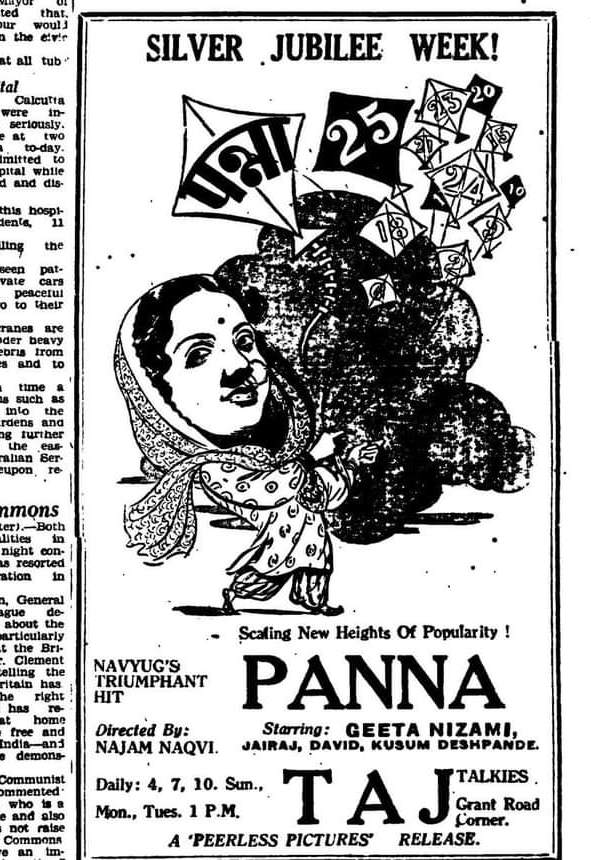