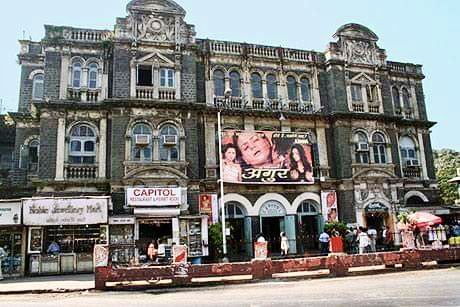 The oldest movie theatre in Mumbai until its closure; Capitol was built by a Parsi gentleman called Sorabji Kuverji Nazir as Gaiety Theatre in 1879 even before the Victoria Terminus (now CST) station was commissioned right in front of it. Gaiety was then the only theatre in the entire Fort area and a landmark in itself.

Starting as a play house, it got its present name Capitol in 1928 and then started screening films. A grade II Heritage structure of the Victorian era; Capitol was frequented by the British elite in its early days and mostly screened English films.

Later, Capitol was acquired by Globe cinemas who also managed the prestigious Regal cinema at Colaba. Capitol wasn’t in league of Regal as it had no air conditioning but the interiors were quite exquisite art deco and held a charm of the old world it belonged to. When the wider cinemascope screen was installed in the mid ’50’s, the proscenium was widened and the earlier side boxes were removed.

Never a main theatre, Capitol screened new English as well as Hindi films in regular four shows. No film completed a jubilee run here as the schedule would change every week or maximum fortnightly. The theatre faced fierce competition from New Excelsior and New Empire which became its close neighbours. As a competing strategy, Capitol kept its ticket prices affordable to the common man. Its target audience were the middle class office goers of the surrounding area.

From the ’70s, the theatre concentrated on Hindi cinema only. New Empire and Sterling, a stone throw away, became main theatres for Hollywood movies while New Excelsior in the next lane was its close competitor screening Bollywood films. Capitol drew housefull boards screening Amitabh Bachchan’s actioners and Jeetendra’s South dramas during this time.

In fact, my earliest memory of Capitol Cinema was when my parents had taken me there to watch Amitabh Bachchan’s highly anticipated Coolie (1983). The superstar had faced a near fatal accident while shooting for this movie and I still remember the entire audience at Capitol just stood up and clapped loudly for minutes as Amitabh made his onscreen entry. It was a great gesture to welcome him back on screen after this accident. The film became a blockbuster hit and ran for multiple weeks at Capitol.

Later in the ’90s, quite a few action films of Ajay Devgn and Akshay Kumar attracted crowd at Capitol. One movie I saw here during this time was Akshay’s Tarazu (1997). Mithun Chakraborty’s Ooty outings were also hugely popular here. Films like Shapath (1997), Chandaal (1998) and Zahreela (2001) did decent business at this cinema.

Capitol had upgraded to Dolby SR in 1996 with Mithun-Ajay Devgn starrer Jung and the seats were also refurbished. But by then, the single screen cinemas across the city were getting severely impacted by the cable TV invasion as well as ever increasing entertainment taxes levied by the Government.

Gradually, Capitol got relegated to screening B grade and re-run movies. The last few new releases were Rajpal Yadav’s realistic drama Undertrial (2007) and Anupam Kher- Rakhi Sawant comedy Buddha Mar Gaya (2007). In its last few years, it screened mostly re-runs and Hindi dubs of south actioners before winding up operations forever in 2009 with its last release being re-run of Suniel Shetty’s actioner Shastra (1996). 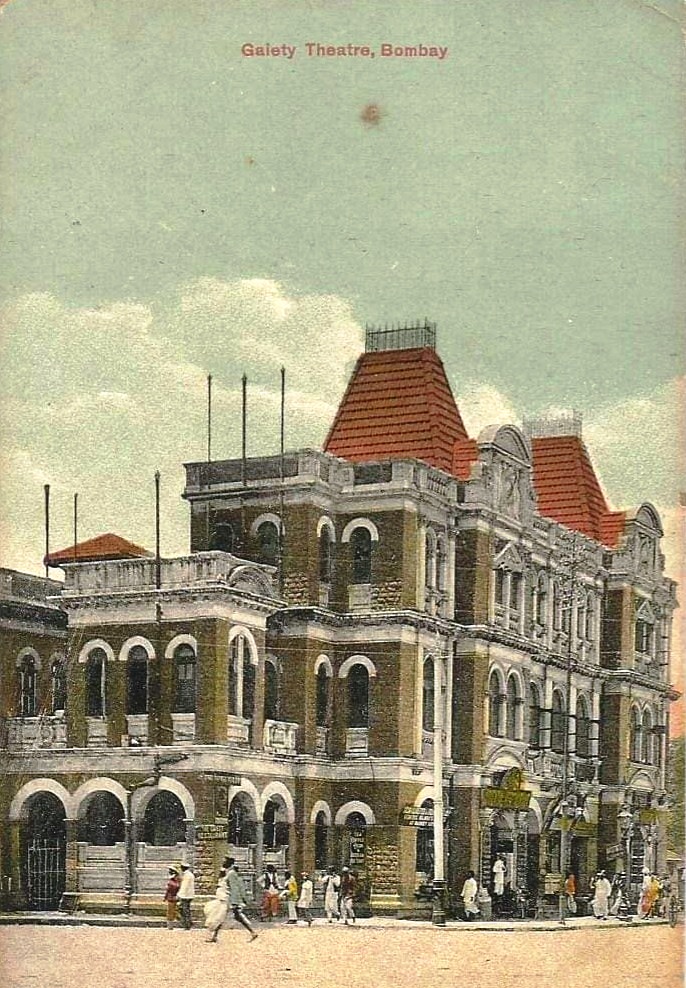 Post closure, the theatre appeared in a pivotal scene of Ajay Devgn – Akshaye Khanna starrer Aakrosh (2010). Later, some scenes of Akshay Kumar’s Joker (2012) and Hrithik Roshan’s Kaabil (2017) were also shot here. Even after it shut down, there was a paper poster of Buddha Mar Gaya stuck on one of its walls for years.

The building still exists and is now used as an office for administrative purposes only. Its rich legacy deserves to be preserved and here’s hoping it transforms in to a movie theatre once again. 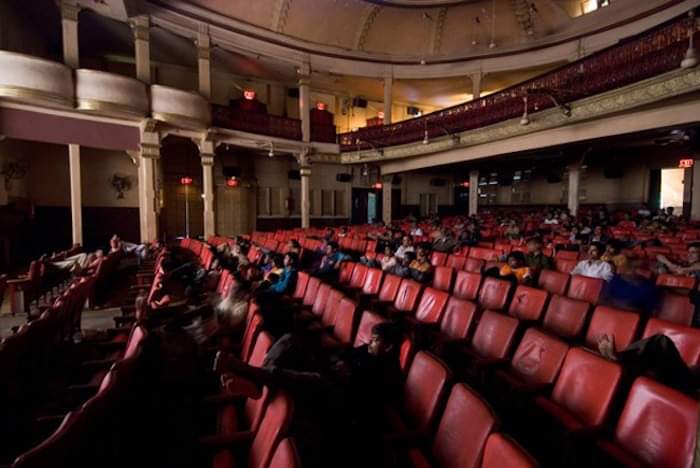