Sometime in 2011, while travelling in BEST bus I came across a bus stop named Roop Cinema at Santacruz station (east). This aroused my curiosity as I had never heard about such a theatre ever existing in Santacruz area. I presumed that this must be another case of a single screen succumbing to the multiplex era.

Ten years later in 2021, I came to know that Roop Talkies had shut in mid ‘80s which was the peak of video killing the theatres. But before it shut down, the cinema had enjoyed a very good innings and was quite popular entertainment hub of that area.

Roop was situated exactly on the Western Express Highway towards Santacruz east currently where the station sky walk ends. In those days, it was the only existing cinema hall in the area until Milan came up few meters away in 1971. Roop Cinema was also a pick up and drop location for BSES employees whose buses would halt just outside the theatre.

The pre ‘70s era saw quite a few tin shed cinema halls flourishing in the Mumbai suburbs like Roop, Vyankatesh and Lido. They were commonly referred as ‘patrawala’ theatre for the tin make or ‘chavvaniwala’ talkies due to their low ticket prices. Roop was a favorite haunt for residents of nearby Anand Nagar locality as well as patrons from west side of the station who would hop skip jump to the theatre by crossing the railway tracks.

Like a typical tin shed establishment, Roop was a complete mass appeal theatre with wooden benches without back rest in the lower class, while upper stalls had back rest seats but without any seat numbers. The front few rows had benches instead of seats. Astonishingly, the theatre didn’t even have a proper screen but a huge wall painted in white on which the films would be projected. During summer times, the theatre would turn in to furnace with huge noisy fans obstructing the movie dialogues from the big speakers placed at both ends of the wall while in the monsoon, the pitter patter sound of the rain falling on tin roof would be an added distraction for the audience.

Roop didn’t have any new releases and most Hindi films would come here much later after completing a considerable time at the prime cinema halls. The theatre was mostly known for repeat runs and patrons who missed these films initially would come here to catch them. The cheap ticket rate of twenty five paise (‘chavvani’ in Hindi) was another reason for their preference. 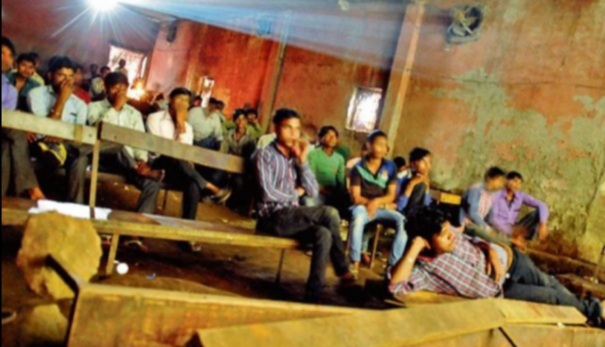 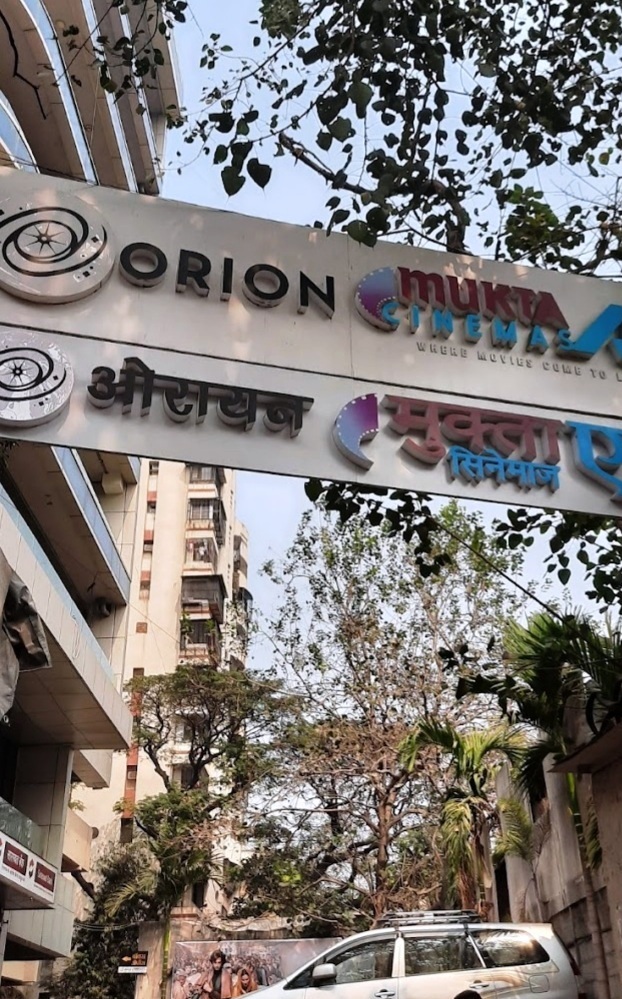 Dara Singh’s action packed ventures were quite popular here and would gather a huge crowd from the nearby chawls who would come to watch his fight sequences. Another actor’s films which were popular here was Dev Kumar who played hero in those days and acted in such similar action movies. Matinee shows would be reserved for Kannada, Tamil and Malayalam films catering to the nearby South Indian crowd. Hollywood movies like Charlie Chaplin and Laurel and Hardy would be screened in Sunday morning shows.

The theatre ran regular four shows at 12, 3, 6 and 9 pm but the film would start only when there was a sizeable audience which meant delayed screenings at times. Roop lacked basic maintenance and was known to be a playground for rodents while its creaky chairs were infested with bed bugs. Having said that, its patrons were least bothered about such “trivial” issues.

Even with its less than modest setup, Roop was doing decent business all the way till the ‘80s. By 1985, Bollywood was badly affected by video piracy where films would be available on VHS on the same day of its theatrical release. This badly affected their box office collections with many cinemas entailing huge losses and shutting down. The Hindi film industry then came together and went on a strike in November 1986 asking the Government to reduce the taxes. On 21st October 1986, all major film stars protested on Mumbai streets against video piracy and high taxes. During this time, Roop Cinema downed shutters and the last film to be released here was Ramesh Sippy’s Saagar (1985). The theatre lay barren with no development for the next three decades.

In December 2019 during the Christmas season, I happened to pass from Santacruz station skywalk and was surprised to see a huge poster of Housefull 4 (2019) in a building compound which mentioned Orion Mukta A2. I was quick to realize that this was old Roop Talkies.

Thus, the erstwhile tin shed cinema called Roop got a new lease of life and became the 63rd screen of Mukta A2 Cinemas owned by noted producer- director Subhash Ghai. Now called Orion Mukta A2, it became an elite single screen with approximately two hundred fifty seats with 2k projectors and Dolby sound system. The place has a great art décor with an exquisite mini lounge for guests with F&B counters. The auditorium is pretty comfortable, with neat ambience, comfortable seating and a state of the art movie watching experience. It came as a huge relief for the locals who didn’t have a cinema nearby for close to thirty three years.

Orion Mukta A2 started with the Sonakshi Sinha starrer Khandaani Shafakhana (2019) which didn’t do well at the box office but the next few releases like Mission Mangal, Batla House, WAR and Housefull 4 turned out to be hits here.

2020 opened with a bang with Ajay Devgn’s Tanhaji: The Unsung Warrior setting the box office on fire. The film ran housefull for multiple weeks at this theatre. Unfortunately, the Covid pandemic in March 2020 lead to shutdown of cinema halls including the seven month old Orion. The theatre re-opened for a brief period after restrictions were lifted and screened Roohi and Mumbai Saga in early 2021 which did decent business even with 50% occupancy norms laid by the Government. Unfortunately, theatres were shut again in April 2021 in wake of the second wave of corona virus and since then, like all Mumbai theatres, Orion Mukta A2 is also waiting for the situation to normalize so that it can get down to its business of entertaining patrons.

A parting note: Roop was criticized in its time as not living up to its name as it lacked beauty and class. Today, it truly lives up to its name as a beautiful elitist cinema hall. Ironically, it isn’t called Roop anymore!! 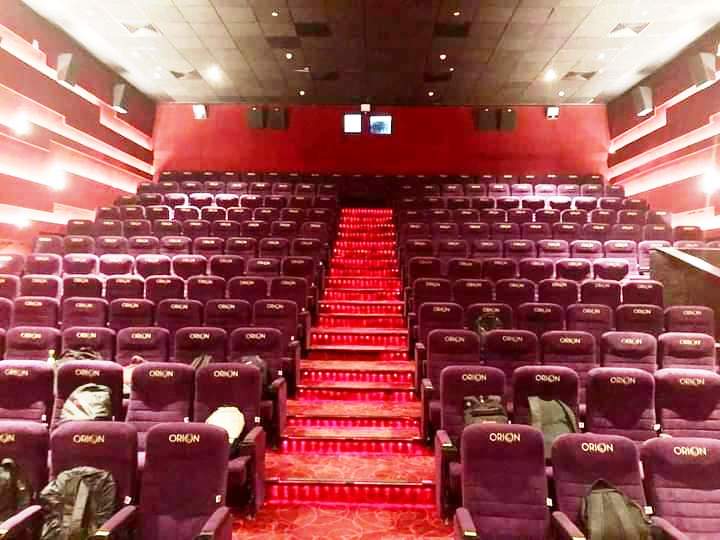