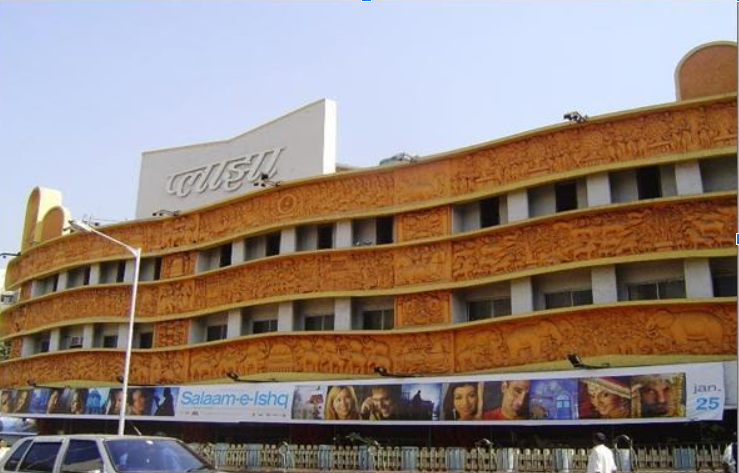 Unfortunately, with advent of multiplexes, the era of single screens is slowly fading into oblivion and many iconic yesteryear cinemas like Minerva, Naaz, Apsara, Novelty, Ganga-Jamuna (Tardeo) and Chitra (Dadar) have become memories today. This column is to highlight some of these great single-screen cinemas (existing as well as defunct) in Mumbai and reflect on their past glory as well as current status. Starting with Plaza Cinema at Dadar.

Plaza Cinema, situated in the heart of Dadar, is one of the few existing single-screen cinemas which has withstood the test of time. From braving video piracy to falling victim to a bomb blast, this theatre has seen it, endured it all, and yet today, remains the first choice of movie goers in the Dadar-Mahim area.

The theatre has long association with the doyen of Marathi cinema V Shantaram and is currently managed by his son Kiran Shantaram. Quite naturally, most of Shantaram classics like Jhanak Jhanak Payal Baaje (1955) and Pinjra (1972) to Ashi Hi Banwa Banwi (1988) premiered here. For most of the 70s and 80s decade, Plaza was the main theatre in Mumbai for Marathi cinema and it boasts of maximum silver and golden jubilee runs with trophies of blockbusters like Navri Mile Navryala (1984), Gammat Jammat (1987), Hamaal De Dhamaal (1989) and Dhadakebaaz (1990) neatly lined up on its balcony shelf. Having your film release at the Plaza was every actors dream and stars like Ashok Saraf, Laxmikant Berde, Sachin Pilgaonkar and Mahesh Kothare have walked through its spacious hallway to welcome the guests at their films’ premiere Not averse to Hindi cinema, Plaza simultaneously saw many blockbuster Bollywood movies celebrating jubilee runs here like Raj Kapoor’s last directorial Ram Teri Ganga Maili (1985) and Prakash Mehra’s Sharaabi (1984). 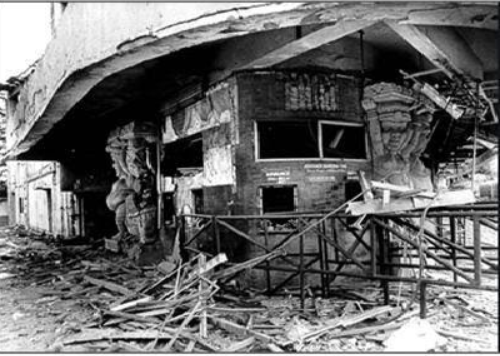 I still remember watching Sharaabi there as a kid with my extended family occupying an entire row in the balcony and having a blast. With a sitting capacity of more than 800, Plaza then had one of the widest screens in Mumbai and an amazing sound system to complement it.

Unfortunately, the theatre downed shutters after it was one of the spots targeted in the 1993 Mumbai bomb blasts. Raj Kumar-Nana Patekar’s Tirangaa was playing to packed houses that time and luckily, there were no casualties due to the ongoing afternoon show. The theatre underwent renovation for few years and re-opened in 1997 with David Dhawan’s Deewana Mastana. The crowd was back to experience their favorite cinema hall and even in early 2000s, Kaho Naa Pyaar Hai ran for more than six months at Plaza with cheers and ceetis extended to the millennium star Hrithik Roshan.

With the rise of multiplexes from mid 2000s, most of the single screen cinemas began to feel the pinch and Plaza was no exception. Though no multiplex had sprung up in its area, Kohinoor cinema, barely a stone throw away, had morphed into INOX Nakshatra offering a multiplex experience to viewers. PVR plexes also sprung up at the neighboring Sion as well as Lower Parel. Gradually, the “Housefull” boards dwindled at Plaza and jubilee runs became a thing of the past.

Smelling the coffee, the theatre decided to go the multiplex way by upgrading to digital projection as well as opting for online ticketing starting from the much anticipated Singham (2011). In 2014, the theatre was fully renovated internally as well as externally but the business kept going without shutting down; the earlier external structure inspired from Sanchi Stupa made way for a contemporary building-like look.

Today, Plaza continues to survive playing mix of Hindi as well as Marathi films in its daily five shows. The balcony and stall differentiation is still prevalent and the ticket rates are affordable to the lower middle class as well as upper middle class populating the area. It still has the old world charm of crowds whistling and clapping for their favourite stars and punchy dialogues. With theatres shut since March 2020 due to the Corona pandemic, a lot of single screens like Dreamland and Central in Mumbai have already announced permanent closure. I hope and pray that doesn’t happen to Plaza. After all, it has seen and braved the worst of times.