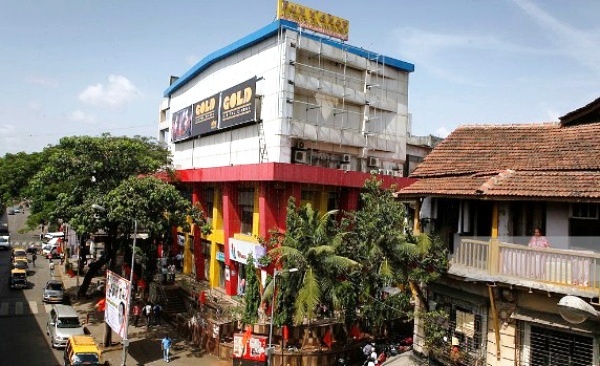 The name ‘Hindmata’, which is synonymous to a garment hub in Dadar Parel junction, was once a cinema hall in that area whose history dates back to the British era. It was in the 1930’s when textile mills started blooming in Bombay (now Mumbai) particularly between Dadar to Lalbaug area. It was also the era of patriotic fervor. Hindmata, Bharatmata and Jaihind – three theatres echoing this nationalist sentiment – came up one after another to cater to the mill workers of the area as well as served as a platform for political meetings during the Quit India Movement. In fact, Hindmata as well as Bharatmata mean the same in Hindi – Mother India while Jaihind signifies Victory to India. As a trio, they can be called “Tridev” in film parlance!!

An entertainment source for the mill workers; Hindmata was quite similar in look and feel to Imperial Cinema in Mumbai. Only the two elephant structures adorning Imperial were missing here. The theatre had a capacity of approximately thousand seats with a huge stall and balcony with wooden chairs. It had a huge compound and its entrance was through a gigantic iron grilled gate. The ticket counter was at the end of this entrance. Tickets were not numbered and it was first come first basis for the stall seats. During its declining phase, the entrance gates had become so rusty that it just opened partially creating difficulty for patrons to step in. The theatre had a huge sculpture of a Goddess (Mother India) holding the Indian tricolor from whom it derived its name Hindmata.

While Bharatmata was exclusive to Marathi films, Hindmata played new release Hindi movies as well as reruns. It saw the golden period of Hindi cinema from ‘50s to ‘80s till the video piracy impacted it greatly like most other single screens. The theatre stood between Dadar TT to Lower Parel and faced competition from numerous cinemas like Broadway, Chitra, Sharada, Dharti (re-named Surya), Jai Hind and Bharatmata through the times. In the ‘50s, the audience would go crazy for stars like Raj Kapoor, Dilip Kumar, Dev Anand, Nargis and Nutan. The ‘60s and ‘70s period also continued to be fruitful for the theatre with releases like Mera Gaon Mera Desh (1971), Mere Apne (1971), Dushmun (1972), Yaadon ki Baaraat (1973), Paap Aur Punya (1974), Lagaam (1976) and Jaani Dushman (1979).

By the start of ‘90s, Hindmata had declined substantially and now, new Hindi films did not release here in the first week but would come only in its third or fourth week. A few direct releases like B Subhash’s Pyaar Ka Saaya (1991) and Nachnewale Gaanewale (1991) failed miserably. The theatre then screened re-runs of Jeetendra’s hits like Meri Aawaz Suno (1981), Himmatwala (1983), Mawaali (1983) and Tohfa (1984) to pull in the audience but even that didn’t help much.

Hindmata deteriorated further by late ‘90s and started screening sleazy films which surprisingly made money. The tickets for these films would be sold directly at the entrance gate and not at the box office counter. Even underage patrons would be allowed entry to these movies. I remember B. Subhash’s erotic drama Divine Lovers (1997) was screened here multiple times since the late ‘90s until its shutdown. Another amusing incident was during the release of Hrithik Roshan’s Kaho Naa Pyaar Hai (2000) when I couldn’t get tickets at Plaza Cinema (Dadar) and explored other cinemas in the area for tickets. To my surprise, a sleazy film called Mere Aagosh Mein was running housefull at Hindmata with huge crowd waiting to get in. Nevertheless, Hindmata couldn’t pull on for long and shut down in 2004 with re-run of Himmatwala being the last screening here. The theatre got demolished by Kumar Builders soon and a new building comprising garment shops came up within a few years. But there was no sign of any cinema there. 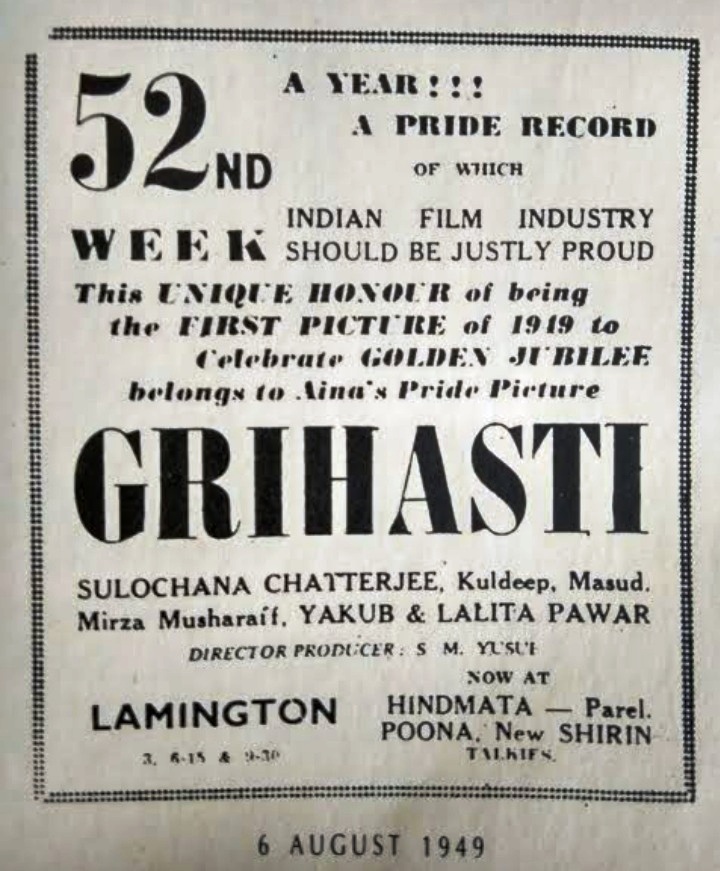 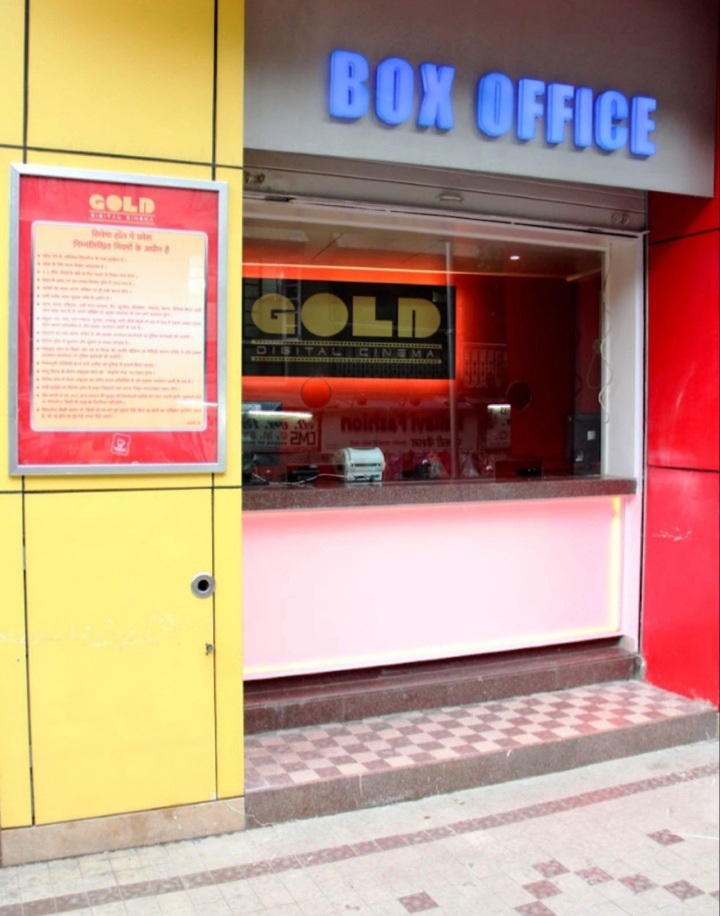 On 1st June 2014, there was an official announcement that Hindmata will be soon starting its operations. The new cinema was now completely revamped in partnership with Trikaal Theatres & Realty and Gold Digital Theatres Pvt Ltd and was named Gold Digital Cinema. The present owners said that they had purchased the property in 2010 from Kumar Builders but took few years to commence operations due to necessary permissions. The new theatre was inaugurated on 27th June 2017 by present Maharashtra Chief Minister Uddhav Thackeray with Member of Parliament (MP) Ramdas Athawale and actor Shreyas Talpade in attendance and the first film to be screened here was Ek Villain.

Gold Cinema was completely different from the original Hindmata which was now fully air conditioned theatre with seating capacity of two hundred forty seats situated on top floor of the building with quality sound system and a mini food court. Ticket prices were kept in range of Rupees eighty to one hundred fifty keeping middle class locals in mind. The iconic structure of the Mother India Goddess with flag in her hand was retained from the earlier cinema while its now old door keeper Heeralal was also back to work.

Keeping in mind the present trend, Gold Cinema screened new Hindi, Marathi as well as English films dubbed in Hindi. V. Shantaram’s 1972 classic Pinjara, which was digitalized in 2016 and screened at many cinema halls, ran successfully here. Another Marathi film Marg Maza Ekla (2015) which was much delayed released exclusively at this theatre and the Marathi audience got to see younger version of their favourite actors like Ajinkya Deo, Alka Kubal and Varsha Usgaonkar.

Tanhaji: The Unsung Warrior was one of the biggest hit at Gold Cinema before the pandemic and a special show was arranged for young cancer patients but due to some miscommunication between the theatre management and coordinators, the kids landed up for a regular show rather than special show. When the patrons present in the theatre came to know about this, they generously emptied the theatre for them. Kajol, the lead actress of the film, tweeted about this humanity shown by the audience.

Even in its new avatar, Hindmata continues to keep the flag flying high. Hail Mother India!! 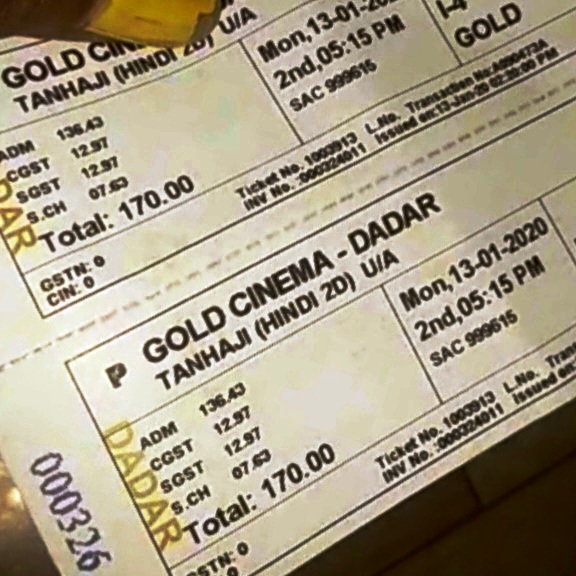