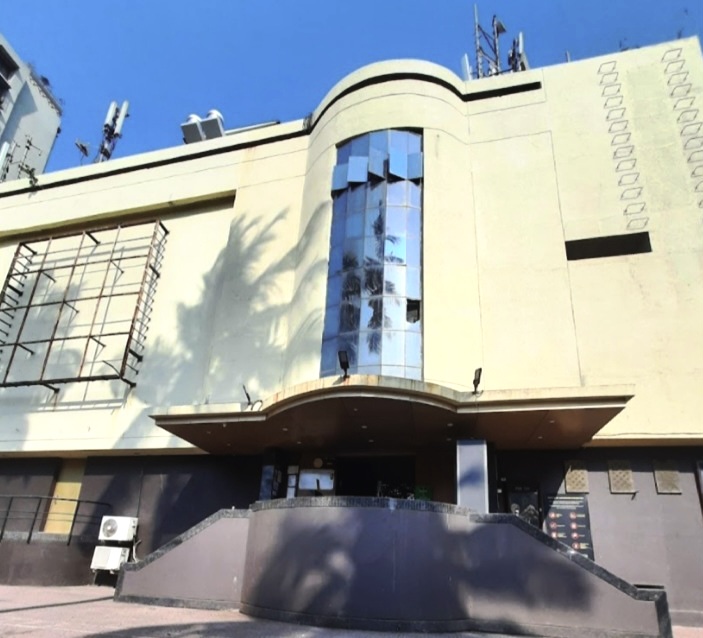 Samrat, meaning the Emperor in Hindi, lived up to its name as the emperor of movie theatres in the western suburbs. Located at Goregaon West, it also was called Tabela (Cowshed) theatre probably due to its proximity to the cowsheds around the area as well as the theatre itself, being built on one. But as the famous saying goes, “What is in a name?”

Anyway, the place on which the cinema was built was once an empty patch of land surrounded by trees where cows would come to graze and street urchins would play.

The ‘70’s ushered in new cinemas across Western suburbs from Bandra till Andheri. Samrat came up around the same time in Goregaon and was one of the biggest theatres in entire suburbs with one thousand four hundred seats equipped with latest technology and a genial ambience. It commenced operations in 1972 with the Rajesh Khanna-Mumtaz starrer Apna Desh which released during Khanna’s peak phase and ranks amongst his fifteen consecutive hits – a still unbroken record. You can well imagine the audience craze and euphoria at the newly opened Samrat during this release!!

The theatre was run by Mr. Pranlal Doshi in those days and was the largest cinema hall in the western suburbs almost the size of Metro or Minerva in town. Samrat had a huge stall and a fairly big balcony and the seats were named from A to Z. Due to its large capacity, it is said that the tickets would be easily available in current booking but for a blockbuster movie, the show would eventually turn housefull. The theatre didn’t compromise on cleanliness and comfort as the auditorium was centrally air conditioned and the washrooms were always kept tidy. There was a huge canteen serving snacks and beverages and its samosas are still fondly remembered by its past patrons. 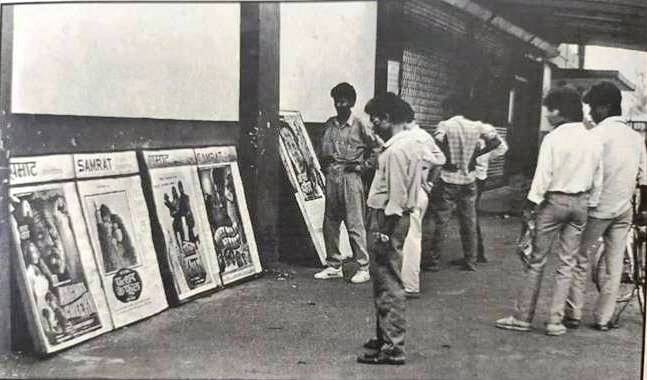 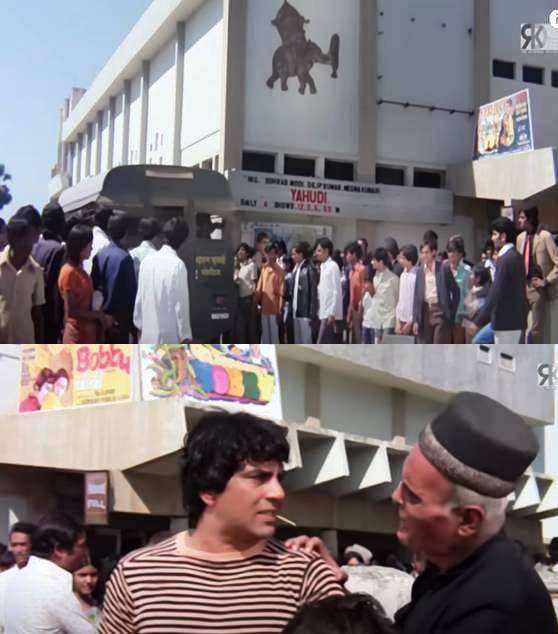 Samrat Cinema was seen in Manmohan Desai’s hit Chacha Bhatija (1977) which also ran successfully at this theatre. In one scene, Master Satyajeet Puri is shown selling tickets in black for the film Yahudhi (1958) and then his older avatar Dharmendra sells tickets for Bobby (1973). Interestingly, Yahudi came in 1958 when Samrat didn’t even exist but Dharmendra requested it to be shown for his friendship with Bimal Roy and Meena Kumari. Director Manmohan Desai then included the Bobby posters as a mark of respect for the legendary Raj Kapoor.

The ‘90s were unkind to Samrat as it faced the brunt of cable TV as well as the increasing entertainment tax. The theatre shut down in early 1996 with re-run of Dosti (1964) being its last release.

The property was then bought by Kanakia Group and they demolished the original structure to make a way for a plush plex named Cinemax. . In the late ‘90s, nobody knew what a multiplex was and Cinemax Goregaon became the pioneer in ushering that trend. The new cinema hall was equipped with modernized facilities never seen before. It had pushback seats with cushions and popcorn holders which our audiences had never experienced; the silver screen offered good quality picture with high definition (HD) projector. The sound system was premium Dolby surround which was completely new experience to the patrons. The old canteen with limited snacks made way for an elaborate food court offering multiple options. Cinemax was indeed a novel experience for its visitors though its seating capacity now reduced to six hundred seats only.

The theatre was almost like a foreign cinema hall which attracted the crowd from across Mumbai including the elite South Bombay patrons. The theatre opened its doors to public in December 1997 with much acclaimed Hollywood film Titanic which ran housefull for six weeks. The current booking never opened. Titanic was then replaced by Kamal Haasan’s comedy Chachi 420 which became its first Hindi release. Chachi 420 also ended up having a successful stint at Cinemax.

The next release took everyone by surprise. It was an unknown guy called Nagesh Kukunoor debuting as an actor, director, producer and writer in a film called Hyderabad Blues (1998). This film released only at Cinemax Goregaon in the night show starting 9.30 pm and turned out to be a sleeper hit of the year. Shringar Films, who was then controlling this theatre, made a unique tie up with Shoppers Stop where customers were offered free tickets to the film for shopping over two hundred rupees. 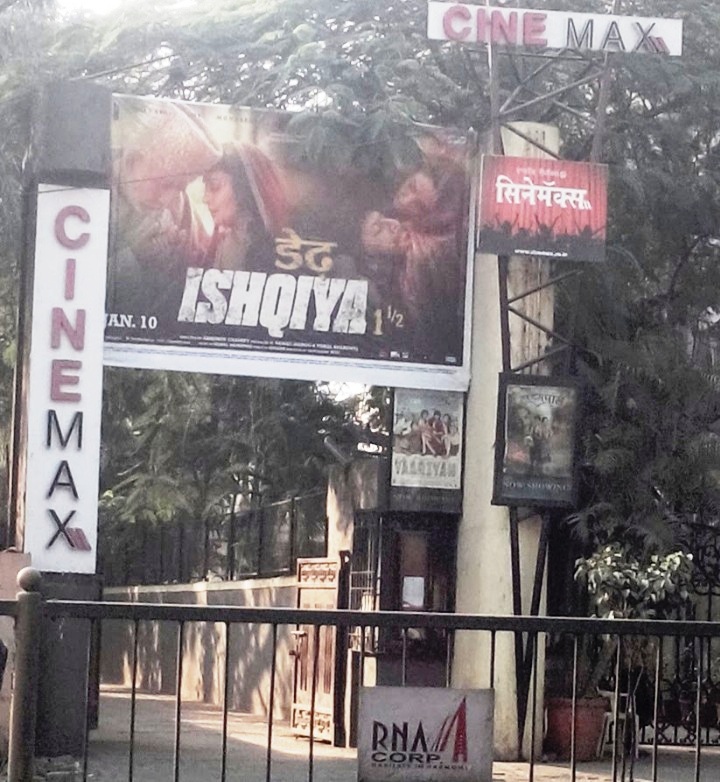 The first week shows at Cinemax went housefull with this clever marketing strategy and sure enough, the film picked up through strong word of mouth celebrating fifty days run here.

Like Samrat, Cinemax Goregaon also appears in a Hindi film called Rehnaa Hain Terre Dil Mein (RHTDM). It continues to screen the latest Hindi and English blockbusters but currently, it is taken over by PVR cinemas who merged all Cinemax properties with itself in 2017. The Emperor or Samrat still rules Goregaon!!