Being an ardent James Bond fan, Regal Cinema holds a special place in my heart. It was at this theatre that most of the Bond movies right from Dr No (1962) to the last instalment Spectre (2015) released in Mumbai. Not just Bond, the art deco Regal, situated at Colaba circle, has premiered the cremè de la cremè of Hollywood cinema from The Ten Commandments (1956) and Ben Hur (1959) to The Sound of Music (1965) and Psycho (1960). In those days, English films used to release only in town area and not in the Mumbai suburbs. Thus, theatres like Regal used to service not just the neighbourhood cine-goers but the entire Mumbai.

The first air conditioned theatre in India; Regal was built by noted architect Charles Stevens in the early 1930’s British era and opened with the Laurel Hardy movie called The Devil’s Brother (1933). Gradually, it became the Mecca of Hollywood cinema premiering blockbusters like The Wizard of Oz (1939), Gone with the Wind (1939), The Guns Of Navarone (1961), Mackennas Gold (1969) and Enter The Dragon (1973).

The theatre also hosted Filmfare awards function in 1959 which was attended by the bevy of Bollywood stars with Dev Anand and Vyjanthimala winning their best actor and actress trophies. I watched a lot of Hollywood re-runs at this cinema particularly the old Bond movies of Sir Sean Connery and Roger Moore. Titanic and Independence Day (1997) were two blockbuster hits I saw here in the late ’90s. In fact, Titanic celebrated a Silver jubilee run at this cinema. This was one theatre in Mumbai frequented by foreigners who loved to treat themselves to a chilled beer at the nearby Leopold or Café Mondegar and then hop in here to catch the latest Hollywood release. Closely associated with Hollywood cinema, Regal occasionally played Hindi films also like B.R. Chopra’s Insaf Ka Tarazu (1980), Vidhu Vinod Chopra’s Khamosh (1986) and Rajiv Rai’s Tridev (1989) which ran for many weeks here. Richard Attenborough’s Oscar-winning Gandhi (1982) was another much-appreciated film that completed a silver jubilee (25 weeks) run at this prestigious cinema. 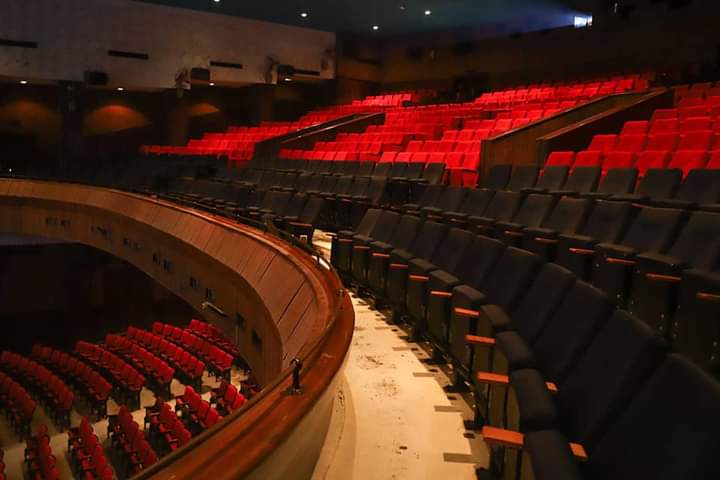 Post 2000s, Hollywood films started playing at the suburban multiplexes which impacted Regal significantly. The theatre then started screening new Hindi and Marathi releases also to stay afloat. Gradually, it lost its sheen and glamour as audience preferred multiplex viewing to the traditional single screens. At the same time, two of Regal’s competitors – Metro and Sterling – turned in to multiplex themselves but Regal continued in its art deco single-screen avatar. There were rumours of its multiplex makeover but those turned out to be false. In 2018, the theatre management – Globe Cinemas – hinted at permanent shutdown of Regal due to the impending losses. It led to an uproar on social media and calls to save the grand old theatre by patronizing it.

Taking the clarion call, I went to watch Bohemian Rhapsody at this cinema in November 2018. For a Saturday evening prime time show, the one thousand plus capacity theatre was able to fill roughly two hundred seats only. The stalls were practically empty. I went again a couple of months later for Rohit Shetty’s Simmba (2018) and this time, the theatre was near housefull with cheering crowd which reminded me of its past glory.

Regal cinema is yet to open after the Corona pandemic lockdown in March 2020. Like most single screens in Mumbai, it has preferred to stay shut till a big-ticket blockbuster arrives to save the day. Hope that comes at the earliest!! 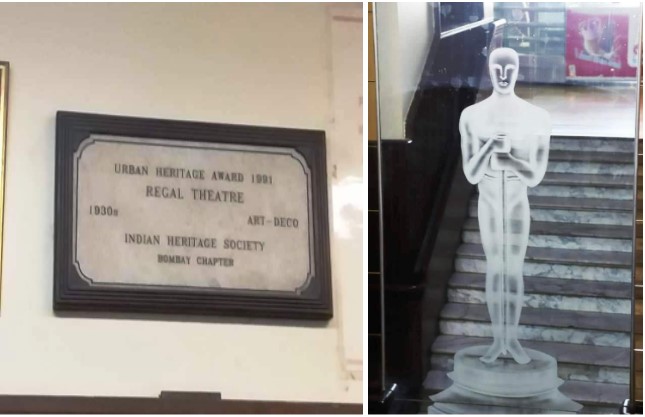