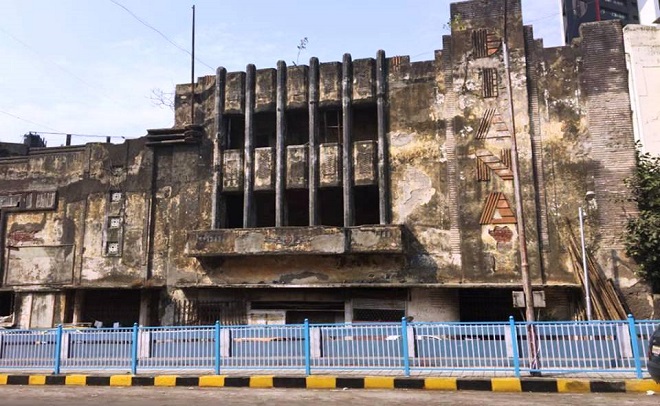 This theatre, situated in Tardeo, derives its name as well as existence to a winning horse in a derby at Mahalaxmi. Its owner, a Parsi gentleman, constructed the theatre sometime in 1942 from his horse race win and named the theatre after the winning horse Diana. He also owned two more cinema halls close by – Daulat near Mumbai Central and Derby at Dongri which has now transformed in to Premiere Gold Cinema.

Officially controlled by the Diana Talkies Trust (1943), the founding beneficiaries were Bai Freny, Bai Dinbai, Bai Dhunbai Sopariwalla. Like the more renowned theatres of South Bombay (SoBo), Diana was also known for its art deco with a grand four horses chariot sculpture on top of its majestic screen.

The theatre screened English as well as Hindi films with Sunday morning 10 am shows specially reserved for Hollywood films which were frequented by the neighborhood movie buffs specially the Parsis. During its prime, family audiences also preferred visiting Diana though it would screen re-runs or films which had exhausted its run from main SoBo theatres.

The main reason for this preference was the economical ticket prices which were almost half of what prime cinemas like Metro, Regal, Eros and Sterling charged in those days. The audience got to view their favourite blockbusters at a throwaway price starting as low as sixty five paise for lower stalls and going up to two rupees for balcony class.

Another peculiarity of Diana Talkies was that there was no advance booking here and the box office counter would open around fifteen minutes before the current show time. Moreover, the theatre didn’t follow the practice of numbering the tickets for stalls and it was purely on “sit where you get place” basis like the Mumbai local train. The theatre entrance had a big gate and once the gatekeeper opened it, the audience would rush inside to find their favourite seats. Ladies and children were given first preference to enter the theatre and they would run to block seats for themselves as well as their men. A unique practice indeed!!

In those non-digital days, the limited film prints would be shuffled between nearby theatres. On many occasions, the prints would take time to reach Diana and it used to fill in with forthcoming movie trailers just to keep the audience occupied. Diana was never the main theatre for any Hindi film except for a stray Dara Singh actioner for which the actor himself attended its premiere here. 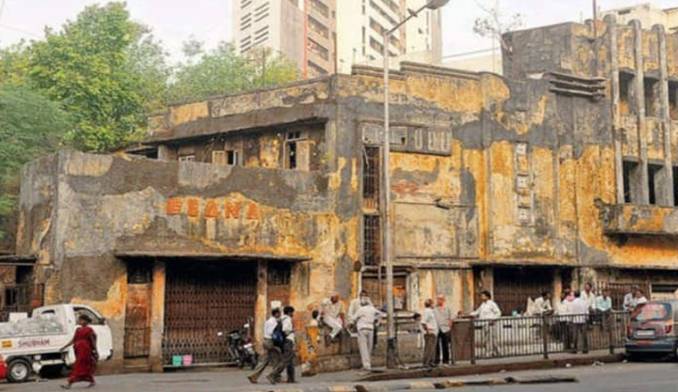 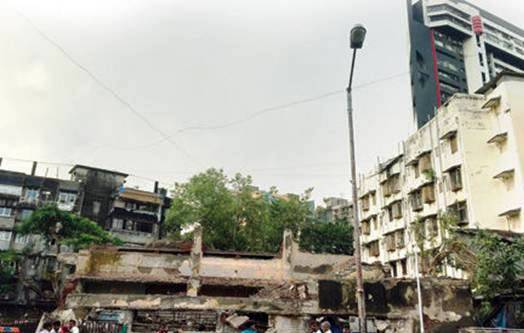 Diana survived screening films which exhausted their first innings and re-runs for nearly four decades until the rampant video piracy in the ‘80s tookp a toll on its financial condition. With video cassettes of new films easily available in the market same day of its theatrical release, the patrons weren’t interested in watching re-runs or waiting for weeks to watch that particular film at Diana at practically the same video rental price. Unable to bear the impending losses, Diana shut down in the late ‘80s and remained in dilapidated state for almost the next thirty years.

After the theatre downed shutters, nobody cared to preserve or re-develop the iconic structure and it started becoming more and more creepy, resembling a ghost building. Diana also ran into legal trouble and was declared an enemy property as one of its beneficiaries – Bai Dhunbai – migrated to Pakistan during the partition.

In recent years, the building came to shambles so much that it could collapse any time and hence, the Brihanmumbai Municipal Corporation (BMC) attached a notice there alerting citizens to stay away from the run down structure and not venture anywhere close to it. Finally, the once bustling cinema hall was reduced to debris in September 2017. Nothing has been spoken about its future plans as on date.