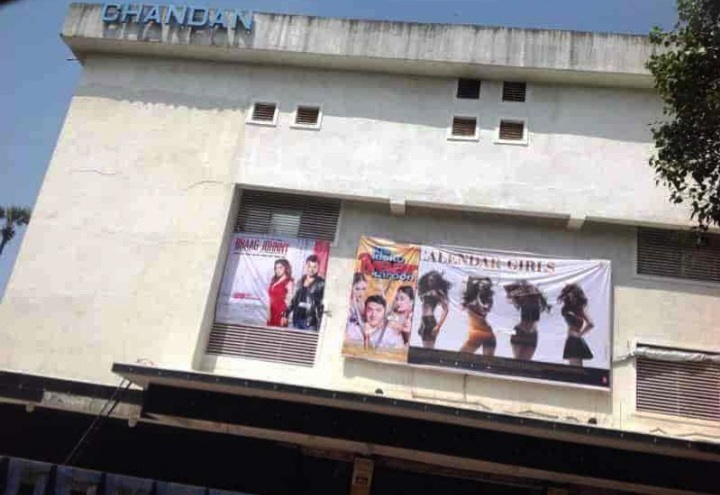 We know Emperor Shah Jahan built the iconic monument Taj Mahal for his wife Mumtaz but do you know a certain businessman dealing in plastics who built a movie hall for his wife and even named it after her just like Shah Jahan did. The businessman is Baijanath Joshi and the theatre is none other than Chandan Cinema situated at the corner of Juhu close to ISKCON temple. The story goes that Joshi and his wife Chandrakanta were extremely fond of Hindi films and would watch a new release every Friday. Once they had to return home disappointed as the show was full which greatly annoyed the lady. It was then that Baijanath decided to purchase a plot in the mangroves of Juhu and build a theatre there called Chandan – a name he lovingly called his wife.

The theatre commenced operations in 1973 and was inaugurated by the industry showman Raj Kapoor. The first film to release was Raj Kapoor’s Bobby which featured his son Rishi Kapoor with the gorgeous Dimple Kapadia. Unlike today, Juhu wasn’t that developed in the early ‘70s and the area was surrounded by mangroves. Chandan was one of the first cinemas to come up here and proved a great relief for its locals as well as nearby Versova and Andheri (Juhu Galli) residents who did not have any cinema hall in that region.

During these days, there was no proper transport facility near the theatre as it was far away from the station and no public buses would ply in that marshy area. Even auto drivers would fear venturing here in the night. This made it difficult for audience during the night shows. The theatre owner Baijanath Joshi then came up with an idea of starting his own bus service which would drop the last show audiences to the nearest station free of charge.

The 1978 film Ghar had a much discussed scene where the films heroine Rekha gets gang raped while her onscreen husband Vinod Mehra gets badly beaten up by goons when they are walking home after watching a night show at Chandan Cinema. This caused a serious scare in the audience for some time. Fortunately, this didn’t last long and the audience continued to visit the cinema hall like before.

There was a time in the 70s when Chandan screened Hollywood films as well. The theatre projectionist Kasim Baig who worked here from 1975 to 2012 recalled getting a letter from patrons to screen Saturday Night Fever (1977) which remains the longest running English film at the cinema. The theatre was non air-conditioned through the ‘70s and ‘80s until Rajshri Productions upgraded it to air conditioned and ultra stereo sound for their blockbuster Hum Aapke Hain Koun (1994). 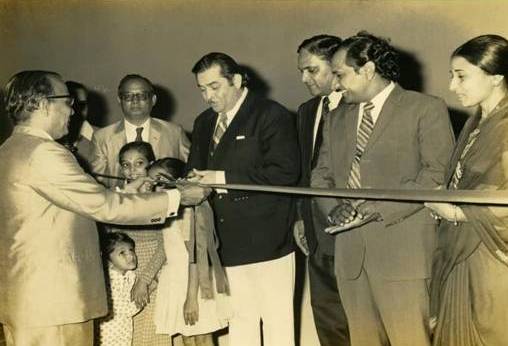 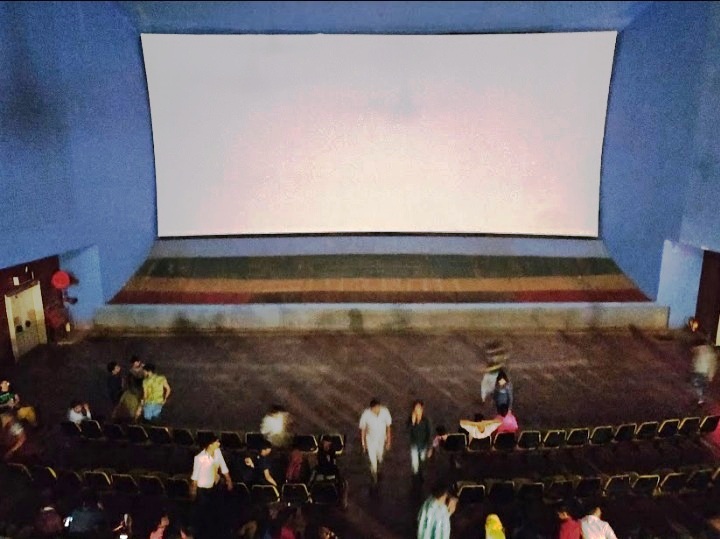 Chandan screened every new Hindi release of the ‘70s and ‘80s and as the area transformed to an elite destination, witnessed many celebrities visiting or associating themselves with it. Filmmaker Sajid Khan, a self confessed fan of Jeetendra, claims that he saw the blockbuster Himmatwala (1983) more than fifty times at this theatre. Thirty years later, Sajid remade Himmatwala (2013) with Ajay Devgan and released it at the same Chandan Cinema. The remake however didn’t perform to the high expectations.

Director Rohit Shetty and actor Ajay Devgan also share a unique bond with Chandan. A young Rohit worked with a production house whose office was right opposite the theatre. While at work, he would often observe the queue outside the cinema and dream of seeing his films’ poster here. This dream was realized when in 2011, his Singham starring his childhood buddy Ajay was released at Chandan and both of them went to the theatre to gauge the audience reaction which was overwhelming. Even earlier, Ajay Devgan’s Phool Aur Kaante (1991), Dilwale (1994) and Vijaypath (1994) were huge hits at Chandan.

In 1994, Shekhar Kapur’s highly controversial Bandit Queen released at Chandan and the management organized special shows for women every afternoon for a whole week. Another film from that era which did well here is David Dhawan’s Biwi No 1 which was released during the 1999 Cricket World Cup but still attracted huge crowd with a seventy rupees ticket getting sold in black for a staggering one thousand rupees. The movie was running housefull even on weekdays but after three weeks, was replaced by Sanjay Leela Bhansali’s highly anticipated Hum Dil De Chuke Sanam which again did good business.

There were multiple films shot at Chandan in the past few decades; first being Ketan Desai’s Allah Rakha (1986) whose song “Naa Amar Naa Akbar Naa Main Anthony” was picturised here on Jackie Shroff and Dimple Kapadia; the second one being Game (1993) which showed Aditya Panscholi selling tickets in black outside this theatre and the recent instance being Munna Michael (2017) where the leads Tiger Shroff and Nidhi Agarwal grooved to the song “Ding Dang” in the parking lot of this cinema. 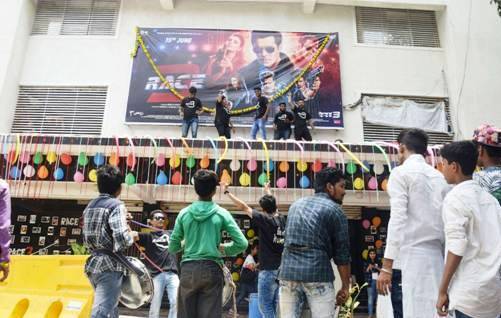 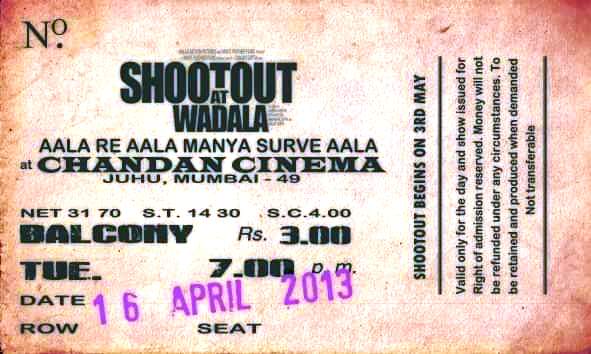 In 2006, a plush PVR multiplex came right opposite Chandan Cinema which affected its business to a considerable extent but nevertheless, Chandan overcame those hard times.

Director Sanjay Gupta chose Chandan Cinema as a venue to release the popular song “Aala re aala Manya aala” from his film Shootout at Wadala (2013) and the event was attended by most of its cast and crew members. A special invitation resembling a cinema ticket was published for this occasion.

A shocking news about Chandan’s impending closure came up in January 2019 even as Rohit Shetty’s latest release Simmba was running to packed houses at this cinema. This was like an era of single screens coming to end in the suburbs as Chandan was the only old cinema hall left beyond G7 (Gaiety Galaxy) Bandra which still lived up to its past glory.

In an interview to a daily tabloid, Sameer Joshi, son of Baijanath Joshi and the current owner of the theatre, stated that Chandan had tied up with the reputed Wadhwa group and would be converted to a multiplex offering the latest facilities and likely to reopen in a couple of years.

After this announcement, Chandan still continued to run for a couple of months delivering another big hit Gully Boy in February 2019. The cinema downed shutters with Akshay Kumar’s Kesari in March 2019 which was its last release.

A year later, the Corona pandemic struck India forcing all theatres to shut down and till date, it is unclear about the exact timeline when Chandan will enter its next phase as a multiplex.