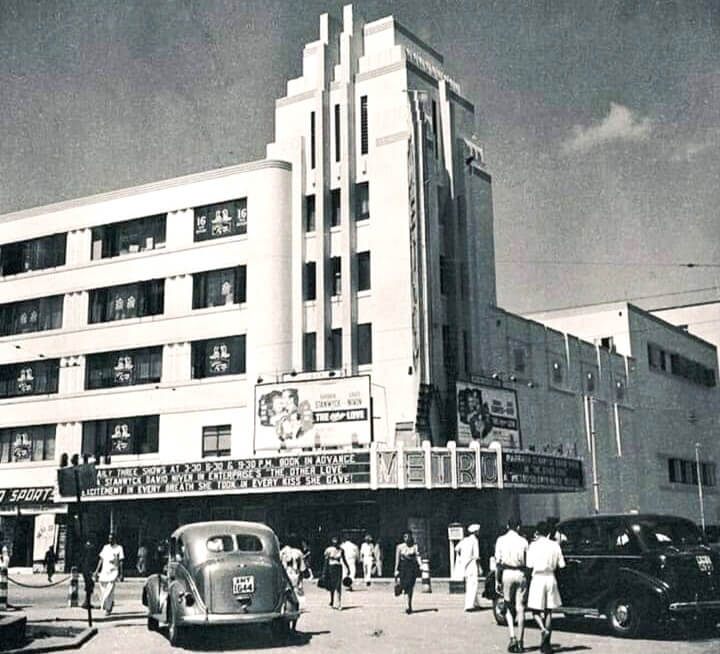 A true world class cinema in the heart of Mumbai at Dhobi Talao; Metro spells sheer excellence in its every aspect – the art deco design, the opulent interiors, the elaborate menu spread in its canteen and lastly, the uber class audience who have patronised it right since its inception in 1938.

At that time, the theatre belonged to Metro Goldwyn Mayer (MGM) and used to exclusively screen its films with the popular lion’s roar as the logo. In 1955, Metro famously hosted the first Filmfare awards function which was attended by the entire Hindi film industry. It continued to screen English films till early ’70’s when the cinema hall was acquired by the Gupta family.

Metro started screening Hindi films with industry showman Raj Kapoor’s Bobby (1973) which had a star studded premiere here launching the career of his son Rishi Kapoor and the gorgeous Dimple Kapadia. Soon the theatre became synonymous for its red carpet premieres. Indeed, it became a matter of prestige and status to release ones movie at the Metro. Raj Kapoor’s highly anticipated Satyam Shivam Sundaram (1978) was released here in a grand event attended by the who’s who of the film industry. The Kapoor brothers – Randhir, Rishi and Rajiv – were seen welcoming their guests at the entrance. Later, Randhir Kapoor chose this theatre to premiere his late father Raj Kapoor’s unfinished dream Henna (1991). The film was a super hit here.

The next showman after Raj Kapoor who preferred Metro cinema is the legendary Subhash Ghai whose Ram Lakhan (1989), Saudagar (1991), Khalnayak (1993), Trimurti (1995) and Taal (1999) released at this theatre. Except Trimurti, all his films were silver jubilee hits here.

Another top producer of that era was the ex- censor board chief Pahlaj Nihalani whose most films were released at Metro cinema. His Paap Ki Duniya (1988), Mitti Aur Sona (1989), Aandhiyan (1990), Aankhen (1993), Andaz (1994) and Mr. Azaad (1995) premiered here to a good response. Particularly, Aankhen was an all time blockbuster which ran housefull for several weeks at Metro.

In 1994, noted producer- director Vidhu Vinod Chopra chose Metro to premiere his magnum opus 1942 A Love Story and this was the first theatre in Mumbai to be upgraded to Dolby Stereo specially for this film. The premiere was scheduled at 9.30 pm and started five minutes late when suddenly, Chopra got up and started closing the doors of the cinema one by one as he didn’t want any kind of disturbance from latecomers. His logic was that he had spent his precious four years on this dream project and those who arrived late didn’t respect his film and effort at all. Many well known actors and celebrities were left standing outside Metro in the bargain. 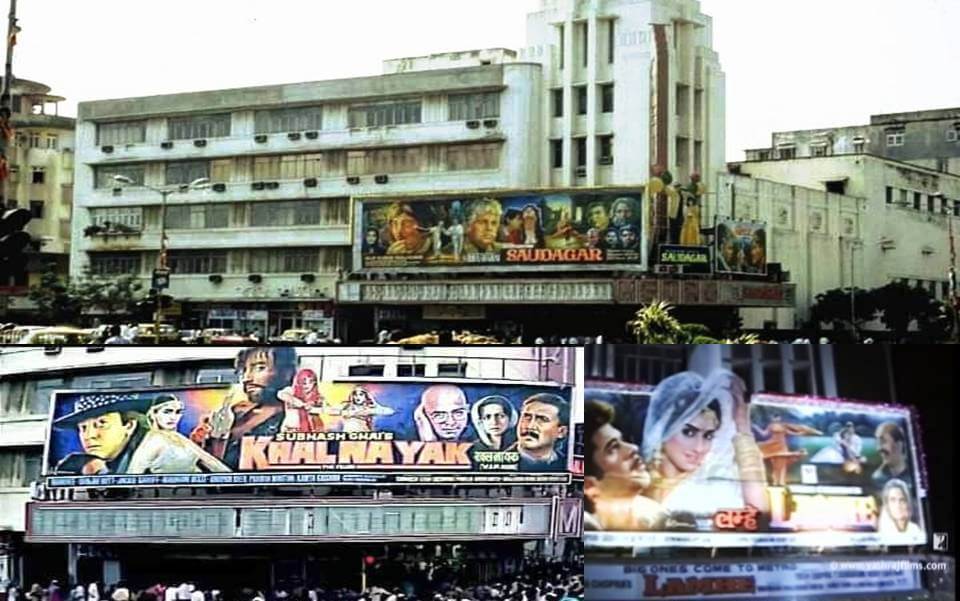 Throughout the ’80s and ’90s, Metro cinema was to its audience what high end multiplexes are today. In those days, movie enthusiasts would travel long distance from faraway suburbs to catch a film here just for its unique experience. The theatre became bigger than the movie itself on these occasions.

With the advent of multiplexes, Metro faced the heat in the new millennium. The one thousand four hundred seating capacity was difficult to fill in even on weekends. Recognizing the change in tide, it decided to go the multiplex way.

After a brief closure in mid 2000s, Metro re-opened in August 2006 as Metro Adlabs with Karan Johar’s Kabhi Alvida Naa Kehna. The one thousand four hundred seater single screen was transformed into a six screen multiplex with commercial offices on top floors and a huge parking facility.

In its new avatar, Metro became one of the most expensive plexes in town. It underwent multiple name change in the multiplex consolidation phase from Metro Adlabs (2006 to 2008) to Metro Big Cinemas (2008 to 2016) and now Metro Inox (2016 onwards). In 2016, it introduced a special mini audi for kids called Metro Kiddles where children films are screened. The elite Insignia audi offers another unique state of the art experience with fifty mega sofa sized seats. The price of each ticket extends up to Rs one thousand.

Whether a single screen or a premium multiplex, Metro’s glorious saga is unparalleled even as it continues to enthrall and entertain the classes.. 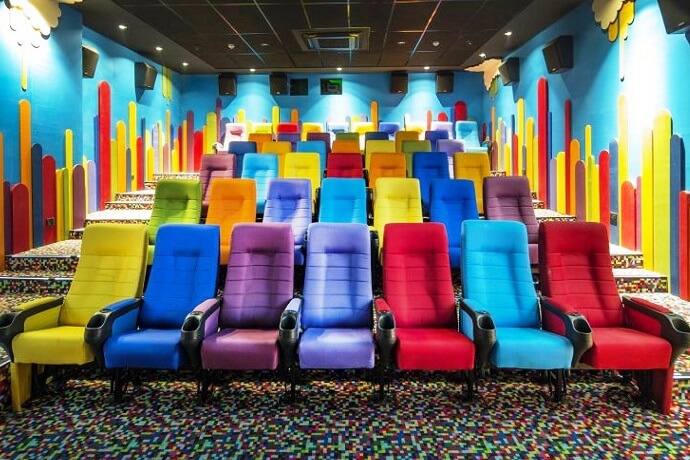 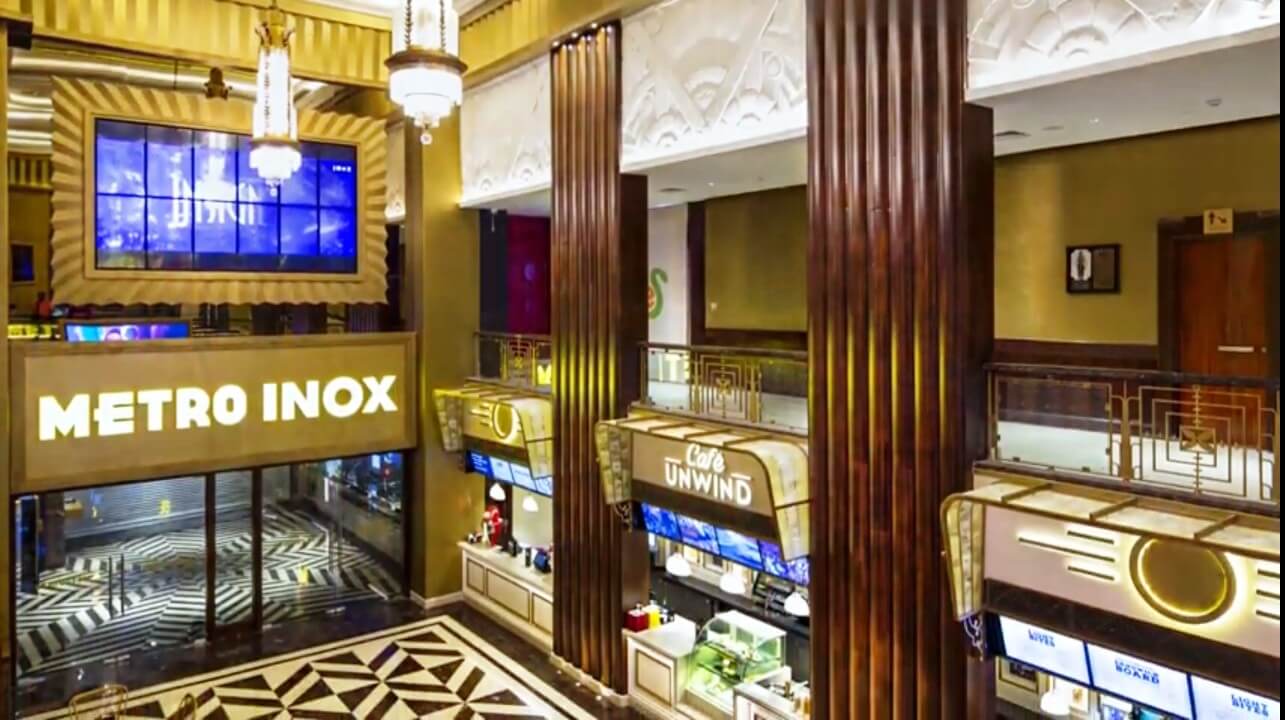