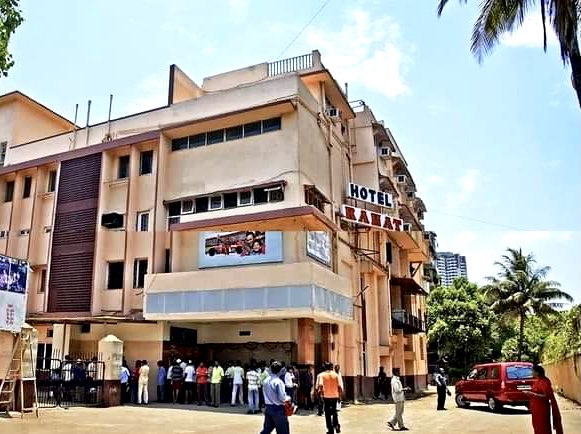 Presently the only surviving single screen of Worli, Geeta Cinema started out as Kumkum Talkies in the early ’50s which was then owned by Ferozeshah Arya and his son Rusi Arya who also ran the New Shirin Talkies at Saat Rasta.

In those days, Kumkum had just one peer and its sole competitor – Lotus Cinema – situated near Nehru Planetarium. With its centralised location at Worli Naka, Kumkum had a clear advantage of easy access from Parel/ Lalbaug side right up to the lower middle class surroundings of BDD chawls of Worli. It screened quite a few big hits of that time which made careers of certain actors like Woh Kaun Thi (1964) which gave Sadhana the tag of a mystery woman, Phool Aur Patthar (1966) which was Dharmendra’s ticket to stardom, Mera Gaon Mera Desh (1971) where the villain Vinod Khanna got more applause than the hero and Dev Anand’s Hare Rama Hare Krishna (1971) in which Zeenat Aman changed the image of Bollywood heroine forever. These films pulled in the crowd at Kumkum.

In the mid ’70s, the theatre was taken over by Ashok Awlani who re-named it Geeta which continues to be its popular name till date. Geeta was a well maintained cinema hall with approximate capacity of 800 seats similar in look and feel to New Citylight Cinema at Matunga. Its canteen was famous for its cup brown cake with pink & yellow lining on it.

Ramesh Sippy’s Sholay (1975) remains the longest running film here celebrating its silver jubilee with an amazing back story worth a mention. When the film was running in its first week at Geeta Cinema, director Ramesh Sippy went to gauge the audience reaction and was told by the theatre manager that the sales of snack and beverages during the interval are getting impacted ever since the release of Sholay. They were unable to understand at first why this was happening but later realised that the audience was so stunned and mesmerized by this spectacular film that they didn’t venture out during the interval fearing that they might lose an important part of the film.

During the release of Chupke Chupke, there was no formal announcement of the film releasing at this theatre. The posters and ads were put up just a day before the film’s release and yet all shows for the first week got sold out pronto.

In the late 70s, Lotus Cinema shut down but the emergence of Satyam Sundaram Sachinam trio at Worli passport office increased the competition for Geeta Cinema. All the big ticket releases would now come first at the triplex and Geeta lost its first preference advantage both for distributors as well as the viewers. Nevertheless, it survived the critical video boom era of the ’80s and 90’s right till the beginning of new millennium when Satyam trio shut down and Geeta became the only choice for Worli residents.

In April 2007, Geeta shut for a couple of months for renovation and re-opened with Yashraj Films Ta Ra Rum Pum with spacious seating and enhanced car parking facilities. Unfortunately, this makeover turned out to be a short lived affair as the theatre downed shutters in November 2007 with its last release here being the anthology film Dus Kahaniyaan.

The plot was taken over by Lodha group who decided to develop it into a commercial property.
With Geeta gone, there was no other cinema hall left in Worli. The residents had to travel down to Plaza or Chitra at Dadar or Bharatmata and Deepak at Lalbaug/ Parel for their movie outings.

By 2011, the commercial building was ready and functional. The Lodha Group was against starting a cinema hall and the plot reserved for the same (as per Government regulations) was used as projection room by corporates. The locals objected to this and sought help of certain political party. Finally in January 2019, the theatre rechristened as Odeon exhibited the biopic Thackeray for three days but had to discontinue operations thereafter as the theatre wasn’t fully ready yet. Odeon Cinema formally opened in March 2019 with Akshay Kumar’s Holi release Kesari. The new theatre was much smaller than the erstwhile Geeta but now Worli residents finally got a movie venue in their vicinity. Shut in the Corona induced lockdown, Odeon is expected to commence business once things normalise. 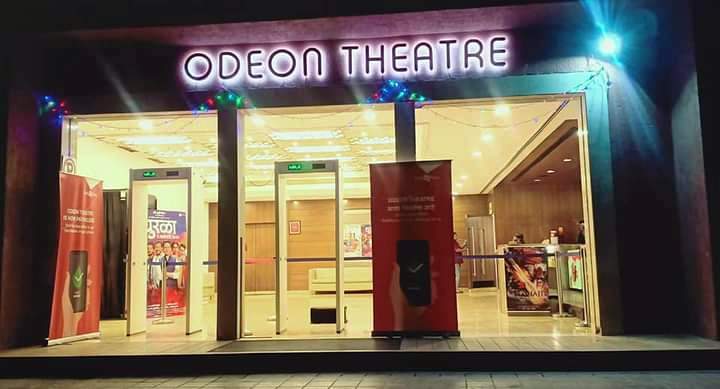