The landmark of Dadar situated right in centre of its bustling market at a stone throw away from western railway station; Kohinoor cinema’s life journey has been akin to a typical Bollywood potboiler – full of ups and downs – as it crisscrossed from being a prime theatre to a downtrodden B grade screener which later transformed in to an elite class single audi of a popular multiplex brand. Phew. Ajab Gazab Kahaani indeed!!

The thousand seater cinema was known to screen Hindi as well as Marathi films for its local Maharashtrian crowd. The theatre itself was a gigantic structure resembling a hut with thatched roof and iron grills at the entrance from which you walked inside to the box office window. To the left of the box office was a small courtyard from where you proceeded to the stalls while you had to climb the rusty stairs to reach the balcony. Interestingly, the balcony area of the theatre exited from a nearby shop while the stall had an exit from Dadar vegetable market where patrons would prefer shopping for groceries and other items after watching the film.

Like Bharatmata in Lalbaug, Kohinoor cinema had a fruitful association with Marathi legend Dada Kondke whose films were huge success here. However, this association started on a sour note when the theatre management decided to pull down his maiden production Songadya (1971) and replace it with Dev Anand’s Tere Mere Sapne (1971). This was inspite of Dada Kondke booking the theatre few weeks in advance. Distressed by this unfair turn of events, Kondke approached Shiv Sena Supremo Balasaheb Thackeray who intervened in the matter and his party members protested outside the theatre. Songadya was back at Kohinoor and became a blockbuster here. This well known fact forms part of the recent Thackeray (2019) biopic as well. 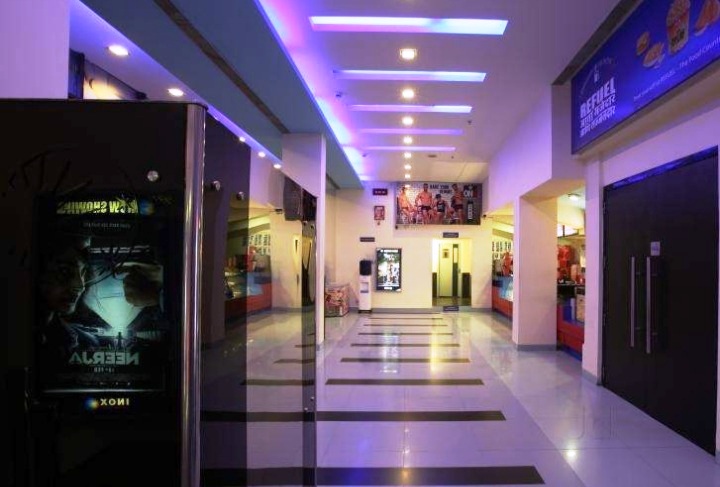 The video boom in the ’80s and tough competition from neighbouring Plaza and Badal Bijlee cinema led to decline in Kohinoor’s fortunes and it started screening soft porn Hollywood films as well as adult Hindi films like Be Aabroo (1983), Meri Izzat Bachao (1984) and Miss Pamela (1989) which filled up its seats especially in the morning shows. Shockingly, the theatre allowed underage patrons to these ‘A’ rated shows which pulled in substantial crowd from its nearby school and colleges. During this time, the theatre was largely avoided by the family audiences who preferred Plaza for Marathi movies and Badal Bijlee for Bollywood cinema

In the early ’90s, Kohinoor benefited from the closure of Badal Bijlee Cinema as well as the neighboring Plaza which shut after becoming a target spot of the 1993 Bombay blasts. It started screening the new Hindi releases and was able to sustain itself right till the end of the decade when the refurbished Plaza and the newly constructed Movietime Starcity sprang up.

It was in this mid ’90s era that I saw quite a few Hindi films at Kohinoor: Ghar Jamai (1992), Pehchaan (1993), Mohra (1994), Raavan Raaj (1995), Hum Se Hai Muqabla (1994), Khiladiyon Ka Khiladi (1996) and Tu Chor Main Sipahi (1996) to name a few. During the screening of Humse Hai Muqabla (Hindi dub of Shankar’s Kadhalan), I remember being seated in the crammed stall and when the chartbuster “Muqabla” song started, it suddenly started raining coins from the balcony which hit me on the head. Some patrons started dancing wildly and collecting the coins which continued raining right till the iconic song ended. An unforgettable experience!!

With Plaza and Starcity back in action by late ’90s, Kohinoor again declined from early 2000 and started screening B graders and Mithun Chakraborty re-runs. The last mainstream Hindi release here was Sohail Khan’s Maine Dil Tujhko Diya (2002).The theatre shut operations in May 2003 and was demolished almost immediately.

In early 2006, large hoardings across the Dadar streets announced the grand opening of the area’s first ever mall in erstwhile Kohinoor’s premise. The mall was named Nakshatra and housed commercial shops (mostly clothing and electronics) on its first two floors and a single screen auditorium on its third floor. Rechristened Fame Nakshatra cinema, the theatre commenced operations from Diwali 2006 with two big ticket films – Shah Rukh Khan’s Don and the Akshay Kumar- Salman Khan starrer Jaanemann.

One interesting incident of this time was when we went to watch Don (2006) for Sunday morning show and realized after hour an hour that the tickets were actually for next day as there was some goof up at box office counter. As the show was housefull, we had to leave but were able to catch the same film next day as the theatre manager signed on our tickets to allow us entry on the already torn ticket stubs. We got to enjoy the popular “Yeh Mera Dil” song twice!!!

The new Fame Cinema was a two hundred fifty seater single screen offering multiplex like facilities to its audience. It screened the latest Hindi, English as well as Marathi films and offered lucrative schemes to its audience like Vodafone Tuesdays in which you could get two tickets for the price of one. This attracted a lot of youngsters from the nearby colleges and even money conscious adults like me who saw films like Athithi Tum Kab Jaoge (2010) and Marathi comedy No Entry: Pudhe Dhoka Aahe (2012).

Sometime in 2012, Fame cinemas was acquired by Inox and the theatre was now called Inox Nakshatra. The seats and ambience was further enhanced and the present cinema is one of the best in the Dadar area. It is also the only one which resumed its operations post Covid lockdown. From Kohinoor to Inox, the show goes on..